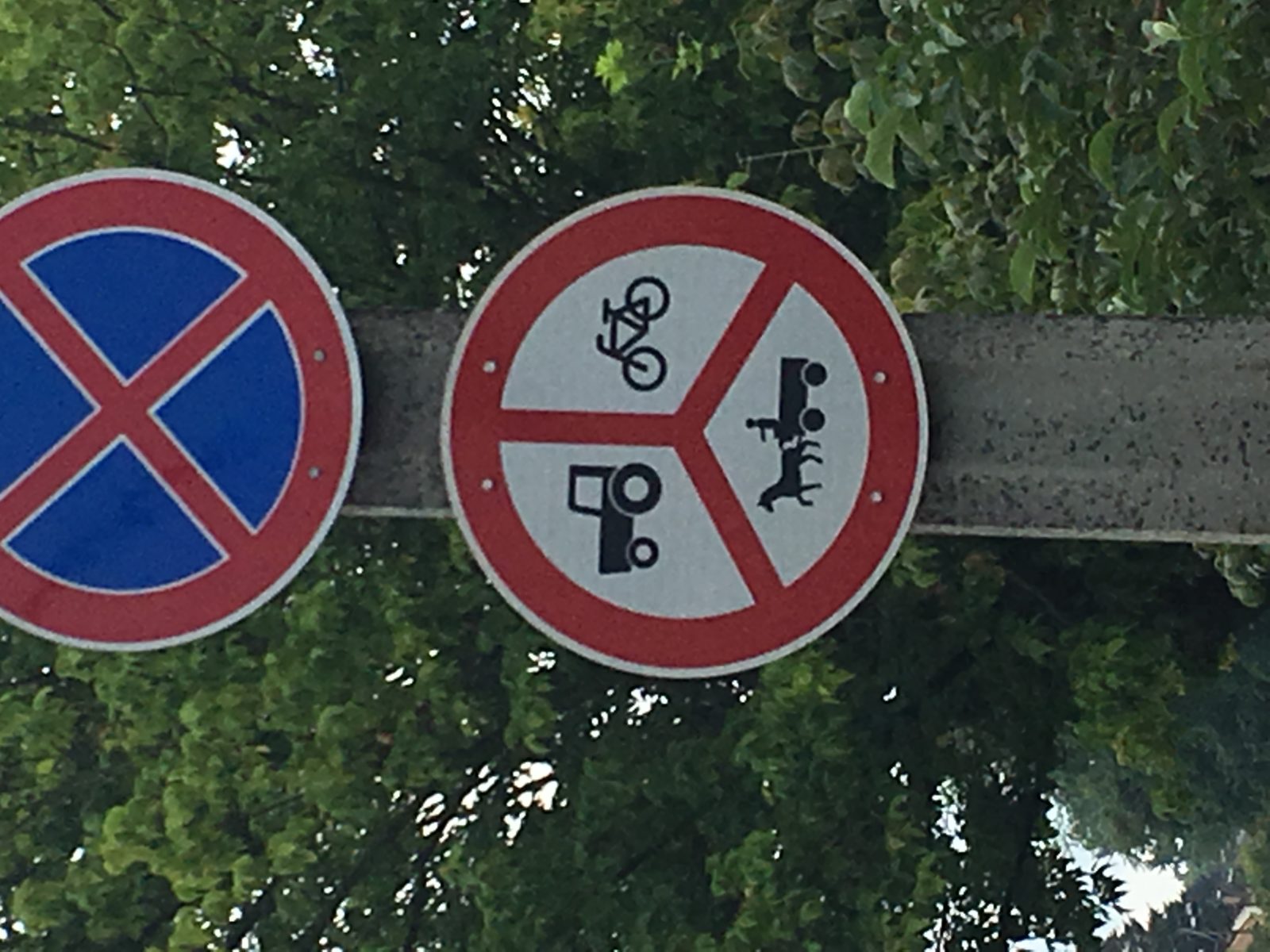 Even though we have spent 3 weeks in total in Hungary we haven’t done as much cycling as we might have expected, as there was a lot of socialising to be done! We had a day off up in the north east, time off in Budapest, holidayed on Lake Balaton and chilled in Pecs. Hungary has been good to us and here are a few observations and learnings we made along the way….

1. The Hungarians are a friendly bunch and we only had positive encounters with the people we met – from accommodation hosts and receptionists, shopkeepers, waiters to random meetings like with Viktor and Zsanett.

2. In general the standard of the roads are okay though we did feel as though we’d been transported back to Poland on a couple of occasions! The drivers are definitely not as used to seeing cyclists as in some of the other places we’ve been to, and on a few occasions have gotten pretty close. There are bike paths, but they tend to be in towns and can be rather sporadic in nature. Many roads (not just motorways) are closed to cyclists and you often only find this out when you see the sign below (note tractors or horses and carts are also forbidden) at the very last minute – and on many occasions there didn’t appear to be any alternative, very confusing and frustrating! Don’t tell anyone, but when this happened we may well have broken the law! 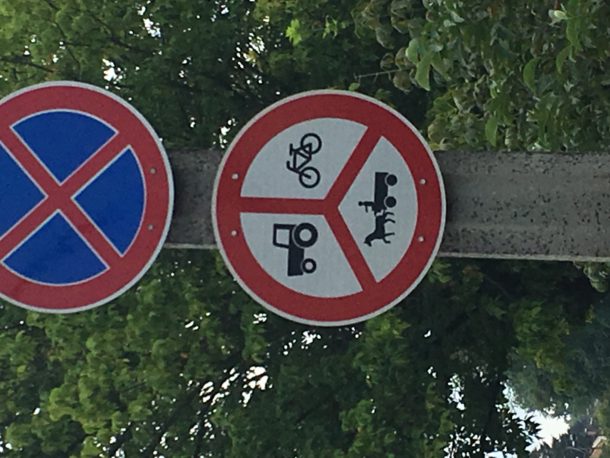 3.  We haven’t done a litter update recently, so here goes…Poland, Czech Republic and Slovakia, all pretty bad and on a par with the UK. Austria was surprisingly bad and probably equal to the countries above. Hungary however is the worst we have seen so far.  There are plastic bottles and cans everywhere, which is a real shame as that’s all the obvious recyclable stuff. This sparked a long conversation on how to overcome this and no, we don’t have the answer. We also had our first incident of someone in a car deliberately throwing something out of their window at us – only a tin can and it missed! Other cyclists mentioned this as being quite common, so we’ve done well so far.

4. Sweeping statement coming up; in Western Europe we reckon most of us think that Eastern European citizens and their governments are happy to be part of the EU…those that are in that is! This isn’t necessarily the case and a good example is the current Russia-leaning Hungarian government. We also had conversations in other countries that showed that some citizens really don’t want to be part of the EU and would rather align themselves also with Russia. Also of note – the well publicised fence that Hungary put up to keep migrants out was erected as part of an election campaign. As in Slovakia no migrants stay in Hungary as they all want to get to Germany, Sweden, UK, etc.

5.  For some reason we have encountered more barking dogs here than elsewhere on our tour so far. The most activity is as the sun goes down when there is a cacophony of barking and howling, regardless of whether we are in the country, or in a town or city.  Most annoying when it continues into the night!

6. In many of the towns and villages there are blue water pumps at the side of the road, a throwback from when water wasn’t piped into all the houses and wells were being phased out. Many of these pumps still work and have proved invaluable to sweaty, thirsty cyclists! And the further south we went we noticed that nearly all the houses still had their old wells in their gardens, some of which were obviously still being used.

7. Whilst in Balatonlelle we were introduced to the ‘Long Step’ drink, a white wine spritzer. It is, however, no normal spritzer as there are many different types depending on the amount of wine and soda that is in it… very tasty and refreshing nonetheless! We also noted that corn on the cob is available to buy on the beach (lakeside), not something we would think of as a beachside snack!

8.  Hungary is NOT the place to be on a diet as a lot of the food tends to be fried and/or dough based.

9. The ‘totem pole’ conundrum remains even though we have asked numerous natives – they don’t know what they are either! Many towns and villages have these wooden poles in prominent places. 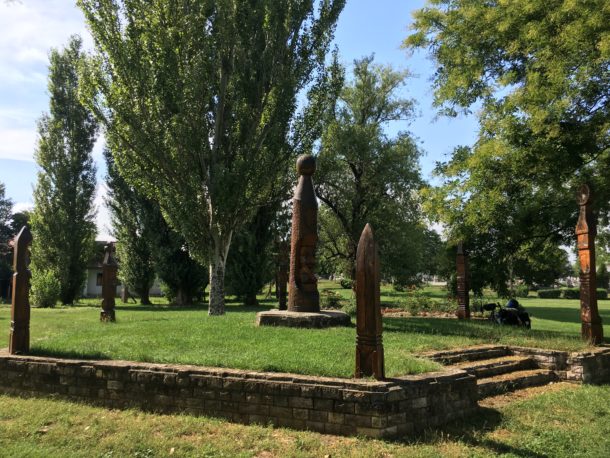 As we got further south there were also wooden gateways like that shown in the picture below, which apparently is a Transylvanian influence. 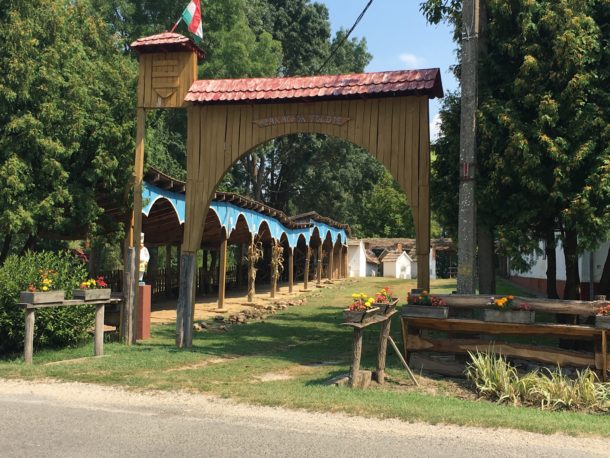 10. Religious statues at the side of the road have reappeared in Hungary after a bit of a scarcity of them in Czech Republic and Slovakia .  But they tend to be crucifixes here rather than Marys!

11.The Hungarian national flag appears in houses and gardens more than in the other Eastern European countries visited so far.

12.According to Martina (chief grocery shopper!) the selection of bread (or more precisely bread rolls) in the supermarkets has been the worst on our trip so far….especially for brown bread.

13. Much like Slovakia and Czech Republic,  the tourism industry in Hungary isn’t very well-established,  especially for non-natives like us. A good example is the lack of signs to places of interest, which makes them very difficult for tourists to find – and on a bike is a right pain!

14. The Hungarians greet each other right cheek to right cheek, which we think is opposite to just about everyone else. Can cause confusion and a smacker on the lips if you’re not careful!

15.  Like many of the other Eastern Europeam countries on our trip, there has been plenty of  free WiFi in town and village centres – yet again much better than the UK.

Our time here has been great and we absolutely loved it all!