The road to Communism… 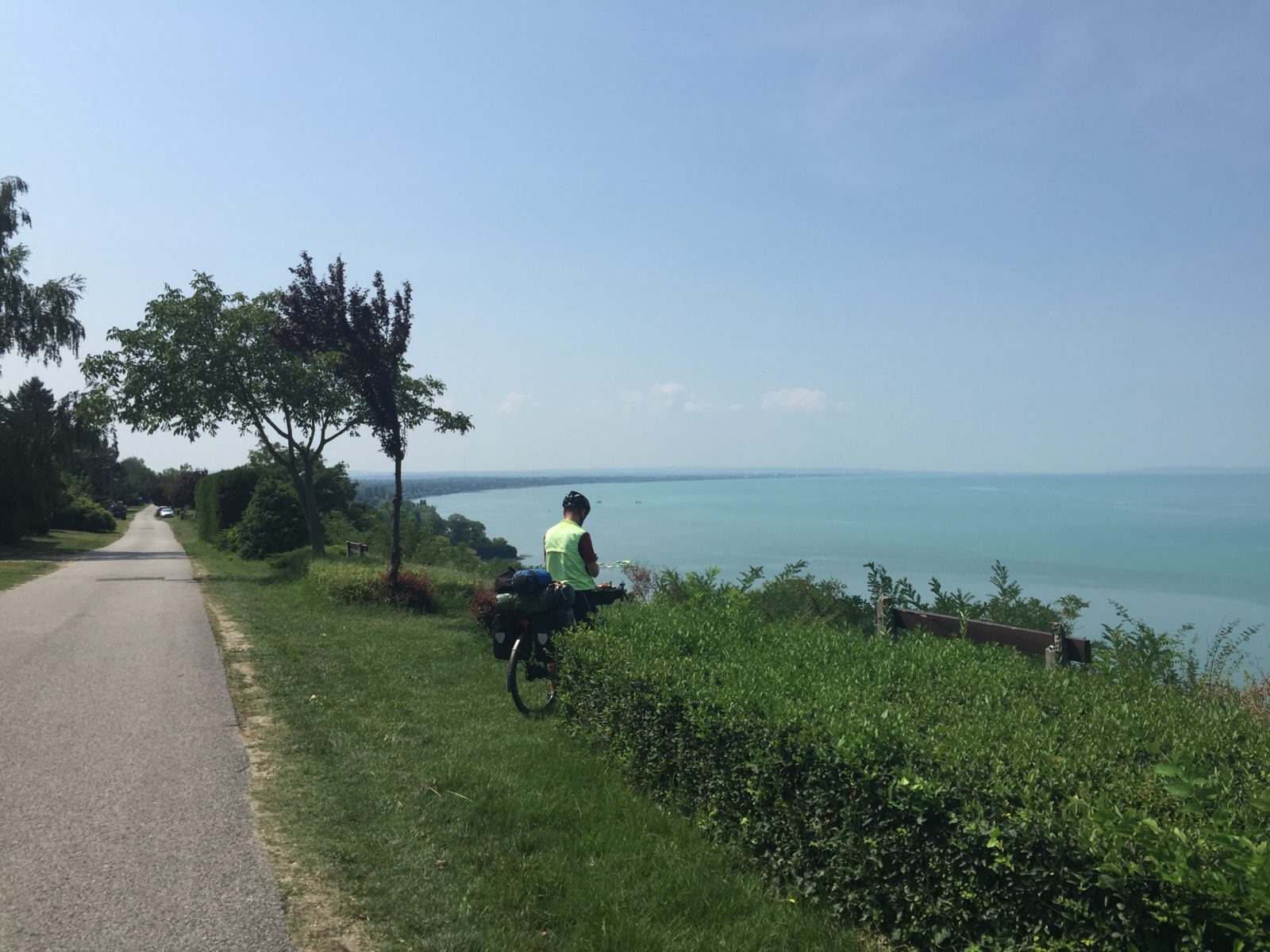 Firstly, we neglected to mention in the last entry that we really like Budapest! It’s a great city with loads to do and see and we barely touched on what it has to offer, so I think we’ll be back sometime in the future.

I have mentioned before that getting into a city on a bike is generally harder than getting out, the one exception being Vienna. Well, Budapest was exactly the same…there is an awful lot of Budapest and it took us the best part of 27km to finally escape in a south-westerly direction. We were aiming to get halfway to Lake Balaton where we were to meet up with Martina’s Hungarian friend Eva, her husband Richard and her family. Once again the temperature was in the low-to-mid thirties, so pretty warm, but no real hills to speak of, so we made good headway. After Budapest it was nice to be out in the country even if the road was a bit busy at times.

At about 80km we’d got as far as Szekesfehervar and after a quick chat, we decided that this was far enough for the day,  leaving us about the same distance to go the next day. We found a campsite on the edge of the town which appeared to be part of a sports academy. We could see running tracks etc as well as people practicing speed walking which is not something you see that often! We booked a bunk room for the night, showered and headed to a pizzeria just outside the gates where were could watch the sporting activities. It was a very hot and sweaty night in the bunk room as there was no air conditioning so halfway through the night, we had to open the window.  There was the risk that we would be nibbled by mozzies, but it seemed preferable to suffocating – and thankfully no mozzies attacked us!

From here, the countryside was fairly non-descript on our journey the next day until we hit the edge of Lake Balaton, where we joined the lake high up on a cliff giving us great views over of the blue/green water. 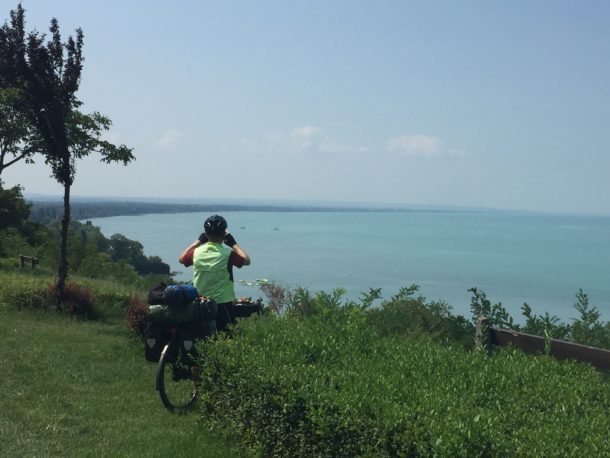 A dedicated cycle path circumnavigates the whole lake, so we took this route as it descended down to water level and continued along the shoreline. This took us through numerous small holiday towns with the usual tourist shops and cafes. The lake is one of the most visited places in Hungary, mostly by Hungarians, though we did see cars from the Netherlands, Germany, Czech Republic and Poland. Where the cycle path goes away from the water there are also some very nice residential areas.

We finally made our destination, Hotel Lelle in Balatonlelle, by about mid-afternoon. The hotel is an ex-communist block that was used as a holiday destination by postal workers during the communist era and to be honest nothing has changed since then (other than the price presumably!) and this is the sight in reception that greeted us… 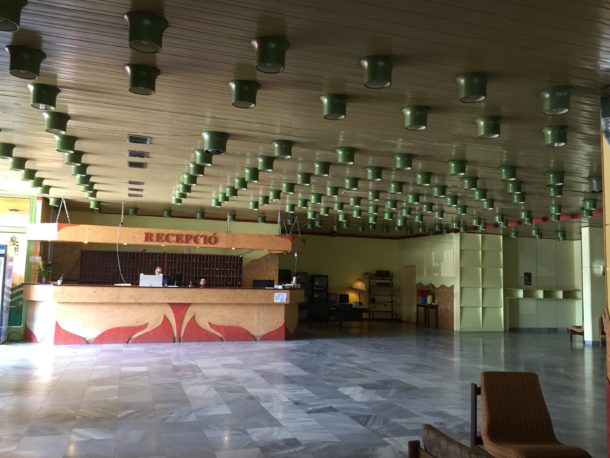 More of this in the next episode…