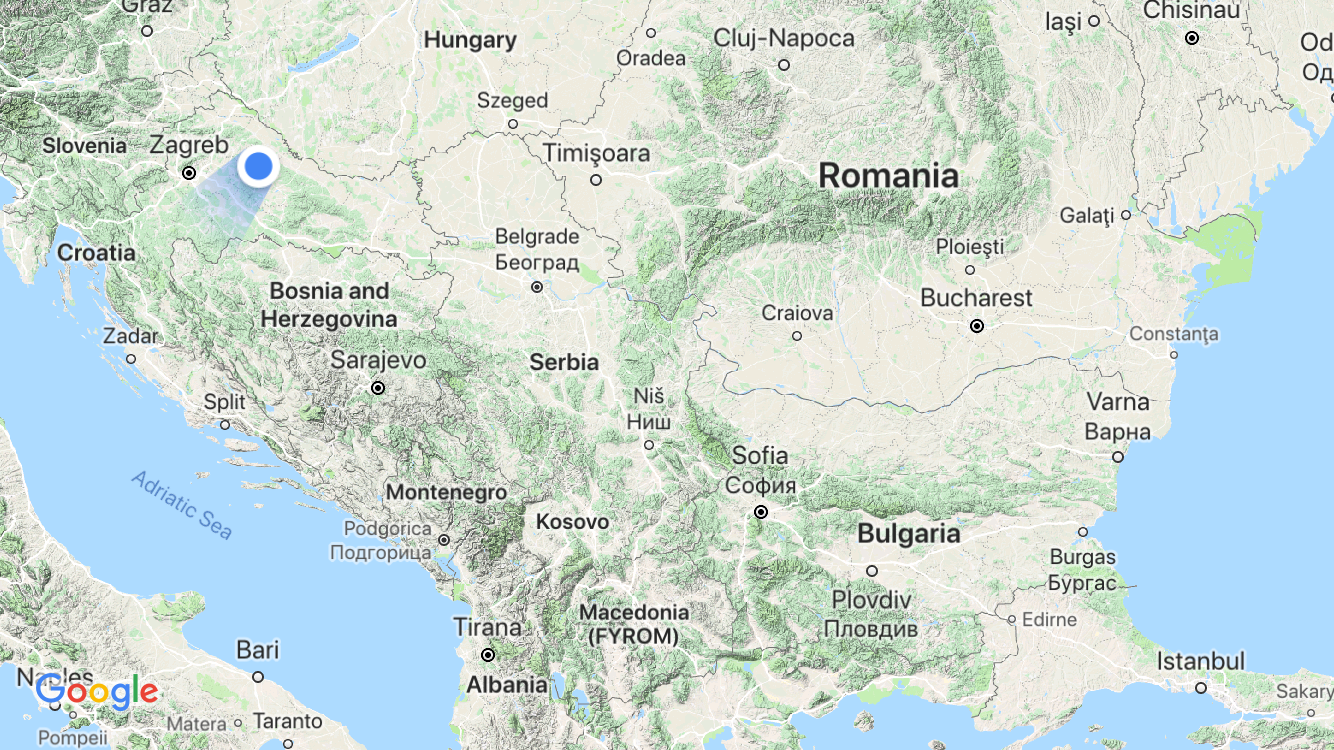 Croatia – we’re still planning to spend about 2 weeks in Croatia.  Our research has shown that most of the ‘things to do’ are along the coast, about 500km from our current location. This would mean that to be here for two week we’d get there only to have to leave again. We reckon that the Balkan coast is something that we’ll do as a separate tour in the future, so our plan is to go to Zagreb, taking in the countryside on the way and on then onto the Serbian border. This will take us up to the end of August or there abouts.

Serbia – it was always the plan to go to Belgrade and this remains the case. We will then spend a few more days in country, potentially for a total of 2 weeks, which takes us to mid-September.

Romania – we’re unclear of our route into Romania yet as there are at least 2 options. One would be to start in the north and go through Transylvania and up over the MAHOOSIVE Carpathian Mountains. Another would be to follow the Danube through a spectacular gorge section. Either way we will end up going towards Bucharest where we will stay for a few days, after which we’ll escape south to Bulgaria. We’re likely to be in country for at least 3 weeks, taking us to mid-October.

Bulgaria – its still our plan to visit Sofia, but other than that we have little in the way of plans except that we could be there for 2-3 weeks. There is another mahoosive range of mountains which we will need to cross, so it’s uncertain how much time off we might be able to get here. This should take us up to the end of October/early November.

Turkey – this part of our tour will be a combination of transit/tour to an airport and planning for our time in India. We’ve done little in the way of research into what we might want to do in India and we think it’s important for us to have a reasonable plan before we arrive. It’s such a big country, where we expect to be for 3-4 months, and we know we could just spend all our time on our bikes, but actually we want also to be able to stop and look around us at the same time. We, therefore, plan to take a week out during our time in Turkey (cycling progress dependent) to plan our time in India. It might seem a waste to just transit throug Turkey, but we can always come back for another tour in the future. The transit itself is likely to be an eye-opener anyway, as well as organising to box up our bikes and luggage for our first flight.

As ever this is a rough outline and, in good military planning tradition, won’t survive first contact!