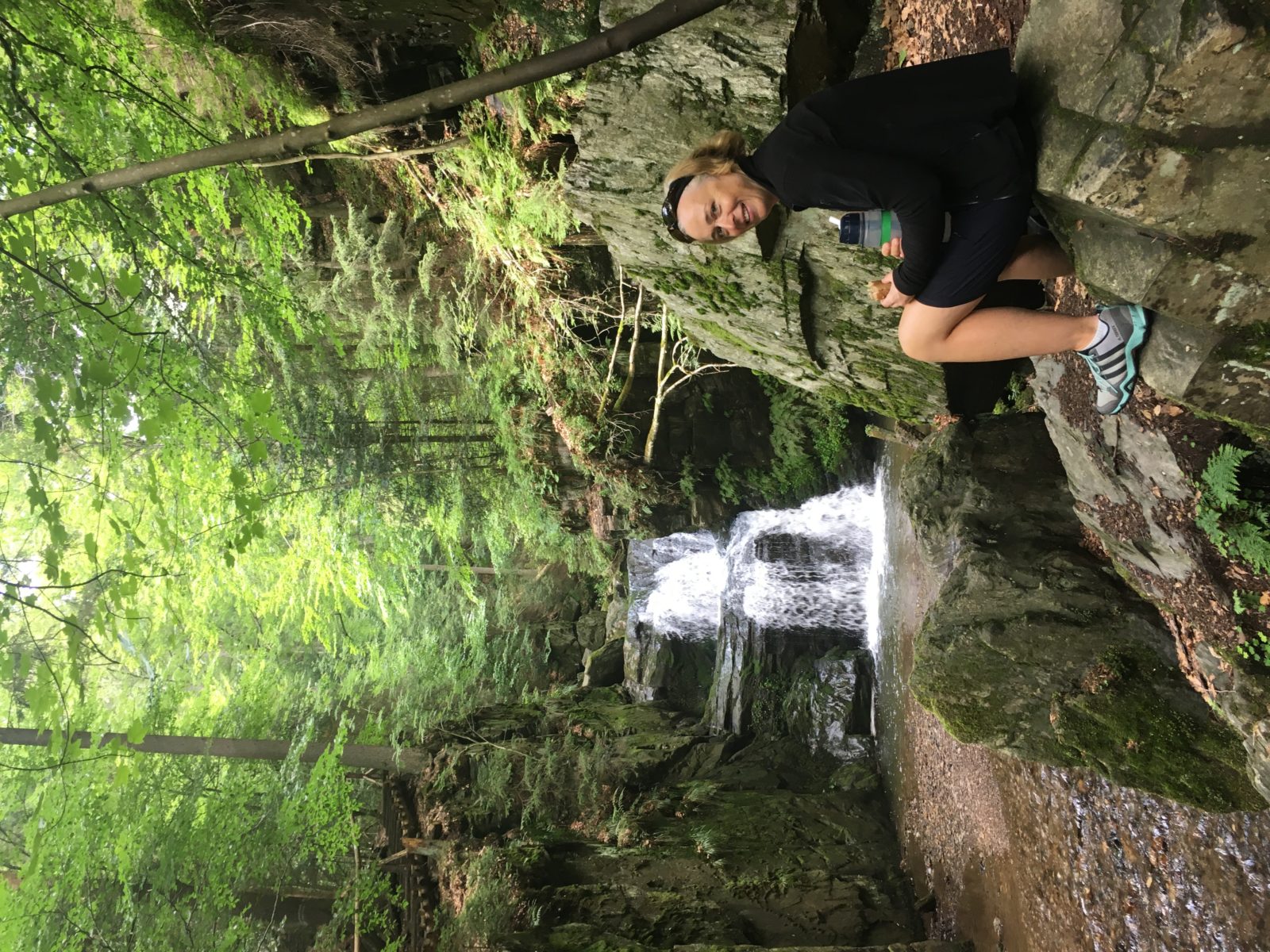 Our climb up the final hill had taken us into the base of the low clouds, so we couldn’t really see much when we arrived in the small village of Ruda. It looked much like the many other small villages that we have passed through over the past few days. As it turn out however, this is a fantastic part of the world…

We met our Italian landlord (very nice chap with lots to talk about) at our Penzion accommodation and his Czech wife (not so welcoming or chatty as she speaks Czech and Italian!), de-robed the bikes, showered and got settled in, all way before we’d expected to have even arrived, based on our predictions earlier in the week.

The downstairs restaurant was buzzing by the time we got down for dinner, which surprised us as this place really is in the middle of nowhere! They actually serve a mix of Italian and traditional Czech food and the landlord took us through the menu before we settled on pizza (Martina) and lasagne (Me). We had a lovely meal chatting together with no thought of where we are really going next or how long it would take etc. We also chatted to the landlord again and he said that he’d get his wife to try to help us get tickets into the caves near Blansko (south of here) as we’d tried but found them to be sold out. Having a native speaker might help, but we found out the next day that they are in fact sold out, which is a shame, but we do have a Plan B. He also mentioned a hill a short walk away that provides great views that we should go to in the morning when the weather is forecast to be good. He also talked about the Czech hospitality trade (he’s worked in many different places both here and other countries including the UK) and how it isn’t very well-developed and needs a lot of work…which might explain some of the abrupt receptions we’ve had!

And that was our evening! We were in bed early and slept really well – not even the small child in a nearby room kept us awake!

A lazy get-up and breakfasted on our own food, made sarnies and headed up to the hill the landlord had told us about the night before…and boy were we glad we did.  The weather was now warm, sunny and clear and the view amazing, reaching miles out across the flat land we’d covered yesterday afternoon and beyond to the hills that we had covered in the morning. We could also see the hills that separate the Czech Republic from Poland that we’d crossed a week ago and behind us the hills that separate the Czech Republic from Slovakia. We spent about an hour up there just taking in the views.

We had passed 14 statues on the way up the hill, which turned out to be the Stations of the Cross – a series of images that depict the story of The Crucifixion of Jesus Christ.  And they were all in German. We sat on the base of the 12th station of the cross (crucifixion) to start with and then shifted to the base of the 14th (Jesus laid in the tomb) for a different view at the top! So glad that the landlord had told us about this place as we’d never have known about it otherwise.

He’d also told us of the route down to Resov Falls and so off we went, downhill into a lush, if slightly sweaty, humid forest. Only a short 2km walk and we were down in the bottom of the valley at a small river. As we walked up the bank the waterfalls slowly got bigger until we got to the main event. Not the biggest waterfall we’ve ever seen, but nice nonetheless in the forest and a great spot for lunch on a Friday!  We continued up the valley for a while and then retraced our steps back to the Penzion. If this had been in the UK and at the end of June it would be mobbed with people, but here we saw only 5 others on our excursion and it is listed as one of the best things to do in the Czech Republic – so it’s not as if it’s not advertised! 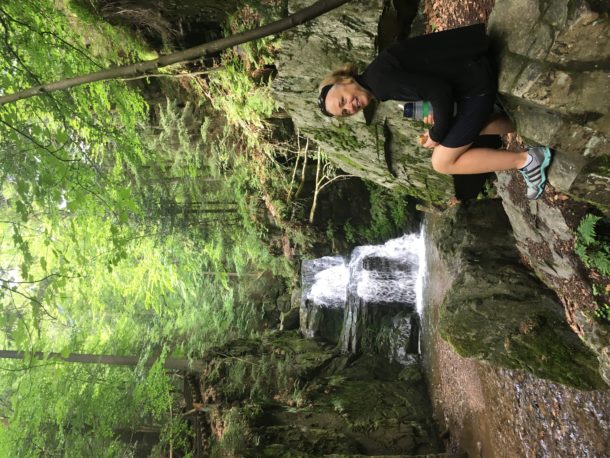 Final thing for today – we carried out the 5,000km oil change on our Rohloff hubs and did some other routine maintenance on our bikes. So far things have gone well with the bikes – just a few things rattling loose, regardless of how often we tighten them. I have put some locking fluid on some bolts, but even that doesn’t stop them coming undone. So, it’s just a case of continually keeping on top of it. One thing that I do find amazing is the tyres, inner tubes and wheels. The tyres only just look worn in and we’ve had no punctures so far (touch wood etc…) – they are Schwalbe Marathon Plus and are the industry standard for long distance touring and for good reason. I have pumped the tyres up twice since we started back in April and really that was only because I felt I should as they didn’t really need doing – the inner tubes are also made by Schwalbe. The wheels have had a right battering, but still look pretty good, if a bit dirty (I come from the Bryan Jackson school of bike maintenance at Downland Cycles and he told me to never clean my bike as it strips the grease off it – so I’m doing as I’m told!) and the spokes are in good shape; the wheels are Hope rims with Sapim spokes. The rear hub is of course the Rohloff and the front has an Exposure dynamo in it, all of which is sound and working well. The hub maintenance means that we’re good to go for another 5000km!

This picture proves that my trainee bike mechanic’s apprenticeship is progressing well – and her Irish flag is still intact!