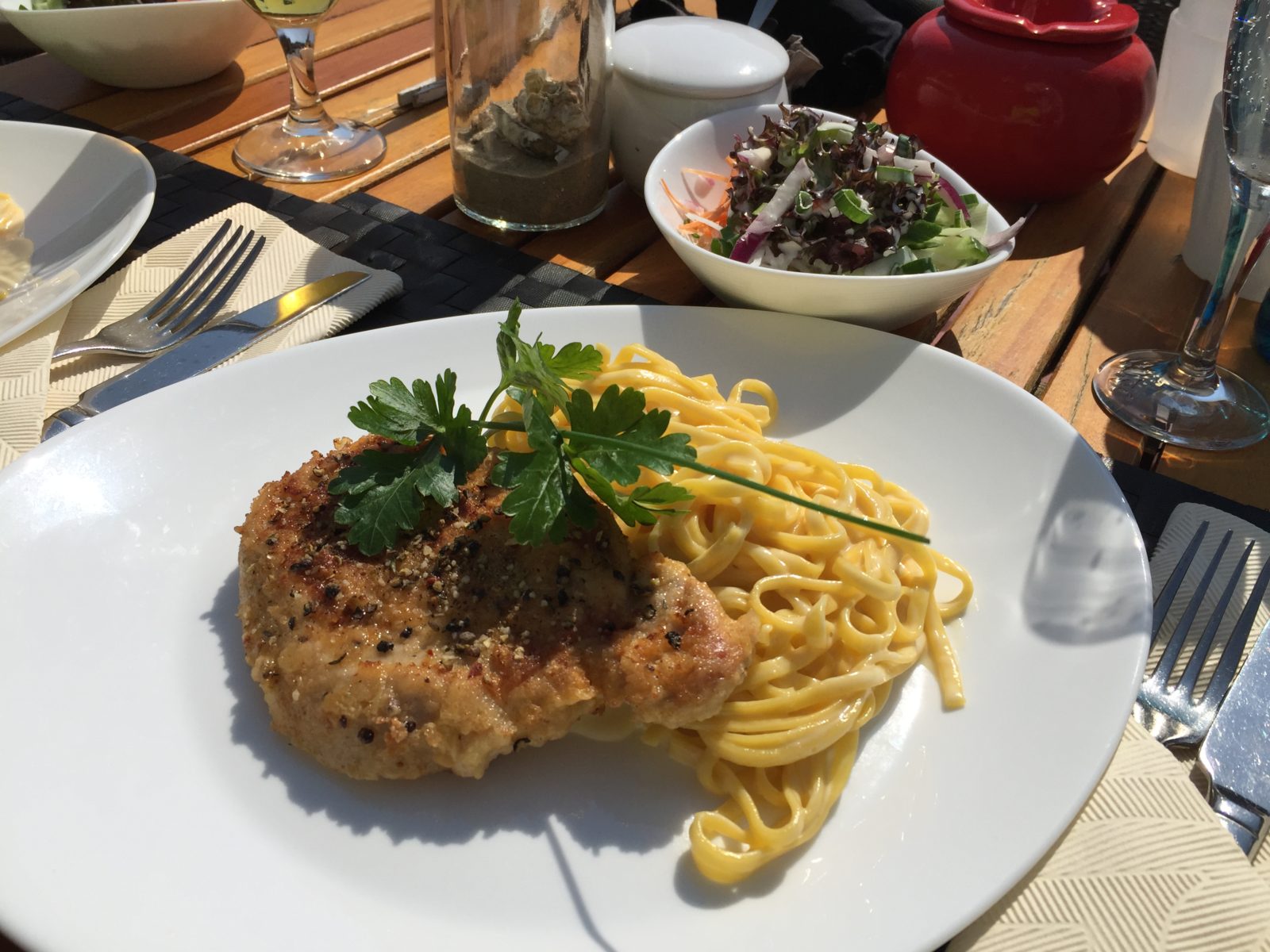 Right, firstly a couple of observations from our time with Miriam and Marc that we forgot to include earlier. During the journey through hell fire etc to get to their house  (still no exaggeration!) we passed a house that had witch-type broomsticks sticking in the ground upright with a 30 on each of them – apparently in this region if you are a woman and you’re not married and have children by 30, then you’re classed as an ‘old witch’ – charming! We also noted that most of the houses have two white horses on the gable ends, which are apparently the symbol of Lower Saxony. There, just to show that we are taking things in and not just cycling from a to b each day!

So, last full day in Germany started with a short jaunt into the centre of Tonning to pick up bread rolls (a daily occurrence now) and to behave like a local, which in these parts at 9.30 in the morning is to eat cakes, drink coffee and do some people-watching, they start early here! From there we headed north to the coast and then cut back inland to Husum – started off as a rather unassuming town, but actually turned out to be very nice in the centre. So nice was the town that we decided to have a proper German lunch of schnitzel and pasta.  Delicious!! A really nice day weather-wise and we could think of much worse ways of spending a Wednesday lunchtime other than sitting in the sun watching the world pass us by while eating an enormous meal! 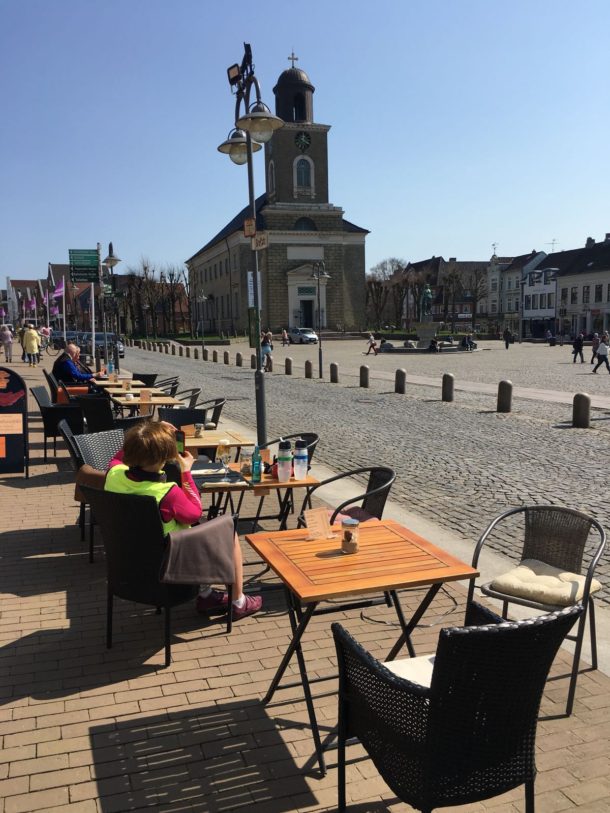 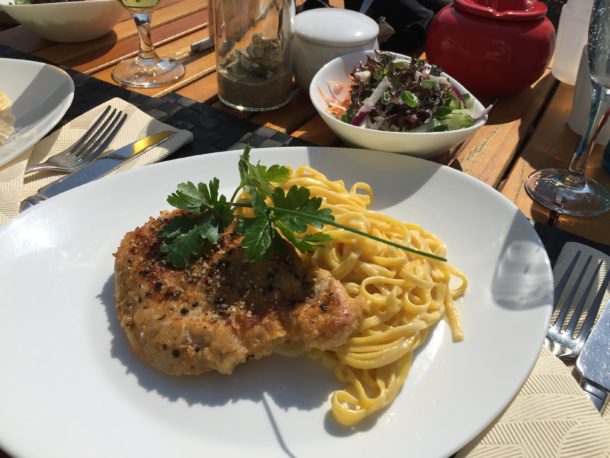 We then, of course, has to work that enormous meal off. A nice ride took us up the coast cycling right beside the sea, this time with a light tail wind – those panniers work just as well as sails as they do brakes, and we made it to Dagebull, a small coastal town. Martina thinks that this was the best day’s cycling so far. 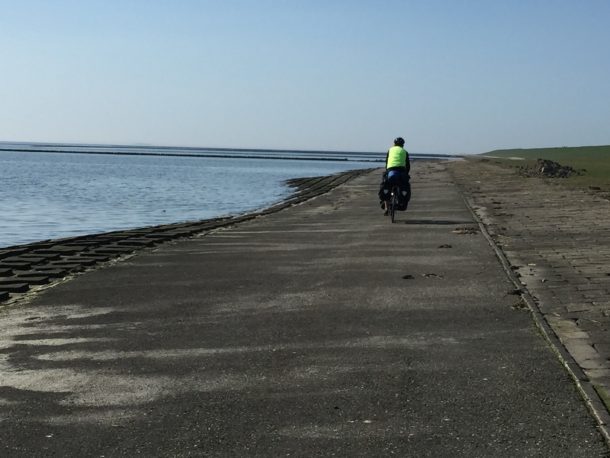 Turns out that this is a one street town with a harbour, which has sprung up to service tourists heading to the islands just off the coast. We weren’t too impressed to be honest, the staff at the campsite/hotel weren’t that helpful and the beer we had in town was decidedly dodgy (Carlsberg!). What seemed like a not too difficult cycling day still turned out to be 85km in total. We feel reasonably chuffed with our daily totals so far with only a few ailments – slightly sore knees, a bit of light chafing, stiff shoulders and some sun burn (in April!). Not bad considering we’re both pulling about two thirds of our own body weight on our bikes.

As this is the last full day,  here are our few takeaways from Germany:

1. Surprisingly poor roads and cycle paths  – our bikes have generally stood up well so far to what has been quite a battering at times – practice for roads to come!

2. If you think Holland has the monopoly on windmills, think again! Northern Germany has thousands, litterally.

4. Lots of sheep and not many cows, at least in the bits we went through.

5. My cycling shoes are starting to fall apart (they are old) and it has been very difficult to find a shop that sells clip-in shoes despite the number of cyclists.

Auf Wiedersehen Germany – it has been fun. Next stop Denmark!