Our round-up of Vietnam 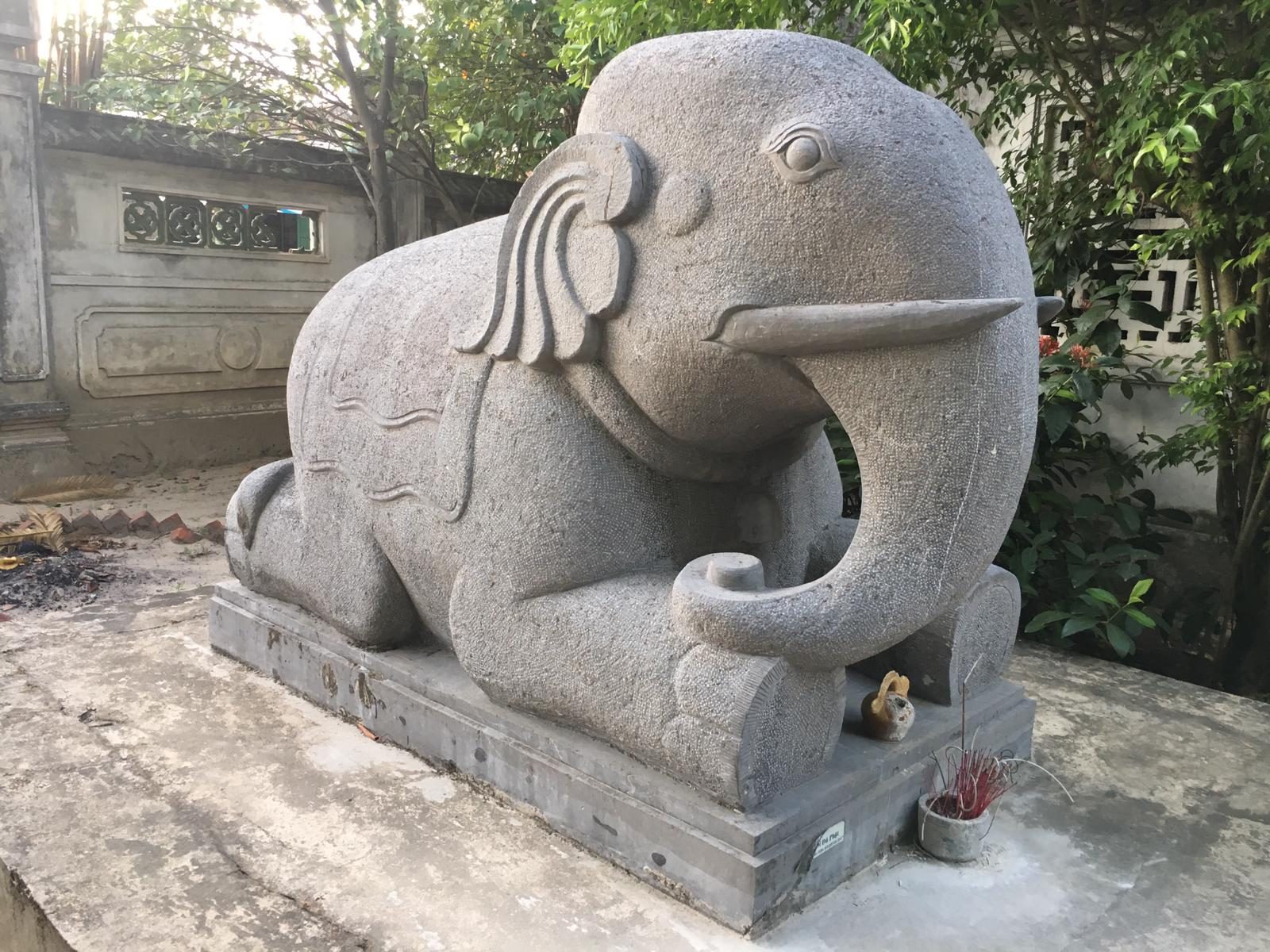 We have been holed up in Nha Trang for Martina’s convalescence, so there was the potential for a gap in our blogs as there’s not much happening. Well actually there’s a lot happening… just invisibly inside Martina’s bones and muscles! So, we have decided to finish our Vietnam round up to ‘plug’ the blog gap.

Firstly though, our plan for the next two months has changed somewhat because of our extended time in Nha Trang. We will continue south and route around Ho Chi Minh City to the Cambodian border. As per our original plan we will then spend about 2 weeks in Cambodia, exit into Thailand and go to Bangkok for a few days. It’s at this point that the plan changes: we are likely to take a train to the Malaysia border as we need to make up some time. We have a deadline of 17 October to be on a flight to Perth out of Singapore and we don’t think that there is enough time to cycle the whole way. And the stretch between Bangkok and the Malaysian border looks like the best route to travel by alternative means.

Anyway, back to our Vietnam round up…

We have been in Vietnam for 8 weeks and enjoyed it immensely. It’s a very long, thin country and getting from north to south was the main reason that we were there for such a long time as we wanted to try to cycle as much as possible. The heat, humidity and wind definitely played their parts in making it a tough part of our journey. Luckily for us we were already used to getting up at 5am to beat the heat, and all of our accommodation has had air-conditioning! Vietnam has also been the country where we’ve had the most ailments – from a bout of Delhi belly, sore throat, Martina’s accident and generally feeling under the weather…but that could be as much to do with 16 months on the road rather than being in Vietnam.

As expected, lots of observations from our time here…

1. The Vietnamese people are very friendly.  We were constantly bombarded with people waving and shouting hello every day that we cycled and from just walking around towns and villages. There’s been a few instances of people obviously ripping us off, but it’s difficult to complain when we can only speak a few words of Vietnamese, although Martina did walk away from one woman who tried to sell her bread at over twice the going rate. There’s also been a few times when people that had been serving us have been friendly up to the point that they got our money and then became a bit more ‘can’t be arsed’ as there was obviously no more money to be made.  But that aside, the Vietnamese are really nice people.

2. They are very sociable and will eat and drink in restaurants and bars to catch up with friends and family. And regardless of whether alcohol is involved, they are a noisy lot – it’s just the way that they talk. We thought that the people in Laos liked karaoke, but that is nothing compared to the Vietnamese – they are mad for it day and night.  We’ve heard people singing at every time of the day – often horrifically out of tune , but even then they always seem to be enjoying themselves!

4. One thing that is interesting is that they don’t appear to hold a grudge against anyone – for example against Americans. You would think that they might not like Americans much considering their recent history, but this couldn’t be further from the truth. Perhaps we can all learn about reconciliation from them?

5. Vietnam is a one-party communist state, but as a westerner looking in you’d never really know it. There are party signs and banners everywhere from villages to cities…

…and there are large, very impressive, government buildings even in the middle of nowhere…

We also hear what we think are probably government broadcasts from a public tannoy system every morning and evening, although we also heard this sort of thing in Thailand.

6. The roads are manic! It’s very difficult to explain what it is like to be amongst a gazillion scooters and motorbikes and it really has to be experienced first hand!

Not only is it the sheer number of two-wheelers, but also the riders’ attitude to everyone else on the road. To say that they are blinkered and have no awareness of anything going on around them is an understatement – or they are just plain stupid! The cars, buses and truck drivers are just as bad…. there’s just not as many of them! And they park their scooters just about everywhere making it nearly impossible to walk on footpaths in any town or village. They also ride them down the most ridiculously narrow alleys where there are lots of pedestrians and even through markets where they don’t even bother getting off to do their shopping….

7. In addition to scooters and motorcycles the Vietnamese have really taken to electric scooters…

We’ve not seen electric scooters in these numbers anywhere else and they are being ridden by unbelievably young children – we reckon as young as 8 or 9! There is also a fashion for upgrading two-wheelers of all types by adding extra stickers, stripes, lights, seat covers – ‘pimp my scooter’!

8. For cyclists, apart from the traffic, the road surfaces are great – nice and smooth and the bigger roads have a wide shoulder in which to do combat with the other two-wheelers! But apart from hard shoulders we’ve not seen any dedicated bike lanes.

We have seen quite a few leisure cyclists on high-quality imported bikes; some are out early in the morning and look to be doing some proper training, others are in groups out for the day.

9. In the hills in the north of the country the dogs were a cyclist’s nightmare and we were continually on our guard for attacks. But since Hanoi we had hardly had any problems with them. And there doesn’t seem to be any rhyme nor reason to them – they are just crazy beasts!

10. As soon as we crossed the border into Vietnam we were confronted by enormous American-style trucks that we hadn’t seen anywhere else.  There were also hardly any pick-up trucks, unlike in Thailand and Laos where everyone seemed to have one.

11. The Vietnamese like big, chunky carved wooden furniture such as that seen in the picture below. We’ve seen many workshops along our travels from north to south where you can see it being made.  We thought it might be for special occasions, but that’s not the case – it’s for everyday use.

12. Following on from the furniture theme their beds are really hard! I think that having slept in so many different places, on the floor, on boats etc, we have gotten used to being able to sleep in most places now, so it didn’t bother us. However, it often comes up in accommodation reviews.

13. When we crossed the border, Buddha had put on weight! It’s a bizarre thing that the image of Buddha has changed from a tall elegant man to a jolly-looking fat bloke who is always sitting down…

There are still some slim Buddhas out there, but this is the first we’ve seen of the chubby version. In addition to that there just aren’t as many temples as we saw in say Myanmar and Thailand.  And churches have made a comeback after a distinct absence since Mizoram in North-East India.

14. English Premiership football obviously isn’t as big here as in other South-East Asian countries as we didn’t see many football shirts being worn.

15. The Vietnamese love coffee and there are as many (if not more) coffee shops here to rival any high street in the U.K. Coffee is known as ca fe or ca phe, the latter being very common…

Note from the photo that as well as coffee, this cafe also offers free WiFi (no 17. below).  And all the scooters are parked on the pavement blocking access for pedestrians!  (no 6. above).

16. In cafes and restaurants there is often a communal pipe for people to smoke, like the one the chap is smoking in the picture below. Anyone and everyone will come along, fill up and have a puff – pretty unhygienic if you ask us! Talking of smoking, we’ve been served on more than one occasion by a waiter or waitress with a cigarette hanging out of their mouth!

17. There are far fewer smart phones here than in Laos and Thailand.  We’ve seen many more old Nokia-type phones, and other than a couple of occasions, WiFi has generally been very good and widely available.

18. Unfortunately the Vietnamese don’t appear to treat animals well.  Probably some of the worst cases of cruelty we have seen on our trip…pet dogs being kicked or beaten with sticks as well as the shocking transportation of hundreds of dog shops or pigs in overcrowded conditions …probably on the way to slaughterhouses.  Quite uncomfortable to see An day to hear the animals howling or squealing!

19. They keep a lot of song birds in cages – not quite on the scale of the Greeks, but not far off it. We’ve seen and heard lots of them.

20. When we left the hills we left nearly all of the butterflies behind – we were cycling through clouds of them up there and suddenly they were all gone.

21. Bonsai trees are literally everywhere – in front of peoples homes, businesses and even in parks.  And they are beautiful…

22. We think that there must be an expensive land tax that they counteract by building very tall, thin buildings. This might not be the reason, but they do look odd when it’s a building all on its own such as this one…

23. The Vietnamese like to fly kites.  A lot of the time they will hoist them into the air then secure the line to something and leave them to just keep flying. These colourful ones were for sale on a beach we visited…

23. Is this the John Travolta of green men?