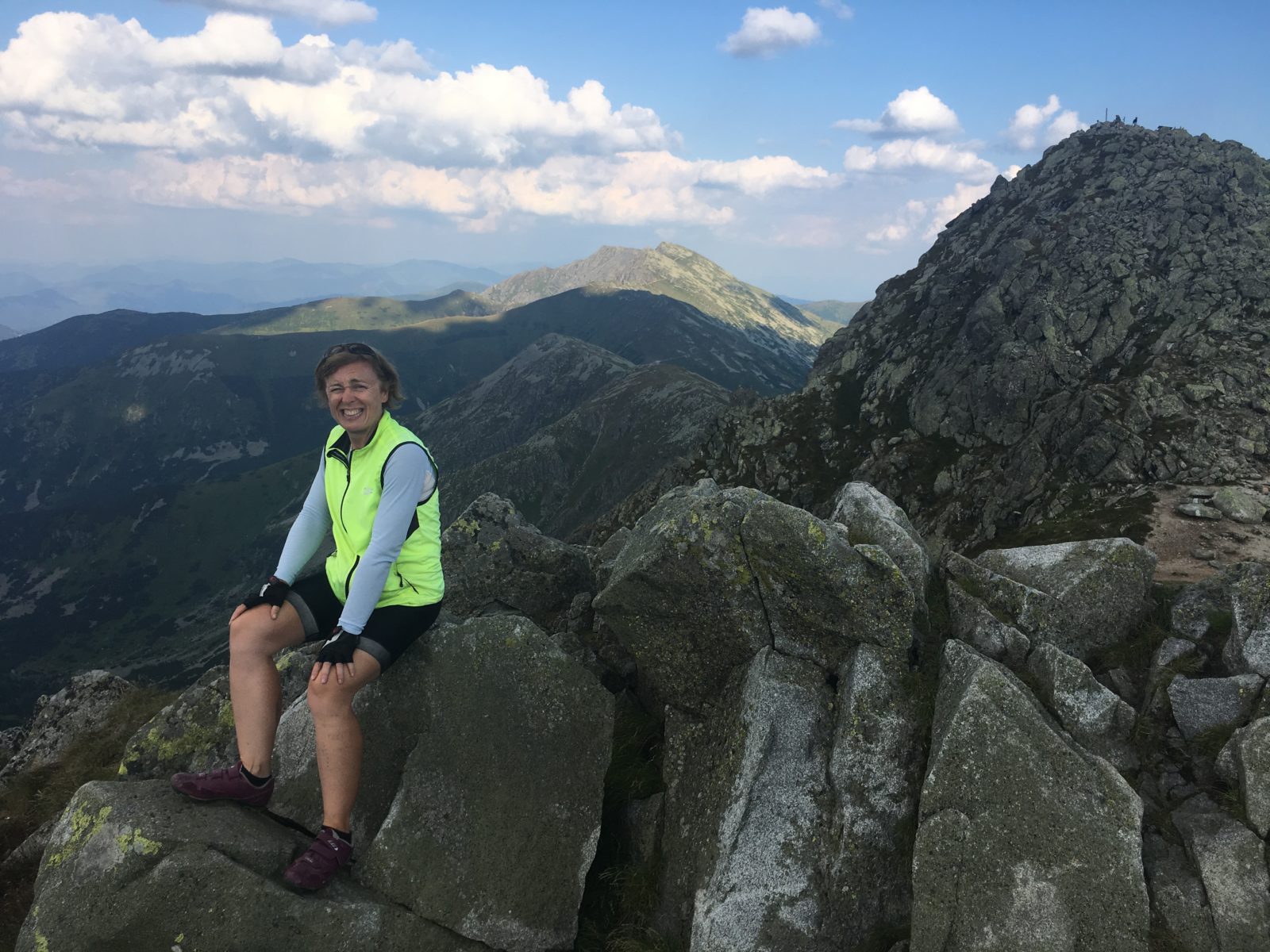 First and foremost we had an unexpectedly great time in Slovakia. Why was it unexpected? I think that our expectations were somewhat similar to what we had expected of Poland and the Czech Republic, i.e. not very high. This first point follows a similar theme to those other two countries, in that, once again we found Slovakia to be a modern, forward-looking country with well-educated, intelligent people….well at least the ones we met! Once again I feel that Slovakia is poorly represented in the UK (maybe it’s Eastern Europe as a whole) for whatever reasons, and I am glad that I (we) have had our eyes opened to the reality. We would both recommend anyone to come to visit, whether they be outdoors sporty types or interested in history, etc. We were only in country for 2 weeks (three days of which were in Bratislava), during which we covered 700km. We will be back as there is far more to discover here.  We barely touched on the east of the country.

We hadn’t seen much in the way of hills on the continent until Slovakia and we realised that we’d missed seeing some lumps and bumps and, although it was tough at times, we really enjoyed the riding – here’s a typical roadside view whilst up in the hills… 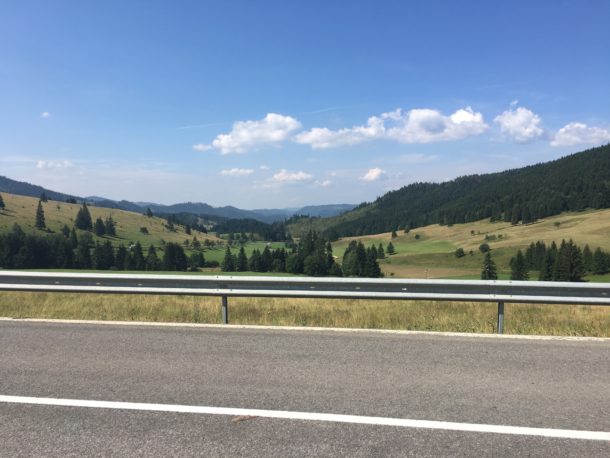 1. The roads are pretty good and on a par with the Czech Republic – we only came across a couple of roads that made us say ‘it’s like being back in Poland ‘!

2. The drivers are reasonably considerate to cyclists and there were only a few moments when vehicles got a bit too close. There is very little in the way of cycling infrastructure and we found only a handful of bike paths, but on the busier roads the hard shoulder is generally quite wide. Some A-roads are no longer open to bicycles though there is a usually an alternative (much longer and hillier) route for bikes. The electric bike revolution is just starting here and I have to say I have changed my mind on these somewhat after I had a go on Evit’s dad’s electric mountain bike. Maybe in the future…

3. We had some nice local food specialities, which we compared to Czech food and decided we like the Slovak fare more, though 2 weeks of it was enough for us!

4. Many Slovaks enjoy gardening, which is evident in their mainly well-kept gardens. They especially like window boxes and hanging baskets, which in the mountains gives a real Alpine feel to the place.

6. The smaller shops close at lunchtime, especially in smaller towns.  I seem to remember that this was the case in the UK back in the day…

7. Brezd rolls have salt on the crust, which is very tasty,Normally we’d be pretty good with not putting too much salt on our food, but as we are losing  a lot through sweat, this was a really tasty way to help us replenish.

8. It is, apparently, never too early for a beer! Almost every day we saw people in bars at breakfast time having a beer. We were, of course, not there to count how many each person was having, so it maybe have only been one. If they were there for a long time we would have seen lots more drunk people, and as it was we hardly saw any. I can only imagine what would happen if this was the case in the UK!

9. We passed many hillside villages that were full of very small, peaked roofed, houses (see the picture below, which doesn’t really do them justice). The whole village is basically made up of these small houses. They can only really have a maximum of two rooms upstairs and downstairs. The gardens are generally immaculately kept with flowers and vegetables. We have no idea whether these are traditional villages or what to be honest, but they are very pretty. 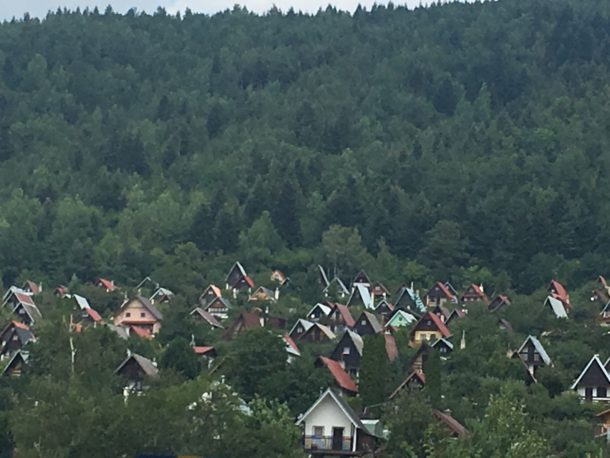 10. The Slovak sweet of choice is also a wafer-based chocolate. We mentioned this in the Czech roundup and it appears that the Slovaks like them too. Evit gave us a selection to try of which the peanut one was our favourite!

That’s it for country number 10 on our travels. As I said, we will definitely be back as we have a lot more to discover!