Our Return to the Real World 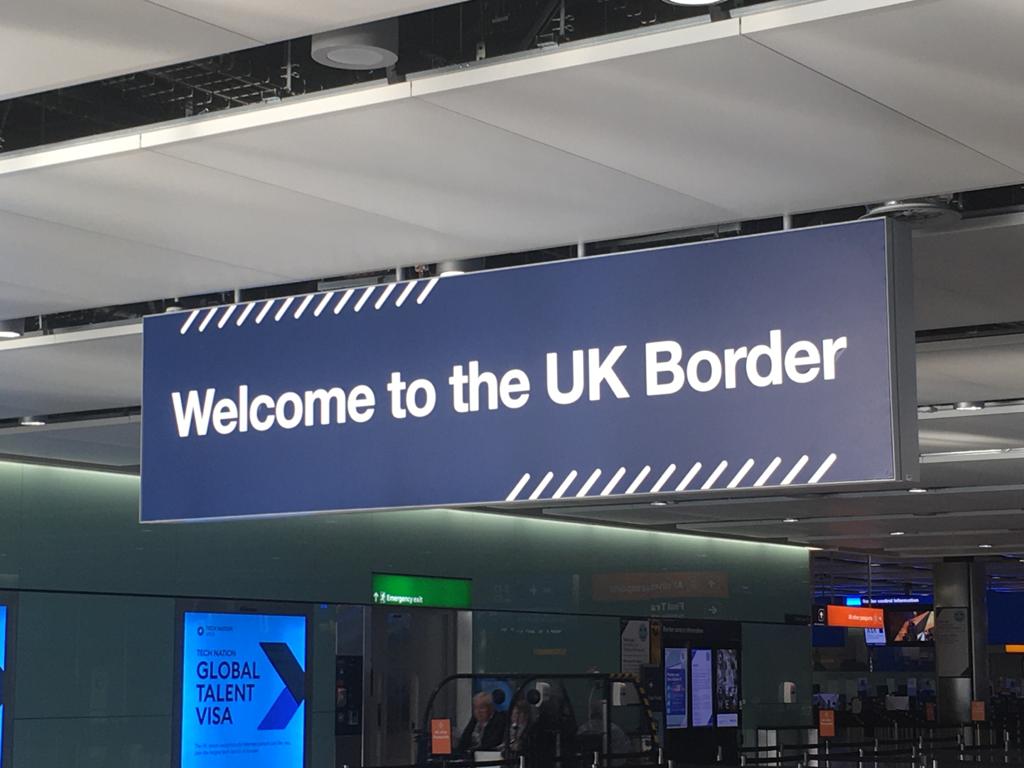 Our return to the ‘Real World’ was always going to be rather weird, but with all that is going on  at the moment it’s been even stranger than we could have imagined…

We said our goodbyes to Debbie early on Friday morning, jumped into Stuart’s ute and headed south to Auckland with our bikes boxed and firmly strapped in the back. According to Stuart the roads were much quieter than usual, a reminder, if we needed one, that the Coronavirus outbreak is starting to take effect even in New Zealand. We got to the airport super early, but that was fine with us as we hate rushing – especially with bikes. We said our goodbyes to Stuart and had a very smooth transition through a very quiet airport to departures…

We debated a few times as to whether we should return to the U.K. early and eventually decided that it would be good to get back on home soil as soon as we could. This was confirmed not long after we’d bought new air tickets when our original flights home (scheduled for 7 April) were cancelled. We spent a day in the comfort of Debbie and Stuart’s home in Kerikeri booking new tickets and cancelling other things we’d organised. Had we set out on bikes as originally planned it would have been much more difficult. Thank you Debbie and Stuart for looking after us and especially for the yacht ride in the Bay of Islands, which was definitely one of the highlights of our time in New Zealand and a great finale to our overall trip!

One down side to going home early was that we missed out on visiting my friend Keith who lives on the North Shore. But we will hopefully be back at some stage and we can rectify that.  Keith is now apparently self-isolating with his wife and 70 bottled of beer…..!

To say that we were in a funny mood throughout the journey home is a bit of an understatement. I think that the realisation that our journey was over hit home and for once we were very subdued, though we did manage a smile…

Martina had a few tears and it took us a long time to pluck up the courage to look at our 1 Second Everyday app. We have mentioned this before – it’s a movie of one second snapshots from each day of our journey. If anyone is at all interested it can be viewed from the link below – But be warned… it’s about 11 minutes long! If you need cheering up in these difficult times then I defy anyone not to laugh at the monkeys on 15 December 2018…

The rest of our journey was incredibly smooth as there were very few people about and we were soon back at base with Dina and Trent, our friends who initially saw us off when we set out back in April 18, by 9am on Saturday.

We were home early, so with time on our hands and in an effort to beat the jet lag we did a very naughty thing and went into the centre of London to get new clothes.  Technically speaking this could be deemed as essential shopping! The clothes we had left were so well worn and lacking elastic that the situation was desperate, my underpants in particular were almost translucent and could have been used for tracing paper! Oxford Street was almost eerie and devoid of nearly all life…

All very bizarre! We did a whirlwind buying spree and got out of there as quickly as we could.

And so that’s the end of our travels for now. Once the Coronavirus mayhem has calmed down we plan to set off again and we will blog our journeys when we do. In the meantime it looks like we will have plenty of time for planning!

This is just scratching the surface of what this journey has taught us – it has certainly changed us as people and our whole outlook on life is very different now to when we started.