Our adventure comes to an end…. 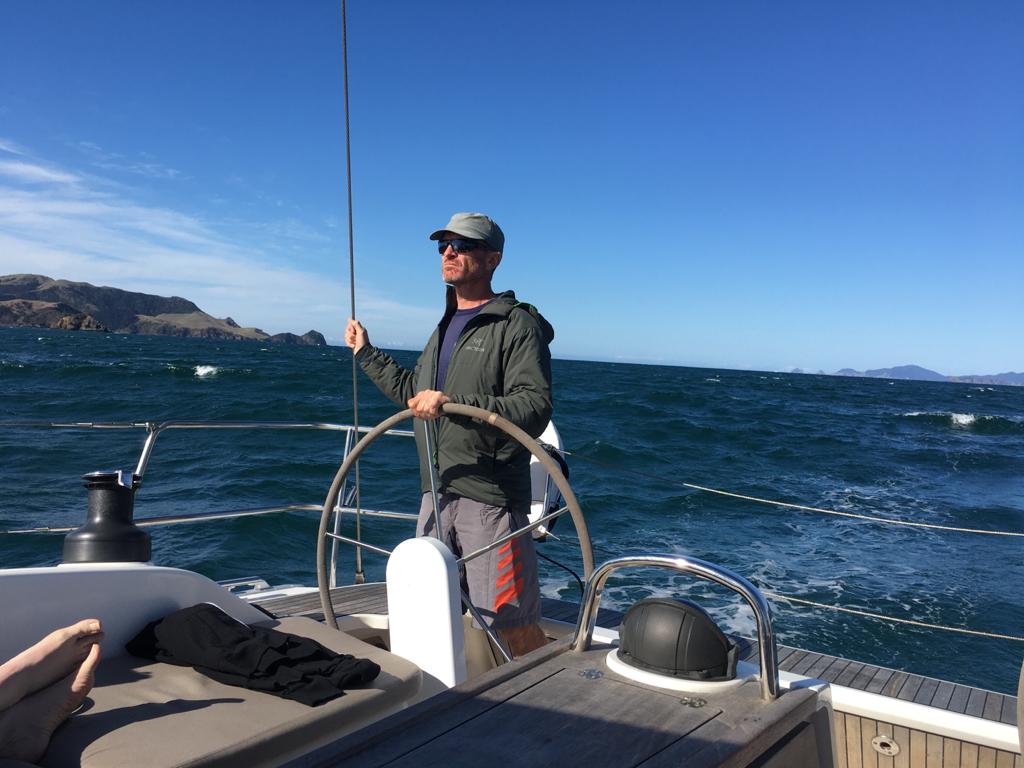 As Coronavirus grips the world, although things are still pretty relaxed in New Zealand we have decided to end our trip a few weeks early and get back to the U.K. while we can.  The uncertainty of whether our flights will be operational in a few weeks time or whether the U.K. border will still be open helped make the decision for us, and now that the flights are booked it feels like the right thing to do.  After 35,459km  through 28 countries I think we can count ourselves lucky to have had so few incidents or dramas on our trip – as well as to have had such an amazing experience. So although it’s not the high we expected to finish on we’re quite upbeat about it all and hoping into won’t be too long before we can’t catch up with friends and family! Anyway, back to our last days of cycling, which of course we didn’t know at the time of writing….

After two complete free days we were up early and raring to go…not exactly bouncing out the door of the hostel but we definitely had more of a spring in our steps than we did when we arrived. And we needed it because it was to be another day of climbing! As we left Dargaville in the chilly sunshine there were pockets of eerie mist dotted around valley….

The route we took, was a quiet road with very little traffic. It was actually a main road but it doesn’t go to any big towns, which might explain why it was so quiet and pleasant to ride.  It was nice and flat for the first 20km-or-so and the scenery reminded me a lot of being back in Ireland with lots of low lying hills and green (ish!) fields.

We didn’t expect to get so close to the coast on our ride, but after the first couple of hills it flatted out to give some fab views of the Kauri (pronounced Cody) Coast and a perfect spot to have our morning snack…

We then got into Kauri Forest territory – the largest remaining native forest in the Northland region, the northernmost region in New Zealand. It was a lovely ride through lush green forest with huge native kauri trees and large ferns at the side of the road. The forest is home to Tane Manuma (‘The Lord of the Forest’), the country’s largest kauri tree, which is approximately 2,000 years old and still growing! It wasn’t far off the road and we were in need of a lunch stop anyway so we went for a look. At over 50 metres high is probably the biggest tree I have ever seen – the trunk height alone is nearly 18 metres high! The photo really doesn’t capture it, but trust me it was hugely impressive…..

Our photo was taken by a local Maori volunteer guide, Louise, who was verbally giving information about the tree and the forest. We got chatting to her and when we told her about our travels she told us we just HAD to see another tree Ta Matua Ngahere (‘Father of the Forest’), which is 3,500 years old, which to put that into perspective has been growing since the Bronze Age.  Although it’s not as tall as the Lord, it’s wider in diameter. (16.41 metres vs 13.8metres). We had passed it about 10 minutes beforehand on our way down the hill, so we didn’t show huge enthusiasm for having to cycle back up. But just like that she told us to take her car and drive us to see it! Car insurance is not a legal requirement in New Zealand so we didn’t have to worry about that so off we went in her car (Nigel driving!) to see the Father….and we are so glad we did. It looked like a huge Ent from Lord of the Rings and the whole atmosphere around it was quite magical as everyone was just sitting looking at it in silence.

It was also in the middle of of a forest of loads of other really tall Kauri trees so the whole experience was well worth the effort – and a huge thanks to Louise for her generosity in giving her car to two complete strangers!

We returned Louise’s car, had lunch and continued our journey and tackled our final hill of the day.  And as luck would have it, it was the biggest and toughest of the day and one that’s hadn’t shown up in our planning app so it completely caught me off guard,  But onward we soldiered despite being loudly beeped by an angry female driver for reasons still completely unknown to us, but when we got to the top it was a lovely cruise with fantastic view of the crinkly coast into Omapere…

We had no accommodation booked and had thought about camping but the sky looked a bit threatening so opted for a hostel. They had a room so we got settled and after dinner went for a lovely walk on the nearby beach just in time to see the sunset.

A quick note on hostels…which we both think are inappropriately named. Before I started this journey I thought hostels were all bunk beds and dorms generally aimed at young travellers who wanted to party. How wrong I was! We are the youngest in our hostel tonight and our private room is as good as you would get as in a B&B at home…just without the breakfast and the en suite!

They always have a kitchen and lounge area so we can cook what we want and if we feel like being sociable there are generally a few people around to talk to. In New Zealand hostels are also called backpackers accommodation, which definitely doesn’t do them the justice they deserve – and they have been a lifesaver for us during our time here….a step-up from camping in terms of comfort and cost but very affordable.  They also give great flexibility with facilities to cook and eat what we want.

Going to be bed last night Nigel got an email from his cousin Debbie asking if we could get to Kerikeri a day earlier than planned (Saturday instead of Sunday) as their plans to go sailing on their boat had changed because of weather and they wanted us to go with them on Sunday.  We didn’t need much more of an incentive to put in a few extra kilometres than planned so off we set at 7.45am.  It was a stunning ride along the coast for the first 10km or so and a lovely way to start the day….

After that it was back into rolling hills with lovely views…

…and not surprisingly plenty of hills to conquer along the way.  I was feeling pretty jaded after yesterday’s efforts so I was looking forward to some more days off…the psychological factor of coming to the end of our tour is obviously kicking in so today just seemed hard for me!  We stopped in Kaikoke, which is where we had originally planned to stay overnight and it really wasn’t a very nice town so we were more than glad to be pushing on to Kerikeri. Having successfully dodged a couple of big rain showers we made it to Debbie’s around 3pm.  Nigel and Debbie are first cousins who haven’t seen each other in about 20 years so we had a lovely afternoon catching up with her and her partner Stuart catching up, and for those of who hadn’t met before getting to know each other!

As well as the two of us, Stuart has a cousin from England staying, so everyone was up early to go sailing.  Stuart and Debbie own a 51’ yacht and wanted to show us all the Bay of Islands, so who are we to refuse such an amazing offer?! And bloody amazing it was…..definitely up there with one of our best days in New Zealand! It is a bay of 144 islands and one of the most popular fishing, sailing and tourist destinations in the country.  But with the current low volumes of tourists in the country it was quiet – and absolutely spectacular….

Despite feeling a bit seasick the sailing part of it was great fun, especially with Nigel at the helm!

And there was also a spot of kayaking to be done….

All-in-all a fantastic day and a great reminder to take one day at a time and enjoy it all while we can!

We had a lovely few relaxing days trying to live in the moment and not think too much about Coronavirus. Debbie generously gave us her car so we could explore the local area, which was fab.  This whole Northland area has definitely been one of our favourite parts of the country.  We visited Mangonui, which is a lovely little fishing village in Doubtless Bay with lots of its original 150-year old buildings still in operation today.  It’s home to an ancient Maori Fort (Pa) at the top of a hill, with fantastic views of the bay below.

The scenic route to get there was pretty special too!

We also visited Rainbow Falls, which is one of the top things to see in Kerikeri and was within walking distance from Debbie’s house….

So, despite the uncertainty of everything looming in the background we have had a great few days with lots of great food and good laughs too. A huge thanks to Debbie and Stuart for a lovely piece of normality in the midst of all the madness!

Tomorrow we pack up our bikes for the last time on this trip and head for Auckland airport on Friday.  So many emotions and not enough words….