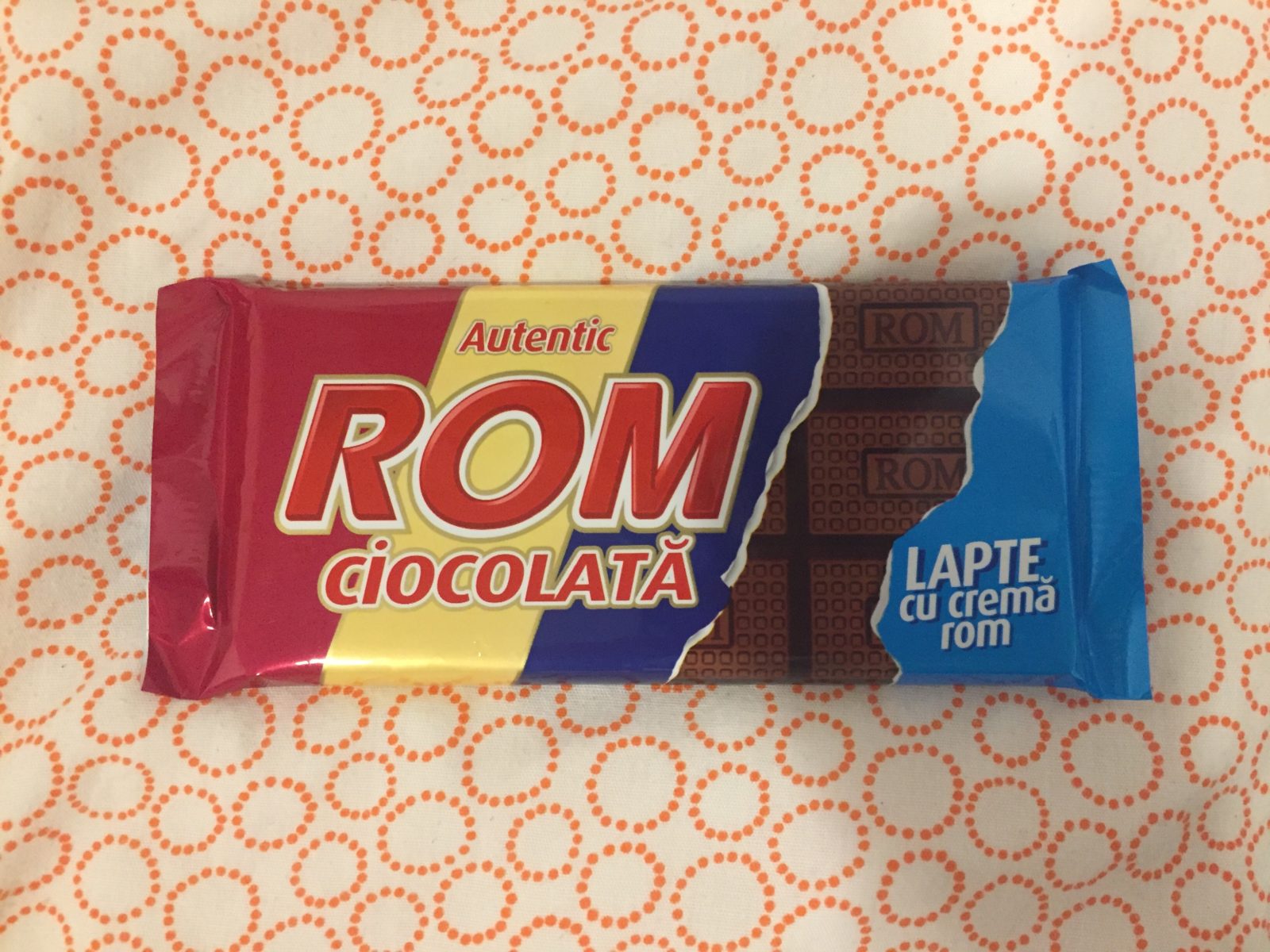 Before going into the round-up we did have one last full day of cycling from Bucharest to the Bulgarian border. We started heading south and about 4km into the journey Martina stated that “the traffic has been surprisingly good hasn’t it?”, which was of course the kiss of death as it got much busier and a lot more confusing for the next 10km! Once out of town the cycling was back to flat dull cycling only broken up by going though an unexpected, and rather nice, National Park. A lovely forest to cycle through and a nice lunch stop in the buzzing small town of Comana. We were heading to the border town of Giurgiu and the final part of the journey was against a fairly strong breeze and along some poor roads, but other than that it was uneventful.

So back to the round-up.  We entered Romania with more trepidation than any other country so far after we’d heard numerous horror stories of theives, gypsies, packs of rabid dogs, nightmare roads/drivers, etc, etc. Once again, we have been rather embarrassed at how badly yet another Eastern European country is perceived in the UK and more importantly we have been pleasantly surprised!

Now for the detail…

1. The countryside and scenery is stunning and much more spectacular than we expected. 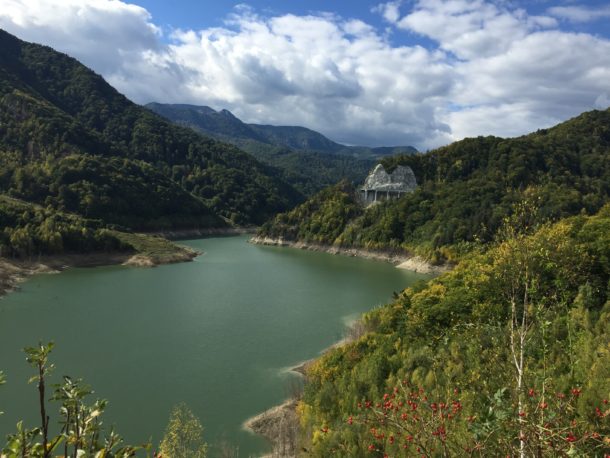 But it’s a very poor country and this is particularly evident in the rural areas, where there are shepherds and cowherds tending their sheep and cows on open hillsides and roadsides.  A very hard life! 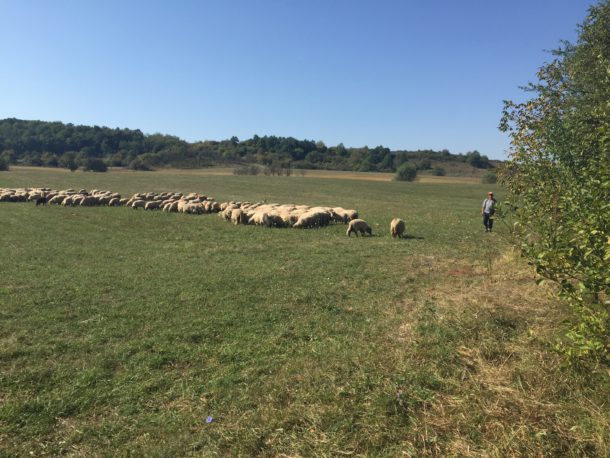 2.The standard of the road surfaces has been very good on the whole and only a couple of times did we remark that things have gone a bit ‘Poland’! It’s fairly easy to keep to quiet roads which suits us cyclists, an example of which is that we journeyed all the way from Timisoara to Buzau, approximately 600km, and only had to go on busier roads for about a total of 3 hours. Romania must have the monopoly on long, very straight roads – everywhere there are unbelievable 5km+ straight roads. 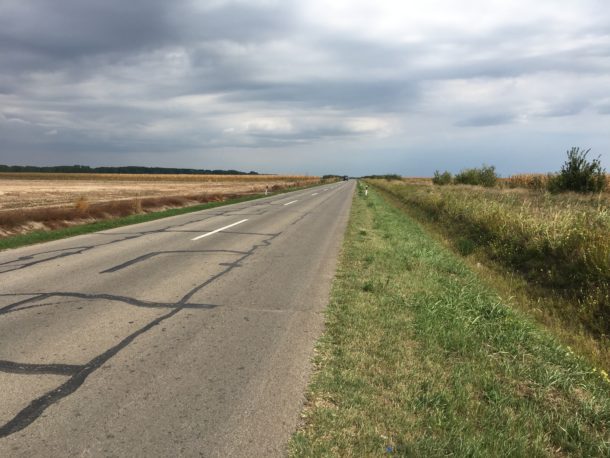 3. Cycle paths are practically non-existent and where they do exist, mopeds, scooters and pedestrians all use them too. We saw hardly any ‘proper’ cyclists out training, until we got near Bucharest, but there are plenty of other cyclists out and about, just going about their daily business.

4. Having heard the stories of cyclists being chased by rabid feral dogs we were very nervous. However, we haven’t really had many problems – that’s not to say we haven’t been chased, but for only very short periods. Our tactic of stopping and waiting for them to get bored has worked well and the ‘hund off’ spray and BIG stick have remained safely stowed. To be honest, many of the dogs actually look scared and cowered away from us, which is quite sad.

5. There is a lot of rubbish at the sides of the roads – about the same level as Serbia, but with less mass fly-tipping. And we’ve not seen any recycling since being here, which may explain why it’s all by the side of the road.

6. People-watching is a Romanian past time – especially with the older generation. Throughout all the small towns and villages there are benches and seats by the side of the road, with people sitting watching the world go by – even if it’s windy or chilly!

7.The seasons are definitely changing and we have seen the maize harvest underway and a lot of domestic logging activity as people prepare for winter. Am sure this is happening all over Europe, but it was something we noted here.

8. Dacia cars are made in Romania…we had no idea! And like the Skoda was the car of choice on the Czech Republic, Dacia is the most popular car make here.  Surprisingly there are lots of shiny, expensive, posh cars on the roads and in the cities – something we didn’t quite expect to see.

9. In rural villages we have come across so many random farm animals just ‘hanging out’ at the side of the road.  Cows, pigs, donkeys, goats, geese, hens etc…Some are tethered and some not, but it is a sight to behold when you turn a corner to see a cow just sitting by the side of a road watching the traffic go by.

10.  The stereotypical gypsy horse and open cart is a common sight on the roads. Turns out it’s a very adaptable form of transport and we have seen them carrying all manner of vegetables, hay, straw, metal – and of course people. 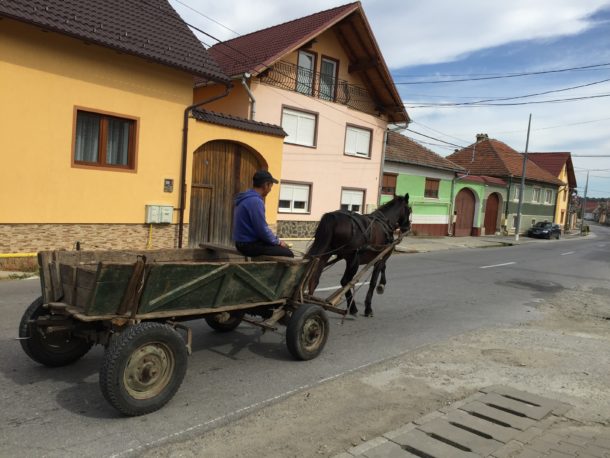 11.Many of the churches we’ve seen have elaborate frescoes on the outside. Roadside shrine are very glitzy compared to the other more stark versions we have seen and usually housed in a small building;  sometimes lit up.

12.Bakeries (one of our favourite topics!) have hatches in their front windows so you don’t even have to go inside to get a cake.  Martina soon got the knack of point-for-your-cake! 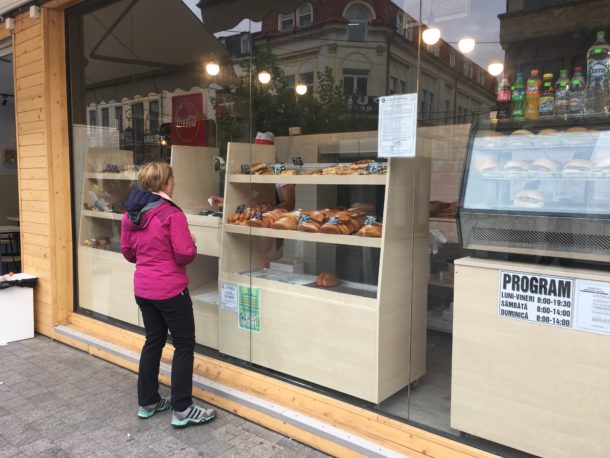 13. Romanians are a patriotic lot – with flags flying from many houses, almost all public buildings and even from cars – far more than we have seen anywhere else, except for Denmark. There is even a patriotic chocolate bar called the ROM bar – different types with all with rum in the middle – and all are very tasty! 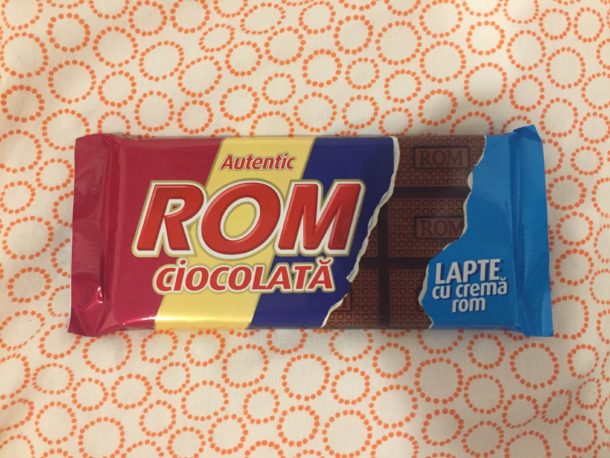 14.Prince Charles apparently is a big advocate of Romania and owns numerous properties in the country. Who would have thought?

15. Although we cannot understand much Romanian we have noticed that the accent has changed as we have moved south. Apparently they speak with a Hungarian accent in the north. Speaking of which, there are two counties in the centre of Romania (nowhere near the Hungarian border let me add!) that speak only Hungarian.

16. There are Christmas decorations on display in many of the villages, which we assume are still there from last year…some of which are just dangling from wires across the roads.