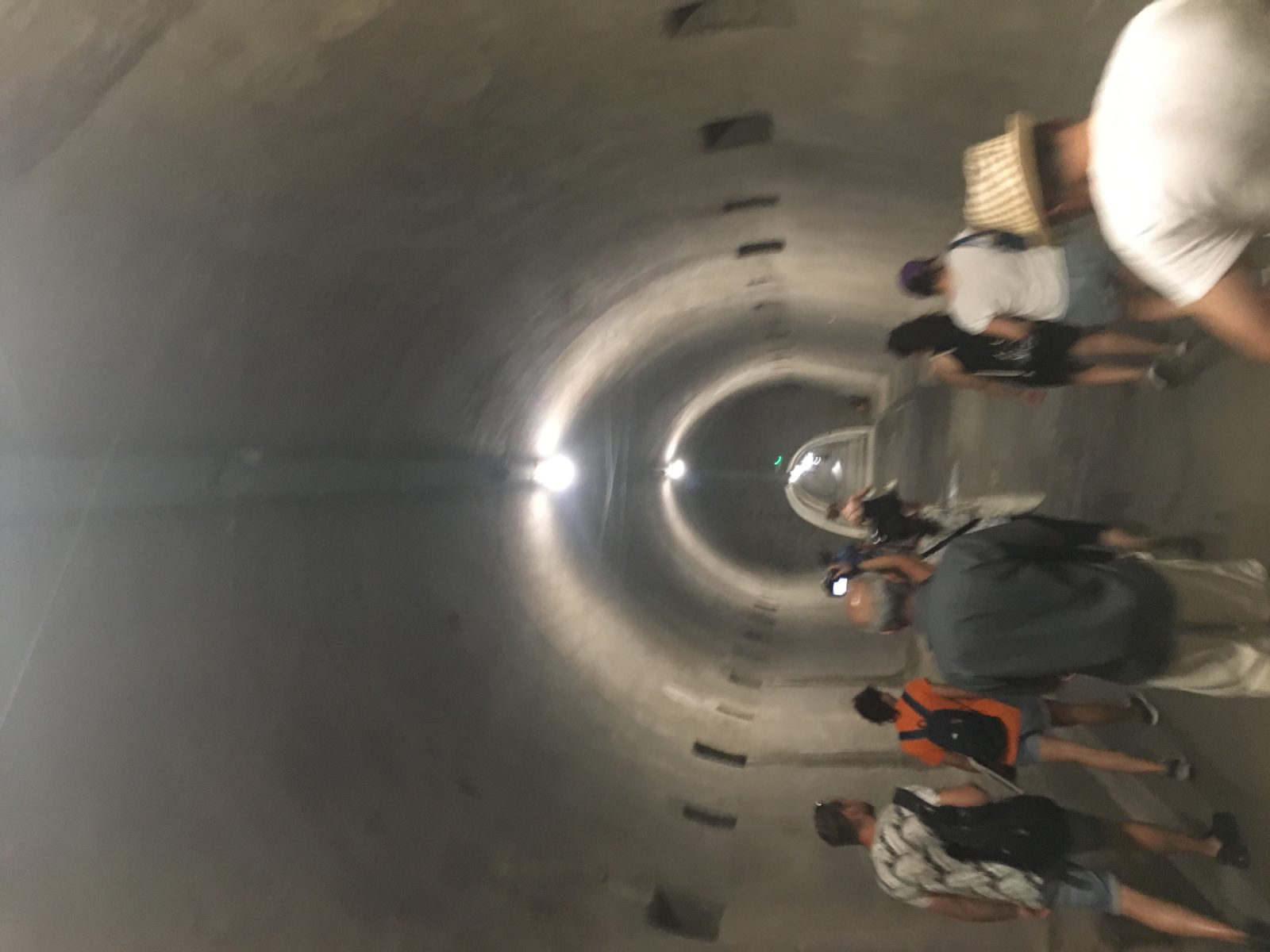 Leaving Hungary and crossing into Croatia is the first manned border exit and entry checkpoint we have cycled on our trip. It does seem rather bizarre considering they are both EU member countries and we’ve been through plenty of others where there was absolutely nothing! There was also no sign of the much-publicised anti-migrant fence along the southern Hungary border.

So, Croatia is country number 12 (if we include England)! We had a few Hungarian Forint to spend before we left, so a strategic supermarket shop got rid of our left over cash and we were over the border around 11am.  Even though we know we have nothing to hide it’s always a bit nerve-wracking dealing with officials, but no issues at the Hungarian exit checkpoint and we cycled over the bridge that we could see from our tent the night before. There’s about 200 metres of “no man’s land” over the River Drava – there is a red line in the middle of the bridge which is the actual border and next to it it says M, which is Magyarorszag (aka Hungary) and HR, which is Hrvatska (aka Croatia) – all very confusing! 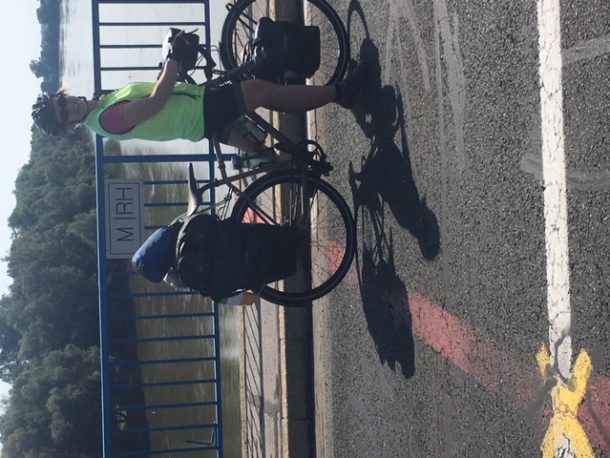 Then onto the Croatian checkpoint, where again all was fine, so off on our merry little way. 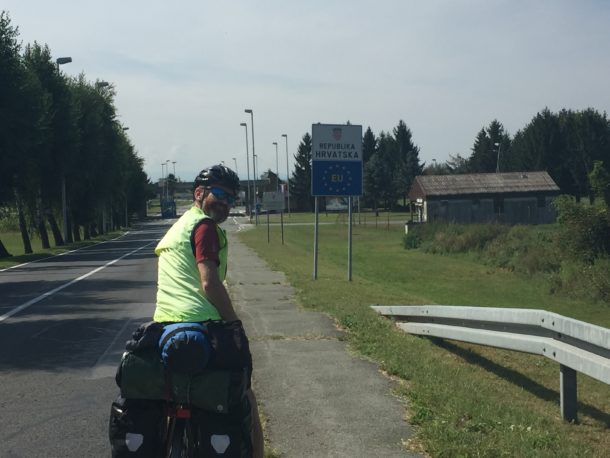 Not much of a difference in the rural landscape from where we had come from other than the car registration plates that had changed from H to HR. And surprisingly not many other cars or trucks had crossed at this point, so the road was pretty quiet at the start.  We were heading towards Zagreb and although it wasn’t on our route we decided to head towards the first town of reasonable size, Virovitica, to get some cash, as it’s a must-have when in rural locations.  The road got a bit busier on the way into town and the drivers were more aggressive and faster than the Hungarians, which wasn’t great.  Reached the town just after midday and when we turned into the centre came across a cafe that was absolutely jammed with coffee, cake and ice-cream eaters.  We loved it already! Decided it was time for a break and not only were there cakes….there was a 3-page cake menu…in English – horrah!! 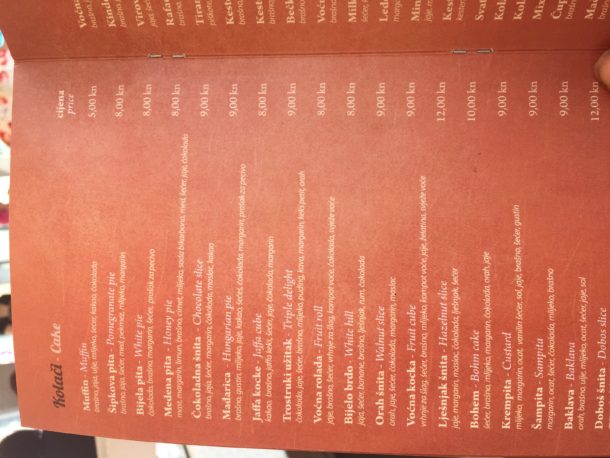 Suitably stuffed, we were back on the road again.  Between us and Zagreb there were hills that we needed be on the other side of by the end ofthe day, but preferably on flat-ish roads.  This wasn’t the best option unfortunately as these flat roads were really busy with big speeding trucks, so we changed plan and opted to go through the hills.  It was actually a very nice and picturesque route with lovely green lush landscspe, so it was a good decision!  We also came across what was an old art installation in th middle of a forest where there were numerous wooden ‘sculptures’ dotted along our route. They had obviously been there for a while as many had rotted and were starting to look rather sad and rundown. 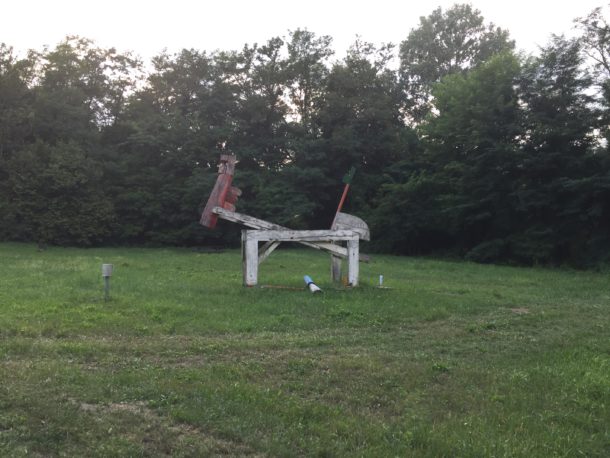 We thought we might wild camp for the night, but we got through the hills quicker than expected, so not far from Bjelovar we decided to book somewhere (oh the joys of internet on the move!), which turned out to be really nice air-conditioned accommodation with the use of a kitchen.

Nice cycling and fairly cool temperature to start the next day.  We we were 2 days away from Zagreb, where we had an Air BnB booked for the weekend, but when we stopped for coffee (no cake!) in Dubrava we realised 2 things….Zagreb was nearer than we thought (or else we were cycling faster than planned) and I had booked for NEXT weekend….doh!  A rethink of plan and we decided to get to the outskirts of the city and then have an easy cycle into the centre on Saturday as planned.  Booked to stay in Sesvete, which we thought was 23km from centre. The traffic and the roads were pretty horrendous from about 2 hours out, which wasn’t much fun.  However when we got there we realised it’s actually a suburb of Zagreb and only 10km from the centre (which might explain the traffic) …thankfully our apartment was really nice and equipped with the luxuries of a washing machine and air conditioning, so we decided to make it our base for the whole weekend and use public transport to travel to the centre.  Friday night we just chilled and Saturday we decided to brave the 40-minute bus and tram journey into the centre, with the bus being a particular challenge as there was no timetable at the bus stop. A lot of the signs and advertising that we have seen here are in English (or at least dual English/Croatian) and the level of English among people we have dealt with so far has been really good, so with the help of some really lovely people we figured it out.  We hadn’t done any research so it was a case of just wander around the city and get a feel for the place – but within minutes we both loved it.  The centre is very small, on a par with Bratislava, and although there were some tourists around it was by no means crowded. 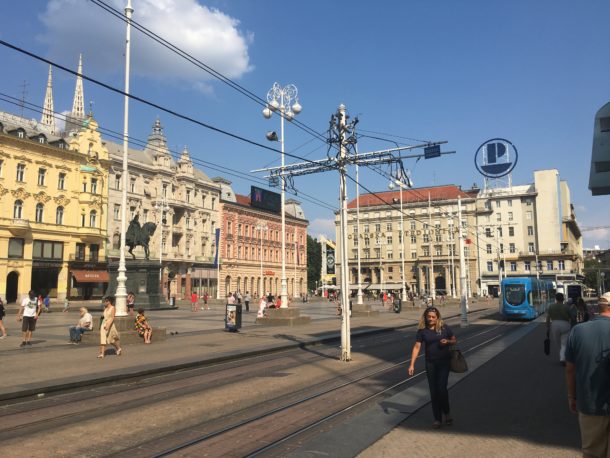 We came across some folk-dancing and singing in the main square and there was a local market nearby to visit as well as the important task of cake sampling. 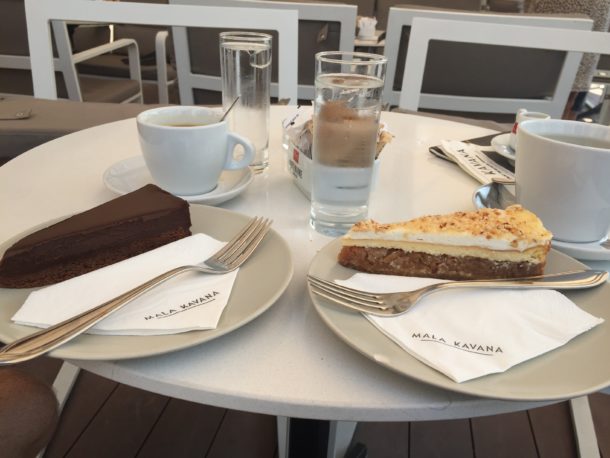 Wandered around a few of the main sites that we looked up and climbed up to the old town which is on a hill with great views of the city. 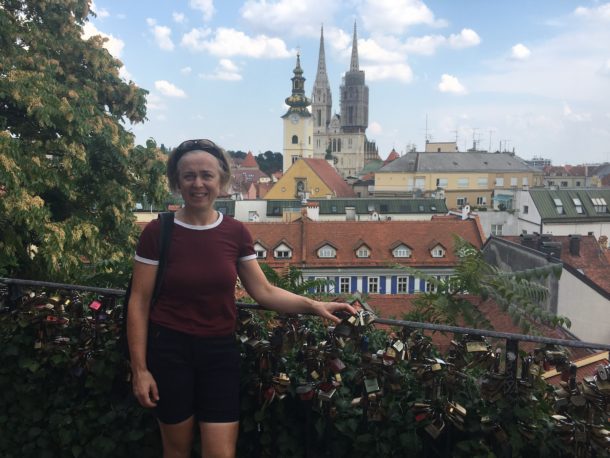 It’s not a huge place at all so around 4pm we felt we had seen enough so we’re happy to head back to base for a snooze and a lazy evening.

On Sunday, rather than our regular ‘free’ city walking tour we opted for the Homeland War Tour, which was a 3-hour brilliant insight into Croatia’s past 100 years and in particular the Croatian/Serbian conflict in the nineties.  Kristina our guide was a 29 year old born in Zagreb and was a young child at the height of the conflict, although Zagreb was by no means one of the worst affected areas.  She gave us fantastic insight into her own experiences and background to the conflict and it was by far the most informative and interesting city tour we have done to date; completely mind-blowing, and it will be interesting to hear the other side of the story when we go to Belgrade. The tour took us through some tunnels, which were built as shelters during WW2, but were also used in the 90s conflict. 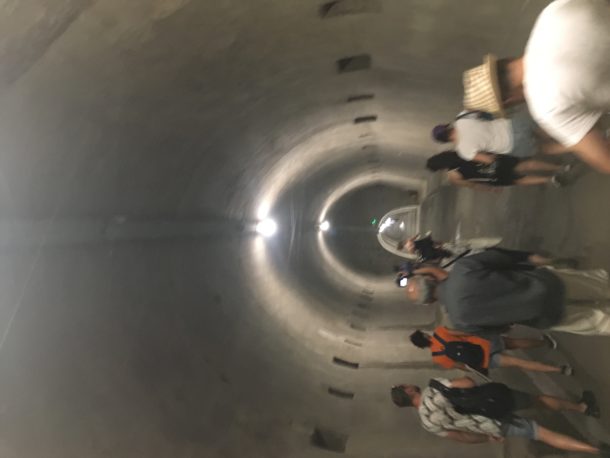 It also gave us possible explaination around the graffiti scrawled on some rural houses that we saw on way here as well as a derelict church ….maybe not, but it has given us food for thought as we head off towards the border into Serbia.

On a happier note, the cafe culture is alive and well in Croatia.  Even in the most remote areas there appears to be cafes and bars aplenty – so lots more cake sampling to be done me thinks!