Our final Polish city – and we saved the best for last! 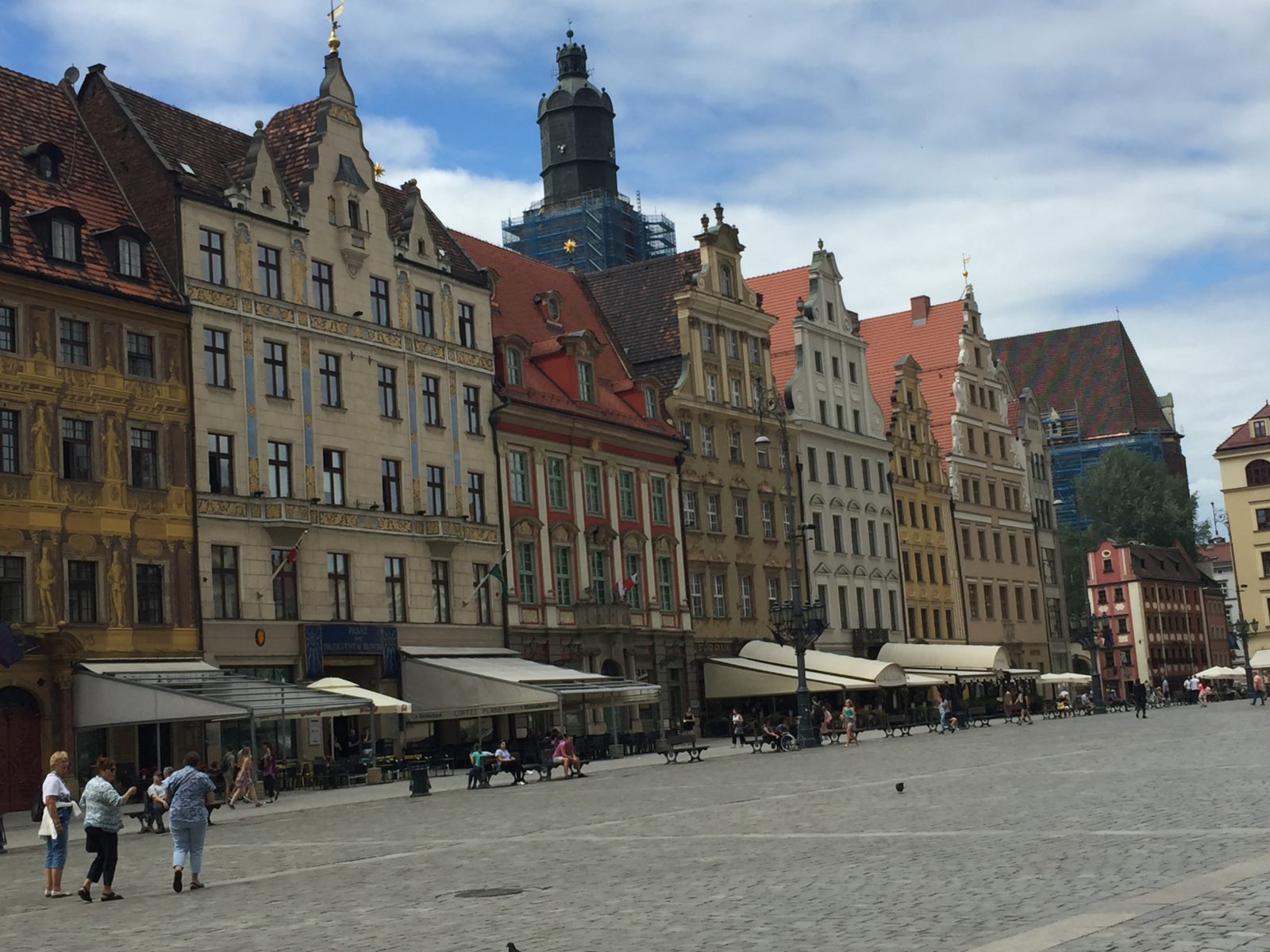 Had a great night’s sleep in our very rural environment and a lie-in until 8am, but we were still on our way at 9.30 for a fairly uneventful day cycling  – mainly through forest and a national park.

We have decided that what we are missing in Poland some days is a proper coffee culture where we can find a nice cafe and while away some time in the afternoon before deciding on where to aim for for the end of the day.  Granted Poland does cakes (and for that we are thankful!) but mostly from bakeries or supermarkets; only the main cities seem to have cafes, and that’s a bit of a bummer for us when we are starting to get tired and want to have a rest for an hour or so before the end of the day…and today was one of those days were we really felt that.  So we had to make do with a roadside stop with a takeaway coffee and cake before making the final push to Olawa, which is about 40km from Wroclaw.  We thought it looked interesting from the little bit of research we had done, but we were wrong….nothing to see or do on a Monday night.  Saying that, there was a great Italian restaurant near our hotel so we went there for dinner and then back to the hotel to see the second half of the England football game.

We are staying in quite a posh hotel tonight – well posh for us – and it has made us realise that hotels are our least preferred accommodation choice on this trip. We are fine in Air BnBs, agri tourism venues and camping, but coming into a hotel with fully-loaded bikes, all hot and sweaty from 8 hours cycling and getting weird looks from the other people checking in is a bit uncomfortable ….and that’s before we have to start lugging stuff to our rooms – especially when there is no lift! But needs must and sometimes it’s the only option available to us, which is the case in Olawa.

Tuesday morning was 40km cycle through forest and along a river, which was very nice – especially through swarms of butterflies that accompanied us on the route. Nothing too complicated to get into the centre of Wroclaw, (pronounced Vrots-swaf) which is our last city visit in Poland before we head to the mountains and into the Czech Republic.  We had read that it is one of the top places to visit and all the guides were right. Although it’s not as old as Kraków because it was rebuilt after WW2, it’s equally as pretty and being a university town it has a lot going on.

Not as in-your-face touristy as Kraków although there were plenty of English-speakers and other tourists around as well as ourselves. Spent a few hours just wandering and taking in the sights and atmosphere before finding a bar to watch Poland’s first World Cup game against Senegal. Everywhere was packed and a lot of tables reserved, but we persevered and found a couple of seats with decent views of the telly.  Not the most exciting game, but we did join in a few “Polska”chants for the few times that Poland looked likely to score, which didn’t happen. We decided to leave early when Poland were 2-0 down  and the score looked unlikely to change.  Turned our backs and Poland scored….Sod’s law! But we left anyway and had a lovely dinner in the main square with excellent people-watching of tourists and fans, before a final wander around and then home to our AirBnB. Definitely our favourite city in Poland – a lovely feel to it, plenty to see and do and it doesn’t have that tourist-mania feel to it where everyone is trying to sell you something…highly recommended! A quirky tourist attraction is their collection of brass dwarfs about a foot high, hidden randomly throughout the city – and we only managed to come across a few..we might have to go back another time to find some more! 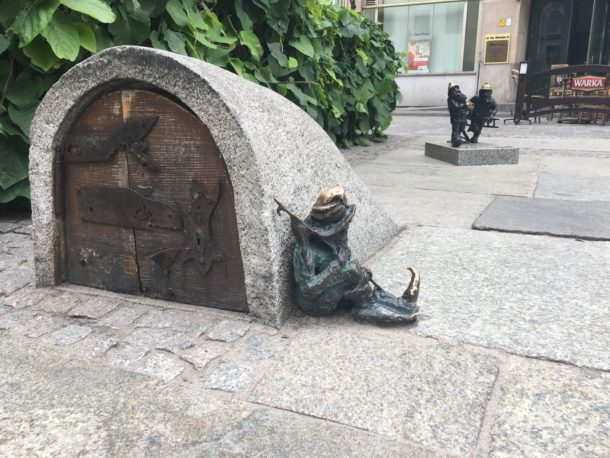 An early-ish night, which was an achievement in itself considering some of our neighbours were pumping out really loud music and having a post-march party/drowning their sorrows…but it was a school night so surprisingly all noise stopped around 10.30 – horrah for law-abiding citizens!!

A relatively slow start to getting out of town as we had to go through a lot of the city to get out as well as do our usual city stock up, so unusually for us we had only covered 20km by midday and it wasn’t the nicest of roads.  But things changed in the afternoon and we experienced our first hills in a while and some nice cycling. 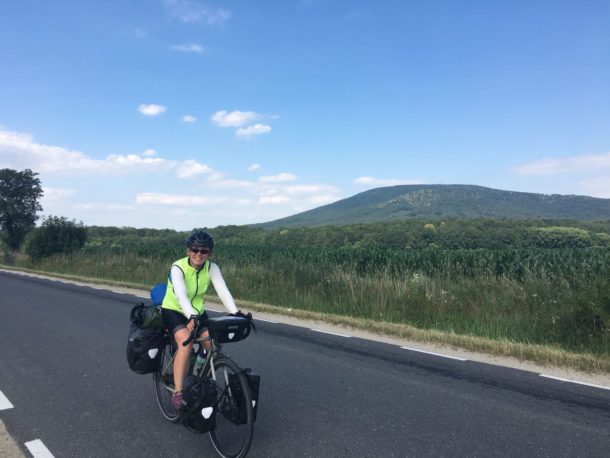 We were aiming for an agri-tourist place in the foothills between Poland and the Czech Republic, which was slightly further than we had planned to cycle today.  But we made it, they had a room free and here we are – about 40km from the Czech Republic. Our last full day in Poland complete and ready for the next country!