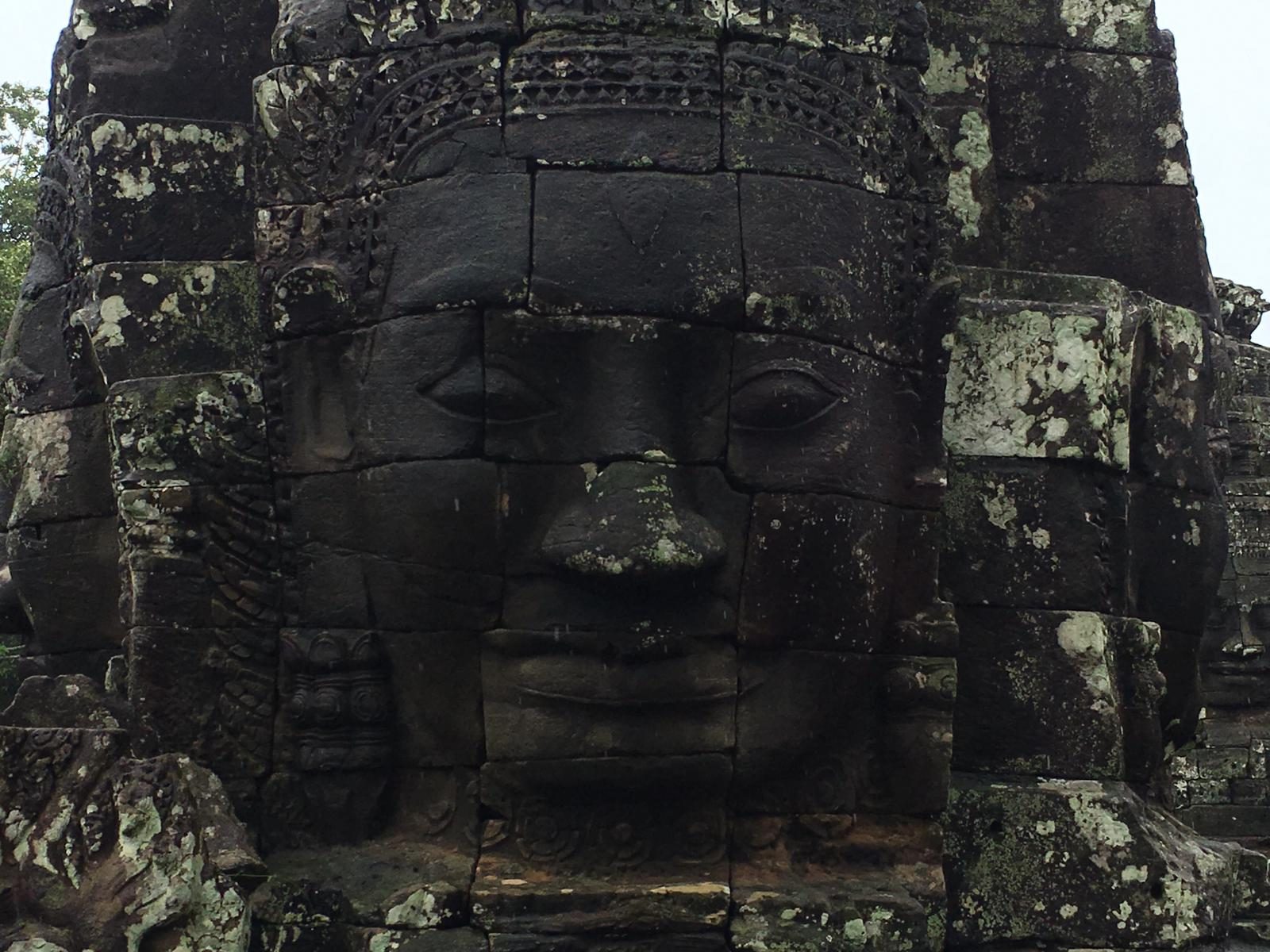 Our journey through Cambodia was always going to be a flying visit, which was a shame as we now know a bit more about the country and we want to spend more time here.  We will definitely come back in the future! It has had quite an impact on us for all the right reasons. Here is our round-up from our brief time in country…

1. We have mentioned it time and again that the Cambodian people are great – and to be honest we can’t really say enough about them. Wherever we have been there’s always a smile and a wave and people trying to help us out. Our Siem Reap experience was the icing on the cake and something we will remember for a very long time.

2. Although they have their own currency, the US Dollar is really their primary currency…with everything priced and quoted in dollars, which seemed very strange to us.  This dates back to the Khmer Rouge, who abolished money completely between 1975 and 1980.  When it was reintroduced in 1980 it was at the time when the UN contributed humanitarian aid to the country and also had personnel on the ground who were spending in dollars, so the dollar was widely adopted then and remains the case today

2. For cyclists the roads are less chaotic than Vietnam’s as there’s far less traffic on them. We stuck to the main roads where the surface quality was good, so we can’t really comment on what the smaller roads might be like but we have heard from other cyclists that they can get quite bad the further from the main roads you go. There is lots of sand, dust and grit at the side of the roads, which isn’t good for bicycles. And apparently most of this is brought onto the main routes from the smaller unpaved side-roads, which would suggest that these are quite bad.

3. We only saw bike lanes around Angkor Wat and though we did see a few leisure cyclists it’s not a very popular pastime. Around Angkor Wat is a particularly great place to cycle as there’s very little traffic, it’s flat and there’s lots to see.

4. There are a fair number of motorcycles and scooters, but nothing like we’ve seen in Vietnam. Helmets have gone again though!

5. For a poor country there was a surprisingly large number of very large, posh cars and pick-up trucks on the road. Tuk tuks were back too – only in small numbers, but we hadn’t seen them since at least as far back as Bangladesh…

6. The quality of accommodation was surprisingly good throughout the country – slightly more expensive than Vietnam, but very good value for money all the same.  And unlike Vietnam where the beds were rock hard, in Cambodia they were much more comfortable.

7. Cambodia is a communist one party state and we often saw signs for the Cambodian People’s Party along the side of the road…

…There were, however, a smaller number of signs for at least two other parties. There is also a King, who is very much a figurehead.

8.  Lots of women and kids wear pyjamas during the day – there was a fad for this in the U.K. a few years back – did it come from here?

There are also a lot of tee-shirts with marijuana leaves on them – even very small children wear them. If there’s a lot of dope smoked here we certainly didn’t see it.

9. The Cambodians are generally quite dark-skinned for South East Asians and don’t seem to care about trying to be white. Quite the opposite to Vietnam and Thailand where there are all manner of products, from suncream to shower gel to moisturisers, to make people’s skin as white as possible,.  The Vietnamese and Thais also cover up with long sleeves and use parasols (umbrellas) to keep out of the sun. It is a strange phenomenon that people in the west want to be brown and those in the east want to be white!

10. The art of the door-to-door salesman is not dead! We have seen all sorts of things being sold from the back of trailers being pulled by scooters. Literally from plastic household goods, furniture, incense sticks, mattresses (see picture below), chickens, massive blocks of ice etc etc. These people are plying their trade up and down the roads of Cambodia every day…

Yes, that small red scooter was pulling that massive trailer!

11. The food was very good – much better than we had anticipated. Even salted egg, which we tried for the first time with rice porridge was much tastier than expected.

12. We’ve noticed these advertisements signs which show Manchester City sponsoring Cambodia Beer, not something we would see in the U.K. as footballers are supposed to be clean-living athletes!