A little slice of ‘normality’ 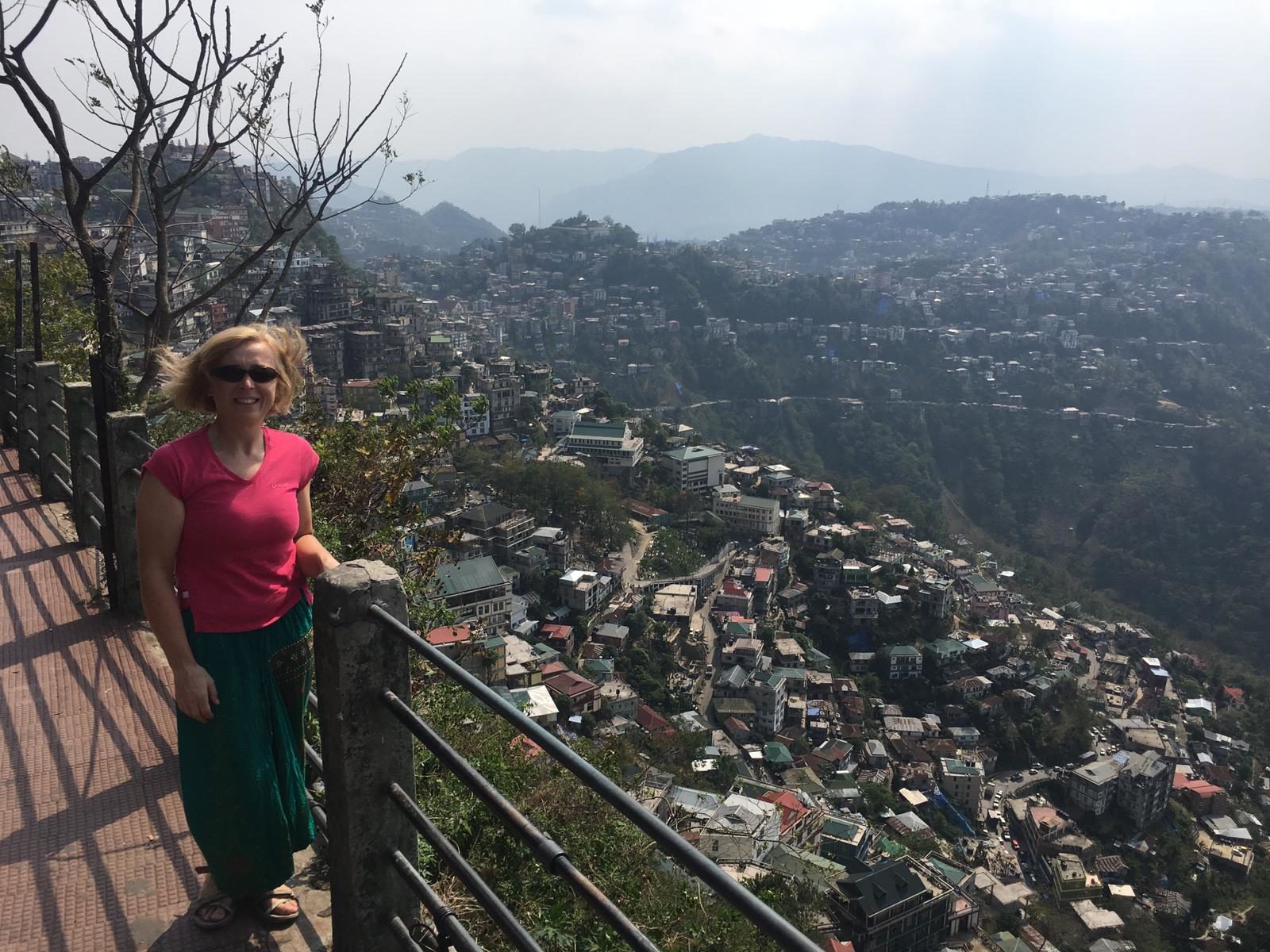 So, we made it to Aizawl a bit sooner than we had expected but that sort of worked in our favour. As Easter weekend was coming up and this is a really very staunch Christian region, from Friday onwards a lot of shops, government departments, etc would be on shorter working hours/days and/or closed. As the resthouses we will be using on our journey towards Myanmar are government-run, there is the likelihood that they would also be closed or unmanned, so we made the decision to stay in Aizawl until Monday. And to make use of our time here we applied for and received our Myanmar visas and got them printed – so our first job was done!

Aizawl, it turns out, is a bit of a gem and it didn’t take us long to get the feel of the city and what we saw of it early on, we liked – a lot.

It’s perched on top of some fairly steep hills and so the bulk of the buildings sprawl down the sides, giving it almost a Mediterranean feel…

The city has a very strange layout.  As the sides of the hills are so steep, the buildings built on the sides jut out, and in-between there are thousands of incredibly steep steps which link the roads together.

It is actually quite a pretty place, but unfortunately it’s very humid still and difficult to see through the haze  – it would be nice to see the valleys better!  On our very first morning here at about 6am, whilst Martina was still sleeping, I looked out from our balcony and couldn’t see more than about 10m because of thick mist. It burned off as the morning wore on, but it showed the level of moisture that there is in the air…

One of the very first things we noticed about Aizawl is that, for an Indian city, it is incredibly quiet – no blaring horns. In fact the drivers here hardly use their horns at all, which is just great!

It was as we were walking through the city on Wednesdsy that we got the call that we had to move from our accommodation.  It turns out that our resthouse for ex-service personnel was no exception to the holiday shutdown and we were told that we’d have to move out by Thursday morning. Though it was basic accommodation we’d got our kit tidy and had started to get some hand-washing done, so it was getting to be a bit more like home.  It felt like a right pain in the arse to have to move, but as we had no choice we decided to check out a couple of hotels. It was at this point that we realised what a good deal our resthouse was! For twice the price the hotel rooms were smaller and definitely not as nice. We decided that we’d try AirBnB, which we really haven’t used much apart from in Delhi and Mumbai, but we found a place relative quickly, so we could then relax as that was us sorted for the weekend.

We spent the last part of the afternoon and evening chilling out, writing the blog and doing a bit of bike TLC – not really maintenance just cleaning the belt drives, cleaning and adjusting the brakes and tightening all the bolts. The bikes have taken a bit of a battering over the past few days on the roads os Mizoram!

We packed our things and were out of the resthouse by 9:30am and though our new accommodation was only 5km away it was right the other side of the city and up a monster hill – typical! However, it was well worth the effort – our new digs were in an apartment block perched on top of a hill with amazing views overlooking one of the valleys. It’s an enormous 3-bedroom apartment and as neither of the other 2 bedrooms were booked, we had the place completely to ourselves – all for £15 a night!

So, it was cheaper than the hotel in town and MOST importantly, it had a washing machine! The unavailability of the resthouse forced us to move and boy are we glad we had to now!

The washing machine was put to use straight away and we then did a bit of shopping to stock up for the weekend as the shops were likely to be closed too. It was a strangely fulfilling time and made us feel a bit like we would if we were building up to an Easter weekend back at home – a little slice of ‘normality’ in our otherwise very random lives! Our plan is to use the days we gained using the 4×4 taxi (or Sumo as we now know they are called) to have a proper Easter break.

It also gave us an excellent opportunity to get all of our kit out, check it over, get it all aired etc. The apartment has a covered, glazed terrace with windows that open which is a perfect space for this job. So, within a short period of time we had everything out and it looked more like an expedition store than a terrace!

It also had great views!

We also did a bit of home cooking for the first time in ages.  Who knew that scrambled eggs, porridge, noodles, pasta, toast, etc could taste so good?!? Just like being at home.  Our next stop is Myanmar, which we don’t expect will be anything like home, so this has been a welcome slice of normality!

One thing I would have liked is a beer, but unfortunately Mizoram has been a dry state since 1 April this year, so although we saw some liquor stores they were all closed up. Never mind, think of the good it did me by not having one! We experienced a full day of power cuts on Saturday –  the one day that shops were actually open – so that scuppered my plans for a beard trim and hair cut, as well as a decent cup of coffee! But fortuitously we found a pharmacy with a resident doctor who diagnosed a bacterial infection in my saddle sores and then prescribed antibiotics and anti-inflammatory pills –  so our time spent here has certainly not been wasted!

Though we busied ourselves over the weekend and walked a lot around the city we have realised one thing – we’re not very good at sitting still for any period of time and we definitely got a bit of cabin fever from our extended stay in Aizawl. It certainly wasn’t the city’s fault – it’s us – and it has made us start to wonder how we will cope when we finally have to go home. On that point we have started to make a few loose plans for our future beyond this journey and we still have almost a year to refine them. One thing that we have agreed on is that we want to be able to do more travelling and more specifically more cycle touring. Perhaps not as ambitious and for as long as our current tour, but likely for between 1-3 months at a time. We just need to find a lifestyle that allows us to do that. We have already highlighted a few places we’d like to visit for ‘short’ tours and are as follows…

There are, of course, plenty of other places we want to go, so the list is likely to change and grow!

A couple of recent Mizoram observations: