A (rather long!) round-up of North-East India 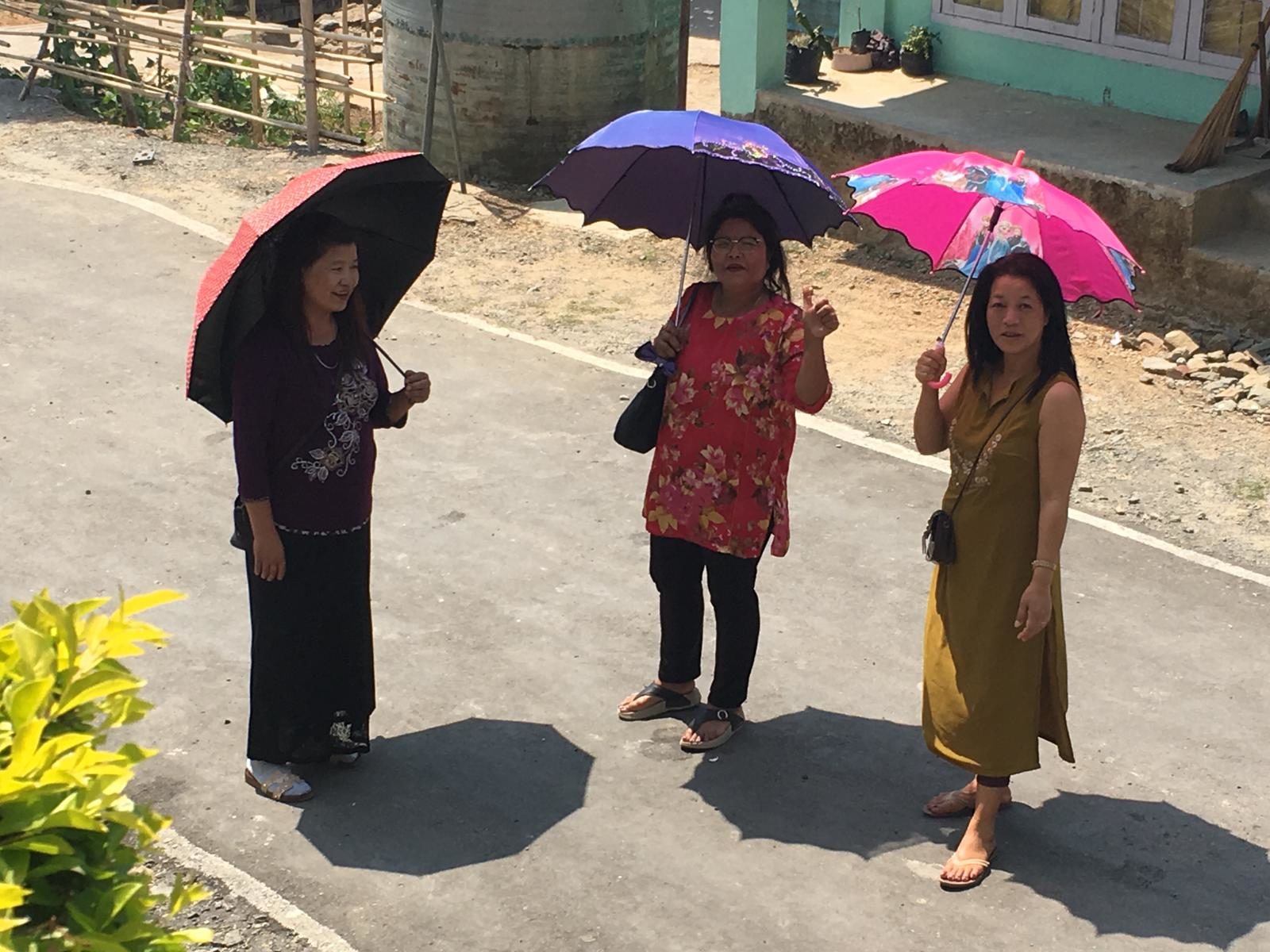 We have always said that certain parts of our trip will be more memorable than others.  And we both feel that the 2 weeks we have spent in the North-East of India will be one of these more memorable parts….the people, the landscape, the whole experience. Our time here has taught us how this part of the country is so different from central India and we have preferred it ……although to be honest, it is so unlike our earlier experience so it’s probably unfair to compare them. But we really loved it here and would like to come back.

We have travelled through only 2 of the 7 north-eastern states – Tripura and Mizoram – and there’s so much in Mizoram in particular that we think is probably very similar what we will experience in Myanmar….but I guess time will tell!

Mizoram and Tripura are strong tribal states with multiple tribal languages spoken throughout. We spent more time Mizoram than Tripura so learned more about their culture… The locals consider themselves firstly Mizo, then Indian…and feel more aligned to the Burmese people than they do Indians, which is understandable considering their geographic proximity, and their physical likenesses. Neither of these states speak Hindi, which considering it is one of the official languages of India (English being the second), we found extraordinary. Melony in Khawzawl told us that when the British granted India independence in 1947, Mizoram was offered a choice of being completely independent, being part of India or being part of Burma, which was still until English rule at the time. Despite the huge similarities they have with Burma, they opted to be part of India. We think the same was offered to the other 6 states in this region but aren’t completely sure…and Melony wasn’t sure when we asked!

One of the saddest thing we saw on a regular basis was people breaking rocks along the roadsides, which we assume are used for road-building and other construction. From 6am until late into the afternoon you could hear that “sad little sound” as Nigel called it, of men, women and young people sitting under a canvas-cover, just endlessly chipping away at rocks.

We saw what we think was a boy and his father working side by side and then a few metres later an older man…which made us think that for the young guy, this was the life ahead of him. Heartbreaking and very sobering as we cycled past as privileged westerners on our world tour. It really hit home about the lottery of life and how lucky we are to have been born into the life that we have, with so much that we often take for granted, such as education and freedom of choice. (PS  we did ask this lady’s for her permission to take the photo/video!)

Some of the main differences we noticed between here and central India, as well as some random observations are:
1. Food – the food is either sticky rice or noodle-based …and not at all spicy – although they do have spicy condiments if you want to add some spice. It’s a completely different menu from central India and unfortunately very bland and boring for us in comparison. They serve Chow (noodles), Chaw (rice) and Chai (tea) …..so we had to check we were ordering right thing at times!
2. It’s a very Christian area – Mizoram in particular. There are churches everywhere and they even have a “call to prayer”, where there are loud speaker announcements before services and prayers – some as early as 5:30am. And there is lots of choir-singing going on – day and night. Even when we went to Rome I don’t think we experienced anything as devout as this!
3. Lots of Christian names, such as David, Andrew, Joseph, Mary etc which was another surprise for us.
4. Probably another Christian influence, but marriages here tend to be “love marriages” rather than arranged.
5. The people are really friendly and welcoming. Although they are curious about us they didn’t encroach on our personal space and generally weren’t as intrusive as we found in central India…although they also like their selfies!
6. Roads. The roads vary between amazingly smooth to absolutely horrendous – I would say 50/50, so as cyclists it wasn’t easy.

They are dry and dusty so a large proportion of people on the roads and in villages wear dust masks a lot of the time. (We didn’t as we were already too hot!). Thankfully the drivers (including the truck drivers) are relatively considerate, and horn-blowing is not used in the same deafening way as it is throughout the rest of the country. But scarily we have seen some very young boys driving scooters….as young as 8 or 9 years old!
7. English football support is quite strong here with lots of Chelsea, Manchester United and Arsenal shirts proudly worn by the locals, which is a great conversation breaker for us. And we have seen girls in full kit coming from football practice – something we never would have seen in the central part. We didn’t see much cricket!
8. They are very early risers compared to the mainland…with shops and cafes often open at 6am, and whereas the rest of India comes alive when it gets dark, here everything closes. As an example, Champhai, which was a bustling town by day became an eeringly quiet ghost town after 5pm, which was slightly unnerving.
9. They have more of a “cafe culture” than we expected…people are happy to sit, drink tea and relax, which definitely didn’t happen on the mainland, which had more of a drink-and-go culture.
10. We saw lots of notices about HIV protection, condom use and safe-sex – very reminiscent of Ireland and U.K. in the 90s, so we can only guess that HIV is an issue here. Drugs are apparently quite rife as well – especially meth which comes over the border from Myanmar. On a few occasions we experienced some people wandering around completely off their heads on something. But we couldn’t get a beer for love nor money as Mizoram became a dry state on April 1st….Yes we thought it was a joke too!
11. We experienced lots of power cuts here – much more than anywhere else on our journey so far. And they seemed to last for much longer periods of time. In fact in Aizawl, which is the capital of Mizoram, the whole city had an outage for about 8 hours on Easter Saturday.
12. Men and women carry parasols to protect from the heat of the sun…more what you would expect to see in the far-East than in India.

13. Unlike in central India they don’t walk around barefoot – even indoors.
14. Thanaka, which is traditional Burmese sun protection for the face is worn here…which is why we feels like we are already in Burma and not India!

15. They use these cute little carts for transporting people and goods….which we haven’t seen anywhere else. Reminded us of home-made go-carts!

16. We encountered very few (if any!) stray dogs here – but there are loads more pet dogs that we have seen on the sub-continent as whole. We had been told that they eat dog in the region…but we’re not so sure that’s true!
17. Country and Western style music with English lyrics seems to be the trend rather than Indian.
18. They like their gardens and look after them very well – even if it is only a tiny patch outside their front door. Again more of a western thing than Indian.