Life in the Netherlands Spent a lovely evening with Sue and Phil in the Pier Hotel in Old Harwich, good company and good food.  I think we covered just about every topic in the ‘life, the universe and everything’ compendium! A special thanks for our custom-made waterproof bags for our gadget cables – specially designed and crafted by Sue as our leaving present. 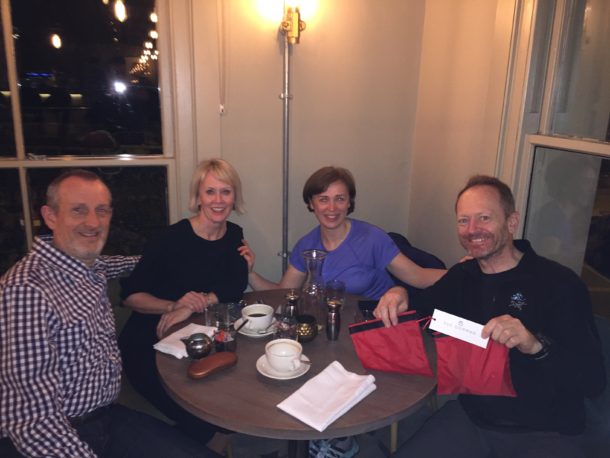 Reasonably early to bed, but didn’t sleep that well as the Captain Fryatt Bar and Hotel is a sort of halfway house for people using the ferry, so loads of truckers getting up early (4am) to drive on to the ferry, so we were woken up at the crack of sparrows.  Up and packed, met Phil and Sue, who were seeing us off, and packed the bikes in record time (9mins) and then down to a very cold ferry port.

Cycling onto the ferry was an event in itself – we were first in the queue, but had to cycle fast up a steep ramp as we had every car in the queue behind us – no pressure! Sue and Phil were waiting by the local pier to wave the ferry off….so we  waved until the they were only little specks in the distance and had a few tears! Spent the next 7 hours a little bit bored as we’d left anything of interest on the bikes, and they were inaccessable to us down on the car deck.

Off the other end to be met by Wexford-living-in-Amsterdam-Bairbre ready to cycle off – weather was clear and bright and the cycle along the coast on the brilliant Dutch cycle paths was great. 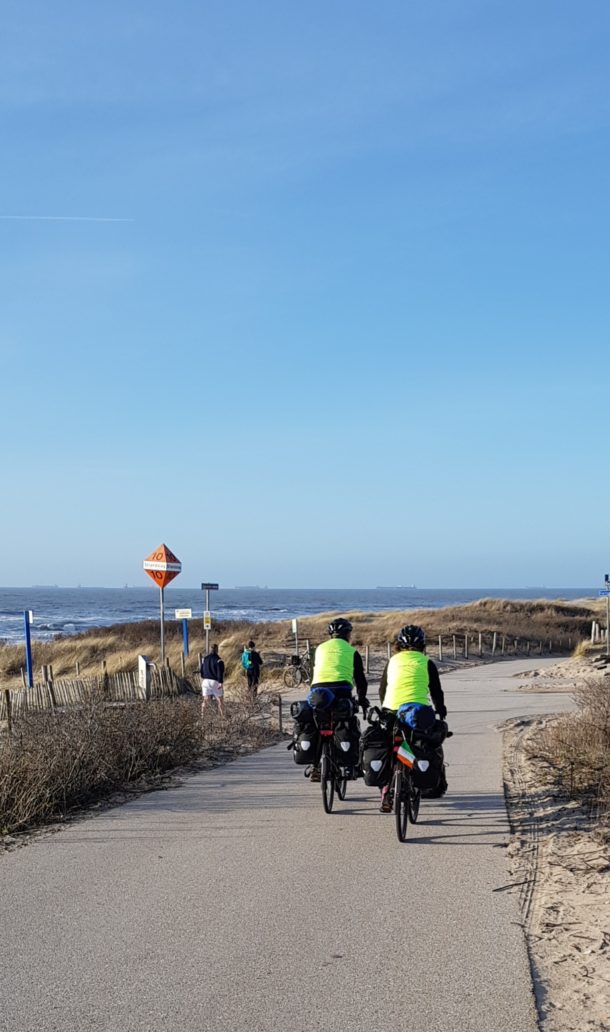 Felt a bit bad that we were creeping along for Bairbre, but it was a good opportunity to catch up at the same time.  Met a guy who was interested in the Irish flag on the back of Martina’s bike and who had been to Dingle twice apparently – but met him twice on a 33km route, about 15km apart which was a bit weird…was he stalking us?!

Made it to Wassenaar, our destination, at 8.30 to a great reception from crazy people we had never met before – Bairbre’s friends Simone and Pamela (replacement for Simone’s husband Denis who was away)  – and Simone’s  kids Luke and Jessica. 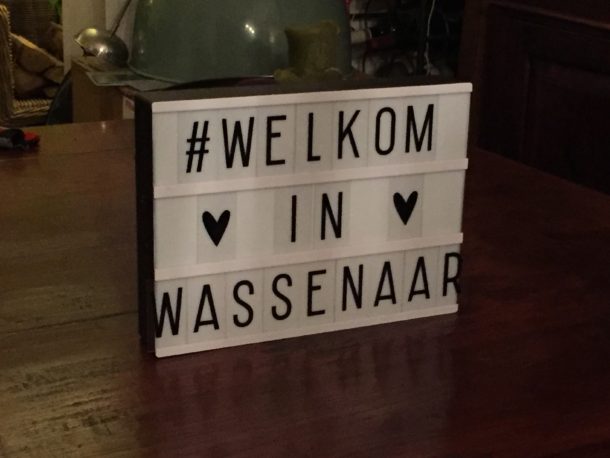 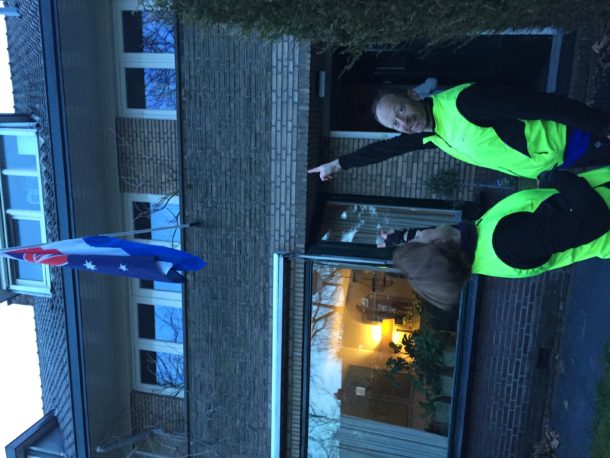 Unfortunately we had come in the back entrance and spoilt the effect of seeing the Australian and Dutch flags that had been put out at the front of the house in our honour.  The enormous party popper escapade was definitely the highlight as we ducked to avoid Simone shooting us in the face! Fantastic hospitality – hot shower, clothes washing on, lovely food and beer and great hosting meant a brilliant evening with a load of laughing…….we could get used to this life! 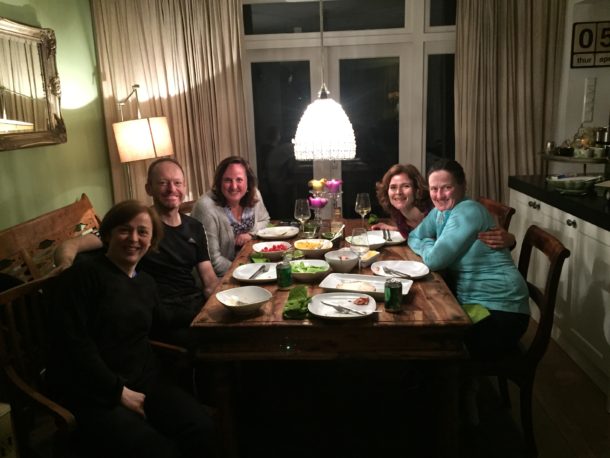