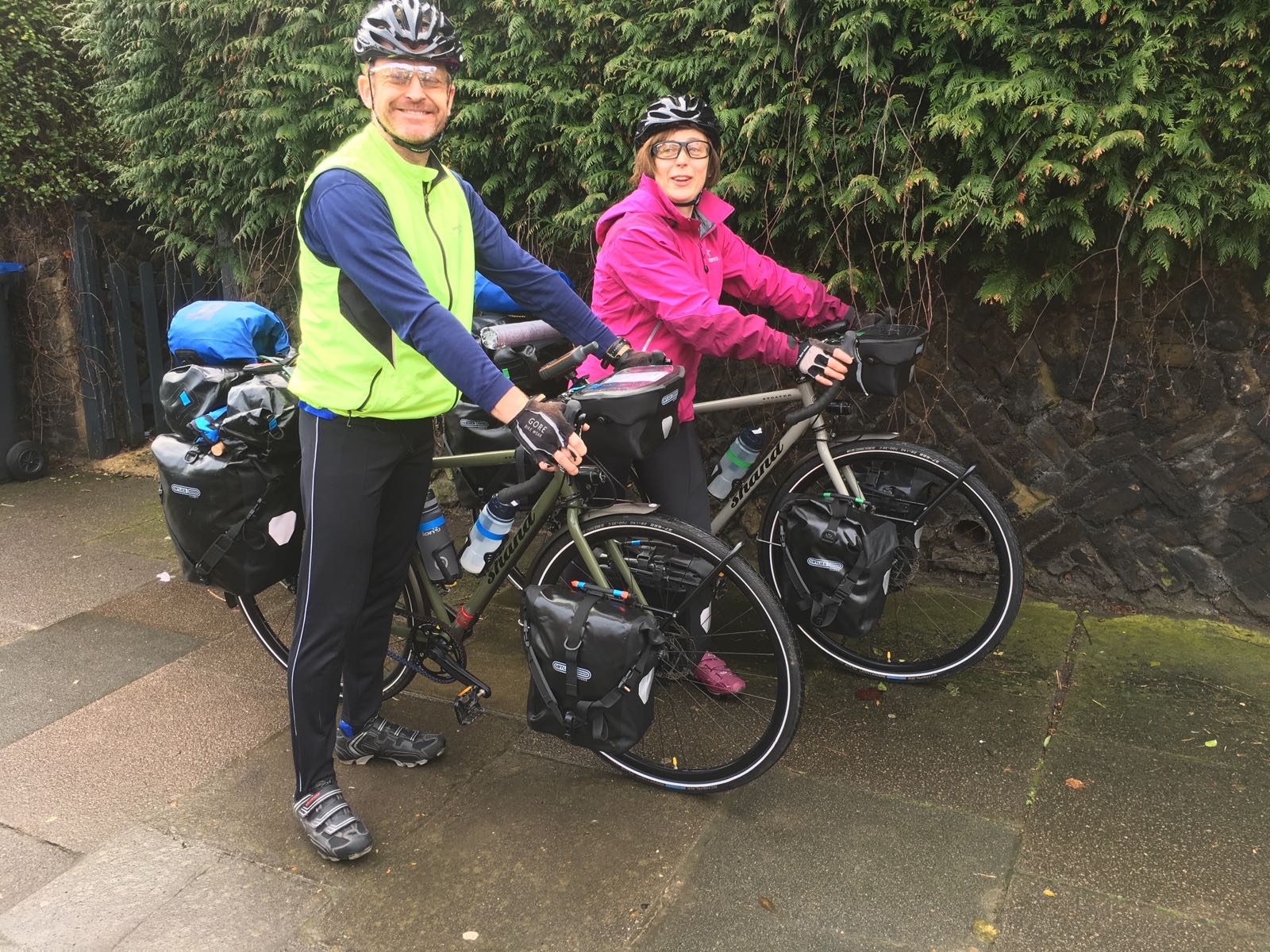 Didn’t sleep too well to be perfectly honest! Martina stayed up later and slept okay, but neither of us had a full night’s sleep – we put it down to the nerves/excitement! Over the weekend we got rid of the very last of our stuff either at the charity shop or in Dina and Trent’s attic (one bag!) so we were officially down to the bare minimum – bikes, bags, equipment and not much else. Trent and Dina did us proud with a fantastic roast beef dinner, our last supper!

Up at about 8 on the day – it seemed to me that the actual leaving day had taken a long time to arrive and then all of a sudden it was there! Katie and Jo arrived and we all settled down to a monster breakfast care of Trent (there’s definitely a theme here!).  Couldn’t really put it off any longer so it was time to get ready – both of us pretty nervous at this point. Kit and bikes dumped outside and then the faff of putting the panniers and other bits and bobs on (including Martina’s Nana Mouskouri cycling glasses!!).  Am sure (hope) that the getting ready process will get faster as we go on.  Said all our tears goodbyes and pushed the bikes to the top of the hill and put the first pedal down – in Martina’s case it was a bit of a wobbly one and she got a helping  push from Trent – and we were officially off and running. (Well cycling..!)

I had a basic route out of north west London, but there is no easy route  if, like us, you don’t want to go on the north circular! Edgeware, Barnet, Enfield all went by on horrendous pot-holed roads – boy is it bad! A lot of stopinf and starting, weather pretty poor, drizzle and a bit of rain, but it was good practice on the heaviest bikes we’ve been on – I reckon that we are carrying about 25-30kgs of gear and then there’s the weight of the bikes and us! Traffic was bad all the way especially when we finally got to go under the M11.  Met Jo again near Chingford, (who claimed she was officially stalking us!) to give us a dice game that we’d left behind. Had our first taste of Essex drivers (not the best) and had our sandwiches next to a busy road when it was proper raining – I take Martina to the nicest places! Passed Stapleford, Navestock, Kelvendon and Blackmore and then the final push into Chelmsford – busy road for the last few miles.

Skirted the centre of Chelmsford and made it to Galleywood and the Lee household – Mark, Lindsay, Nathan and Rosie (the boxer).  Mark is one of Martina’s work colleagues who had kindly said that he wouldn’t mind putting us up on the first night.  Really lovely welcome from them all  with tea and sympathy and Easter egg chocolate to make us instantly feel at home. Showered quickly and off to the Hoop pub  in Stock for probably the best steak and ale pie we have ever had and a beer or two. If there is food and beer at the end of each day I don’t foresee any issues! 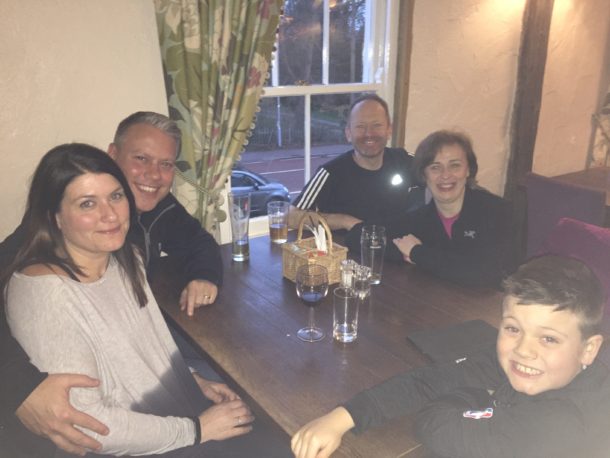 Back at about 9 and to be honest we were both pretty shattered at this point after about 35-40 miles and 6 hours in the saddle – it’s quite a bit slower than we are used to with all the extra weight we are carrying.  We stayed up until about 10, but then we crashed and it was time for bed – said goodbye and thank you to Mark who we would miss in the morning as he would be off to work early.