An easy peasy way into Melbourne – notes for cyclists 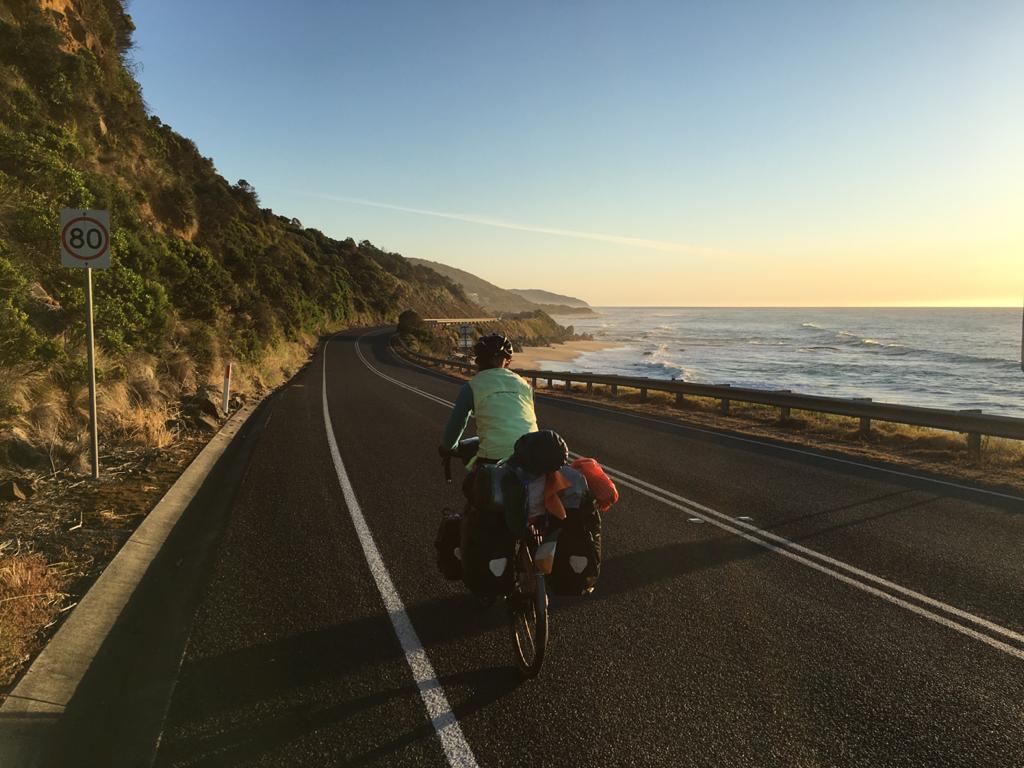 Whilst on a long-distance cycling world tour my wife and I completed a cross-Australia leg which took us from Perth to Melbourne between October and December 2019. These notes were made after we arrived Melbourne along what we think is a really nice route which avoided nearly all traffic. It was perhaps one of the easiest cycles of our tour into a major city (population 4 million), so we thought the route may be of interest to other cyclists…

There are plenty of places to buy food all along this route that include a mix of cafes, restaurants or grocery stores. There are also lots of campsites. I’ve noted the ones that we stayed in, but there were plenty of others.  Prices were an average of $35 for two people with a tent, but this goes up in the holiday season and also the closer you get to Melbourne. There are lots of opportunities to wild camp along this route, but we decided to opt for campsites.

The Great Ocean Road is best cycled early in the morning – there is very little traffic before about 10am and even after that most of the traffic is coming in the other direction. This traffic is mainly tourist-related and comes from Melbourne, which means that by mid-afternoon much of this traffic is heading back into Melbourne, so in our experience it’s best to be off the road by this time. The road surface itself is of good quality, but as there is no hard shoulder and  the little traffic that there was did get a bit close on a few occasions.

But when there is no traffic on the road, it is a truly magical experience.