Bangladesh – a wonderful revelation! And our round-up… 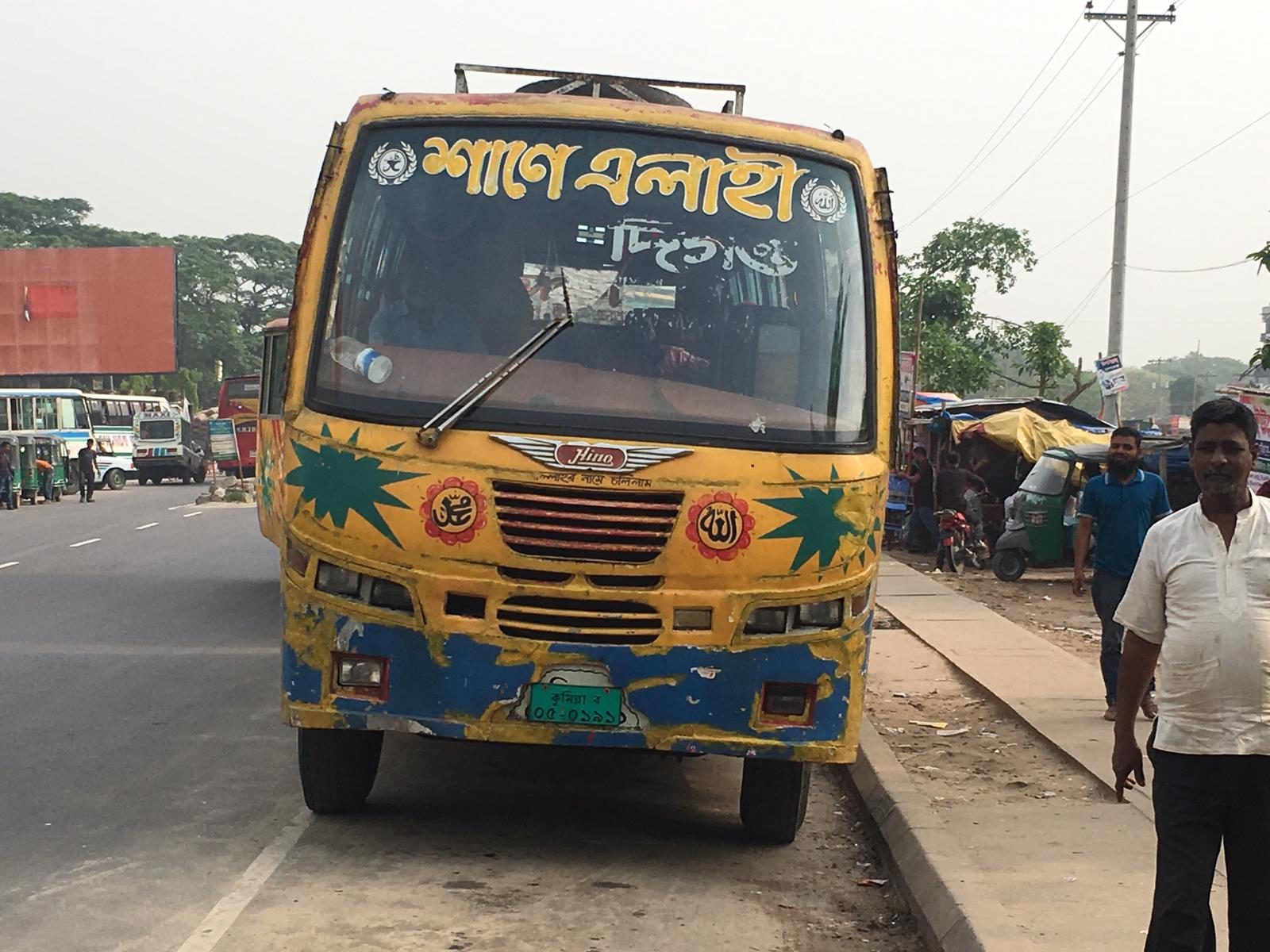 Of all the countries we have visited so far Bangladesh has by far been the most surprising. Though we had little evidence of what the county or its people would be like, our pre-visit impression was that it would be a means-to-an-end to get new Indian visas, a country we would “endure” rather than “enjoy” and that we would be glad to leave when the time came.  It turns out that our unfounded ideas of what it would be like were just that…absolutely unfounded! We’ve been surprised at how clean and modern most of the countryside, villages, towns and cities are. The landscape throughout the country has been pretty spectacular but the big thing for us has been how friendly and helpful the people are.  They have been amazing and definitely among the friendliest and most hospitable of our trip so far, and that has made our stay very special.

For cyclists there is an amazing network of active leisure and sports cycling clubs around the country and once this has been tapped into it makes any stay even better. In every town there is group of enthusiastic cyclists ready to look after a fellow cyclist. They get even more excited if you are a foreigner cycling in their country and nothing is too much trouble. Thank you Bangladesh, we’ve had a great time ….and we will definitely be back! And for anyone reading this who is looking for an unusual travel destination, we would definitely recommend it.  And there are even direct flights from London to Sylhet in the tea plantation region!

Here’s a few of our random observations…

1. During U.K. government elections politicians are often seen using ‘battle buses’ to tour the country whilst on their campaigns. This is, however, just a metaphor – the real battle buses actually exist on the roads of Bangladesh! Every day they do battle with everyone and everything – from other vehicles to animals – on what they see as THEIR roads, and woe betide anyone or anything that stands in their way. And they bear their scars…

…and war wounds proudly to prove their courage!

Zoom into the photo to look at the driver and note the evil grin on his face! All that is missing is horns…

2. If the buses and their erratic drivers are to be afraid of then you have feel for the poor passengers that sit on their roof tops. We have often seen groups of people clinging on for dear life amongst the bags on the luggage rack – though to be honest they appear to be enjoying it much of the time. All the while there is usually very loud, distorted music blaring out of large speakers right next to them.

3. The standard of the road surfaces literally goes from one end of the spectrum to the other. In some places the roads have been super smooth and in others more pothole than road – so for cyclists it’s a never-ending roller coaster!

4. There are no cycle lanes that we know of, though they are planning some in Dhaka. We can only guess whether the other traffic on the road will leave the cycle lanes to the cyclists – see buses above as an example.

5. If the Honda Hero was the workhorse of India, it’s the manual bicycle in Bangladesh.  There are much fewer motorbikes and scooters here so bicycles are used everywhere to transport people and products – often heavily-laden, making it a hard slog for the rider.

And the rickshaw is definitely the most used form of transport throughout the country.

6. Unlike in India nearly all the traffic goes the correct way up the streets and there are lots more footpaths for pedestrians.

7. Yes, we have been stared at a lot of the time, but people tend not to do it for as long as they did in India.  We haven’t found Bangladeshis to be as intrusive as the Indians and maybe because there are fewer smartphones here there is definitely less of an obsession with selfie-taking.

8. There are people everywhere…and villages and towns all seem to join together quite seamlessly. But saying that it never felt overcrowded to us – even in Dhaka. We had imagined it would feel like rush hour on the tube in all the cities, but it really hasn’t!

9. Poverty – there is definitely a lot of poverty throughout the county, although apparently it has reduced in recent years and Bangladesh is expected to eliminate extreme poverty by 2021, which will be the first country in South Asia to do so. We have experienced more begging here than anywhere else, which is difficult to ignore, especially when it’s children and old people.  And seeing young children working hard in the fields in hot sunshine or cycling heavy rickshaws was also particularly heart-breaking and images that will stay with us for a long time.

10. For a mainly Muslim country, not many people seemed to go to prayers which surprised us, despite the regular call to prayer.  And they seem fairly liberal as a nation – even with regards trans-gender people. We have seen quite a few very obvious men dressed as women, even in rural areas  – and apparently it’s quite common and generally accepted.

11. Apparently Bangladeshi women prefer lighter-skinned men, so a lot of middle and upper class men use skin lightening products and sunscreen to keep as pale as possible.

12. The social hierarchy caste system exists in Bangladesh as well as India, which we didn’t expect.

13. Food.  We had fantastic home-cooked food with every family that hosted us, but unfortunately eating out here was really disappointing.  Apart from breakfast, we struggled to find decent vegetarian food and the food was often served cold.  And it was surprisingly more expensive than in India.

14. Sewing and clothing.  Clothing manufacture is the fabric of Bangladesh (no pun intended!) so there are tailor shops as well as old-style Singer sewing machine shops and repairs everywhere.  And most of the sewing is done by men.  We haven’t seen any big sweatshops that you hear about, especially with regards to the exploitation of workers.  No doubt they exist, but we have been told that labour conditions and wages have improved in recent years, which is good news.

15. Power cuts.  Like in India there are regular power cuts, which can last anywhere from a few minutes to a few hours.  It’s usually not a problem for us although it does mean that air-conditioning units generally don’t run on generator so we have to rely on fans. And of we are in a cheap hotel with no generator, like tonight, then even the fan doesn’t work.

16. ‘Elf and Safety.  It doesn’t exist here the way it does at home, but one thing that did worry us slightly was how many hotels and residential buildings have metal grids on their windows and a metal shutters, which they lock at night.  Not the ideal scenario if there was ever a fire in the building…

17. There are hundreds of brick factories all over the country.  This is because there is no natural stone for construction use in Bangladesh so bricks either have to be manufactured or stone imported.

18. We learned early on that some men dye their hair and/or beards red, but had no idea why – now we know that it’s just for fashion!