Incredible India….a round-up of our experience 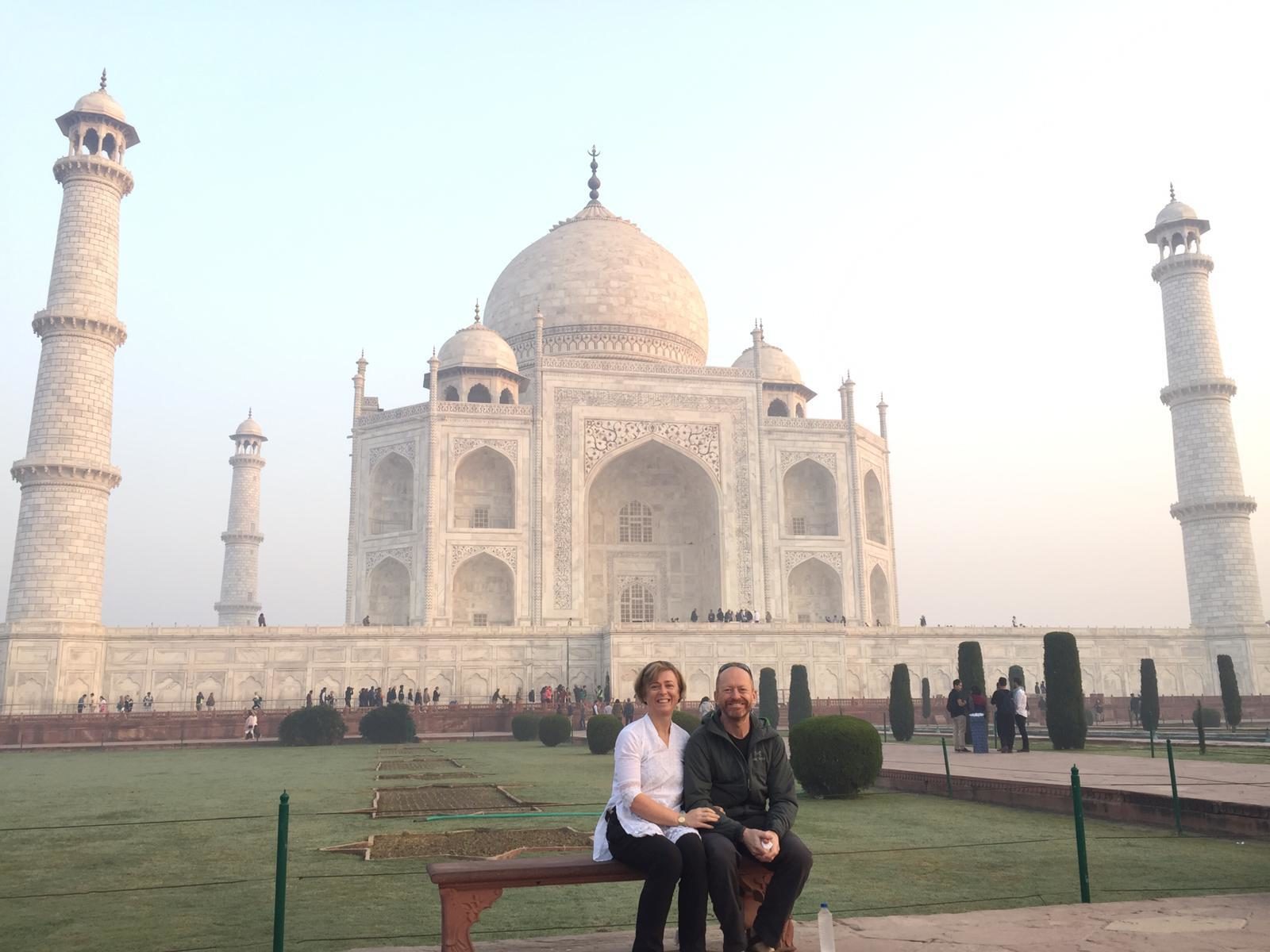 When we were planning this trip India was definitely where we thought our adventure would really begin – and we were right.  To a certain extent we feel that we have ‘survived’ India, both physically and mentally, and because of that we are quite proud of this milestone. In fact, although we haven’t covered half as many kilometres here as we did in Europe, we feel it’s almost more of an accomplishment than when we reached Istanbul!

And after the huge adventure we wanted to give a round-up of our observations and experience here.  It is definitely a country of contradictions and extremes in terms of luxury/squalor, generosity/greed, loving it/hating it, highs/lows and it certainly has been an experience that we won’t forget in a hurry.

In no particular order, things that we loved about the country include:

1. Visiting and staying overnight with tribal people in Derrakasa.

3. Visiting the Taj Mahal at sunrise.

4. Visiting the Hazur Sahib, Gurudwara, in Nanded, which we had never heard of until a few days beforehand.

6. Statue of Unity, Gujarat – Currently the tallest statue in the world, which is of Indian statesman and independence activist Sardis Patel.

7. The many many wonderful and welcoming people that took care of us all over the country and taught us so much about the true meaning of selfless hospitality. People that we will never forget.

8. Staying with the Vakharia family in Pune…a lovely piece of Buncrana and London normality in the middle of all the madness and chaos.

9. Indian women.  India is a country that definitely favours men, the vast majority of whom we didn’t particularly take to. However, the few interactions that we had with Indian women (in addition to the families we stayed with and in the tribal villages etc), for example in restaurants/dhabas/hotels or on the road, were absolutely lovely. Most of them have a great sense of humour and it’s a shame that they don’t have more of a presence in the country in general.  But hopefully this will change over time. And they are definitely the hard workers of the nation….from the farms and rural areas to every Indian kitchen.

10. Food. (Apart from sweets and cake….see below). Without a  doubt the best food of our trip so far and a daily highlight for us.  We didn’t have a bad meal in our whole time here, nor did we get bored with the vegetarian diet that we adopted in a measure to avoid Delhi-belly (which apart from one uncomfortable episode for Nigel has worked for us!).  And because it was so incredibly cheap for such good food, I fear that we will be very hard to please after this!!

11.  Kolkata/Calcutta – a surprisingly calm, orderly, clean and pretty city that we didn’t expect, based on previous big city experiences here and how populated we had heard it was.   A lovely place to experience on our last days in the country.

Things we didn’t like …again in no particular order…

1. Bus and truck drivers.  In a word – horrendous.  They were so aggressive and had so little regard for anyone on the road except themselves.  They think that by sounding their very loud horns that it exonerates them from obeying rules of the road, which is truly frightening and infuriating in equal measures.

However in a country that doesn’t have very many footpaths we still think that it’s easier being a cyclist than a pedestrian – and that’s not only in the big cities!

2. Selfies. The obsession with and intrusiveness of selfies and how people of all ages think it’s OK to just take a photo or video without asking.  Or asking us and genuinely looking confused or pissed off when we politely refused!

3. Indian males (Apart from those we stayed with!).  We didn’t dislike them but found them so culturally different to us that we really didn’t understand their mentally and found them quite difficult to cope with. What they find funny seems rude to us – such as laughing/sniggering and pointing at us when interacting with them in hotels, restaurants, shops etc. This overt rudeness and general lack of regard for people other than themselves has also been difficult for us to understand and relate to and not something I think we could ever get used to. Trying not to be negatively judgemental but at times our interactions have been thoroughly unpleasant and we are desperately hoping for a positive experience in Bangladesh.

4. Disgusting personal habits.  The personal habits of clearing their throats and spitting everywhere (including when we are in mid-conversation or in hotel swimming pools!), chewing tobacco and pan and then spitting that foul brown and red liquid out anywhere and everywhere, was pretty revolting.  And it’s not just men who are guilty of this – women are too!

5. The noise. INDIA IS SUCH A LOUD COUNTRY…. normal conversations often takes place at shouting level which on many occasions we thought were arguments, traffic horns are constant and at ear-splitting level, music blaring from temples, boom boxes on tractors, TVs in hotels and restaurants at full volume etc etc.  Everything is so much louder than we are used to and maybe we are just two middle-aged fuddy duddies, but it does take it’s toll after a while, especially when we are tired. (note in the picture below, Leyland is not dead!).

But maybe it’s a chicken and egg thing…they are so used to the noise that they are actually half deaf, which means that everything has to be slightly louder so they can hear it at what we would consider normal levels….?!

6. Getting ripped off. The constant undercurrent of getting ripped off because we are (assumed rich) white westerners is both exhausting and irritating. We’ve had to feel on our guard all the time because many things aren’t clearly priced and relies on the integrity of the person we are dealing with.  And that has worn us down on many occasions, more on principle rather than the actual prices charged. But it showed us just how dishonest many people are.

7. Rubbish. We’d expected India to be dirty, but not on this scale – there is rubbish literally everywhere.  We can’t remember a time since we’ve been here where we haven’t been surrounded by it. There doesn’t appear to be municipal rubbish collection or any form of recycling (‘crush bottle after use’ instruction on label)…

…so people just dump stuff wherever they want or burn it. It does beg the question though as to whether burying rubbish in a big hole as we do back home and in other developed nations is any better..??

….a desert called Gulab Jamun and Cadbury’s chocolate (that tastes almost as good as it does at home!), we didn’t enjoy anything else.  Their cakes are so dry that even with a sip of tea they suck all the moisture out of your mouth. Maybe if they used some of the oil from their curries in their cakes instead, they might be more palatable….well to us at least!

India is so different to anywhere we have ever visited and we would say that, while it is an experience, it’s definitely not for everyone.  Would we come back? We return in a few weeks time anyway after our Bangladesh journey so that we can travel to Myanmar, but that aside, we’re not sure.  There are parts of India that we would still like to discover such as the foothills of the Himalayas, Kerala and southern India, but we think that we need to let things settle for a while to see how we feel in a few months/years about our whole experience.  At the moment I think we both just feel fatigued by it all. And if we did come back it would probably not be on bikes.  But who knows….never say never!