Delayed in Belgrade & our Serbian observations 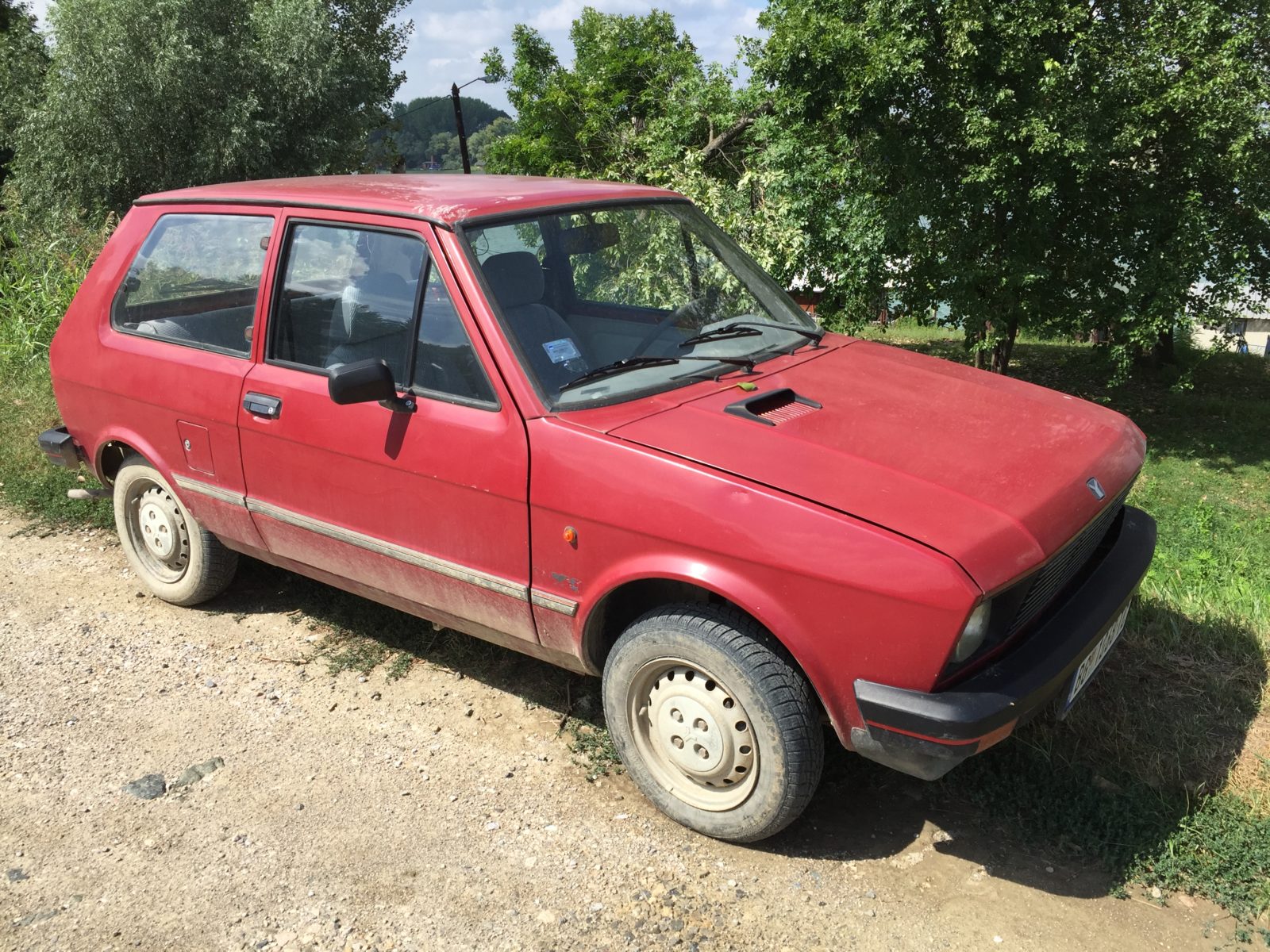 We decided to hang around in Belgrade for longer than planned as some family news meant that we wanted to be near an international airport in case we had to fly back to the U.K. The delay allowed us to explore Belgrade more, taking time for some proper R n R and also for us to plan Romania, Bulgaria, Turkey and India in bit more depth. This is actually something we should do anyway, but never really get the chance to until now.

We took “naked” bikes out on Sunday along the banks of the Danube and re-traced our steps back to the outskirts of Belgrade, to the Zemun area. Although we came through here on our way into the city, we had no idea about it, until we found out on our walking tour that it was the last of the Austro/Hungarian Habsburg influence in the city. It retains cobbled, winding streets and the architecture of the era and is very pretty. We made our way to the Kula Gardos tower which has great views and has a perfectly placed cafe to take it in, so we did! 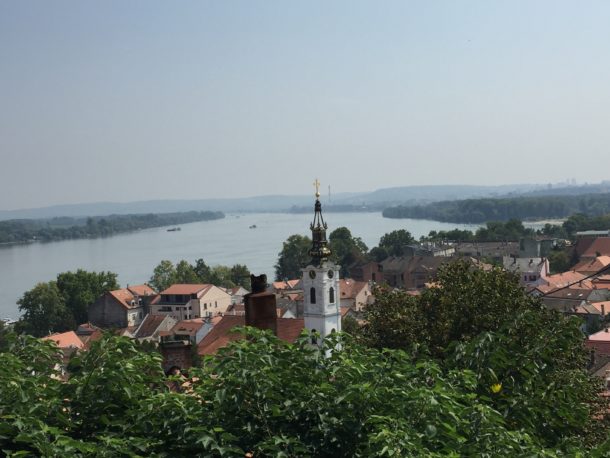 It was lunchtime by the time we left and we had originally thought we’d go to river level and eat at one of the many restaurants there. But our way down one of the cobbled streets we noticed a restaurant with a great terrace overlooking the river – we think that this is where we left Christof and Joseph our French cyclists a week-or-so ago. 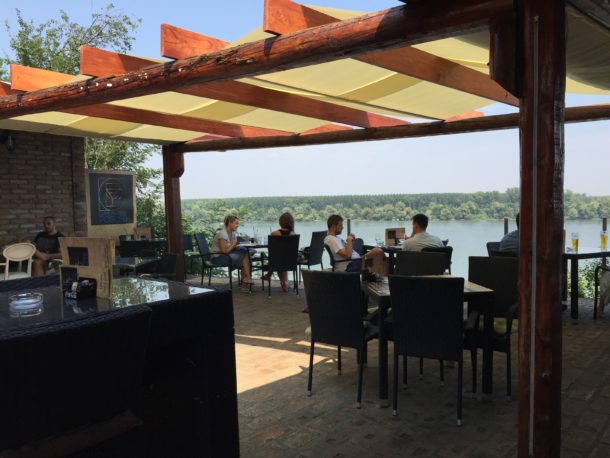 We got a great spot with a view of the river and the food was excellent, so a very enjoyable, healthy, lunch/afternoon. 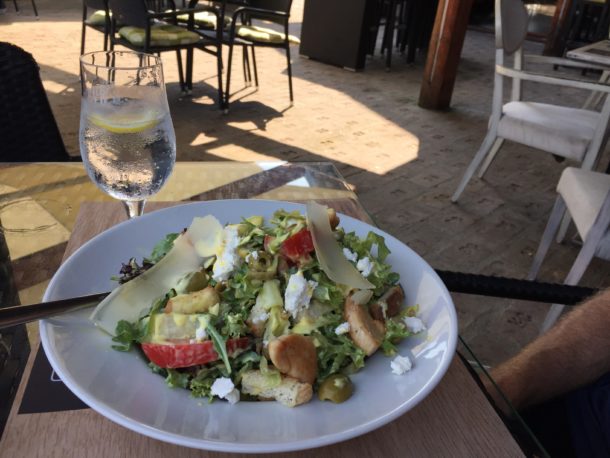 On our way to Zemun we’d been diverted around one of the parks for reasons unknown, but on the way back all became apparent; a stock car race was in progress in the middle of the city! Not something you see every day of the week and the health and safety elves in Serbia obviously hadn’t been involved in the planning as there wasn’t much space between the cars and spectators. We hung around for just enough time to see a crash, which why anyone goes to these things anyway! (Driver escaped completely unharmed!).

Since then we have cycled along the Sava river to Umak and back, got to know the bus network in the city and have generally walked the length and breadth of the old city …more than once!

When we resume our travels we will be heading for Romania, so this seem as good a time as any to share our Serbian observations…

1. The roads have ranged from okay to really bad – mainly the latter. The drivers are very pushy and will squeeze between us and oncoming traffic on a regular basis. It’s as if we’re not there – even if we are in bright yellow high vis jackets!

2. There is rubbish everywhere, much worse than anything we’ve seen so far. All along the roads and verges are covered in litter.

3. Many of the cars and trucks have the blue portion on their number plates where the EU stars are normally shown – but obviously there are no stars yet. Perhaps this is in anticipation of joining the EU sometime in the future….

4. This is our first real experience of dogs along the roads. They don’t look like packs of feral dogs, just pet dogs that are left to go where they want and they do chase us. But we do expect to see packs of feral dogs as we head east as it’s aparently a problem especially in Romania, so this has been a bit of a tester.

5. We’ve seen more ‘proper’ cyclists than we have for a long time – people out on good road bikes who look like they are in training. Along the banks of the Danube there are the usual long-distance tourers, but on Sunday there were loads of families also out and about on their bikes, which was good to see …if a bit difficult to navigate around!

6. The Yugo car is alive and well! You have to be at least 40 to remember the Yugo, as they were mainly around during the 80s. Oh, how we ridiculed them in the same way we did Skodas, Ladas and Trabants. The Yugos we have seen are mainly the ones which could be compared to a Mini Metro, another rubbish car of the era. However, how many Metros do you still see on the streets? Thankfully not many! There are however loads of Yugos on the road here, so in my view, although they are a rubbish car they have stood the test of time much better than the Metro, and many other such British ‘greats’! As an aside there  were plenty of Trabants in Hungary too. 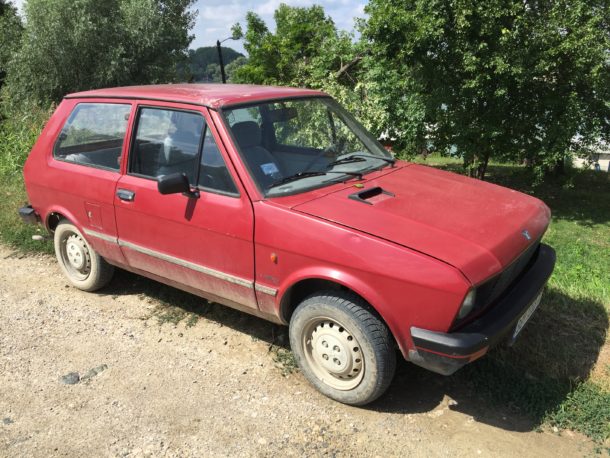 7. The cake and bread situation in Serbia is very good and we have enjoyed sampling them – they can however, be a little greasy. Overall, the food in Serbia has been very good and at times, even healthy!

8. Novak Djokovic is, in fact, a God in Serbia – everyone loves him!

9. The Serbs are very friendly people. Just about everyone says hello and/or waves, even before we do! There have been plenty of toots on horns too and people waving wildly from cars, moreso than anywhere else we’ve been so far. There was a very nice incident with a little old lady in the street who was practically jumping up and down as she waved her walking stick (in a friendly way I hasten to add!) at us go by in Zemun.