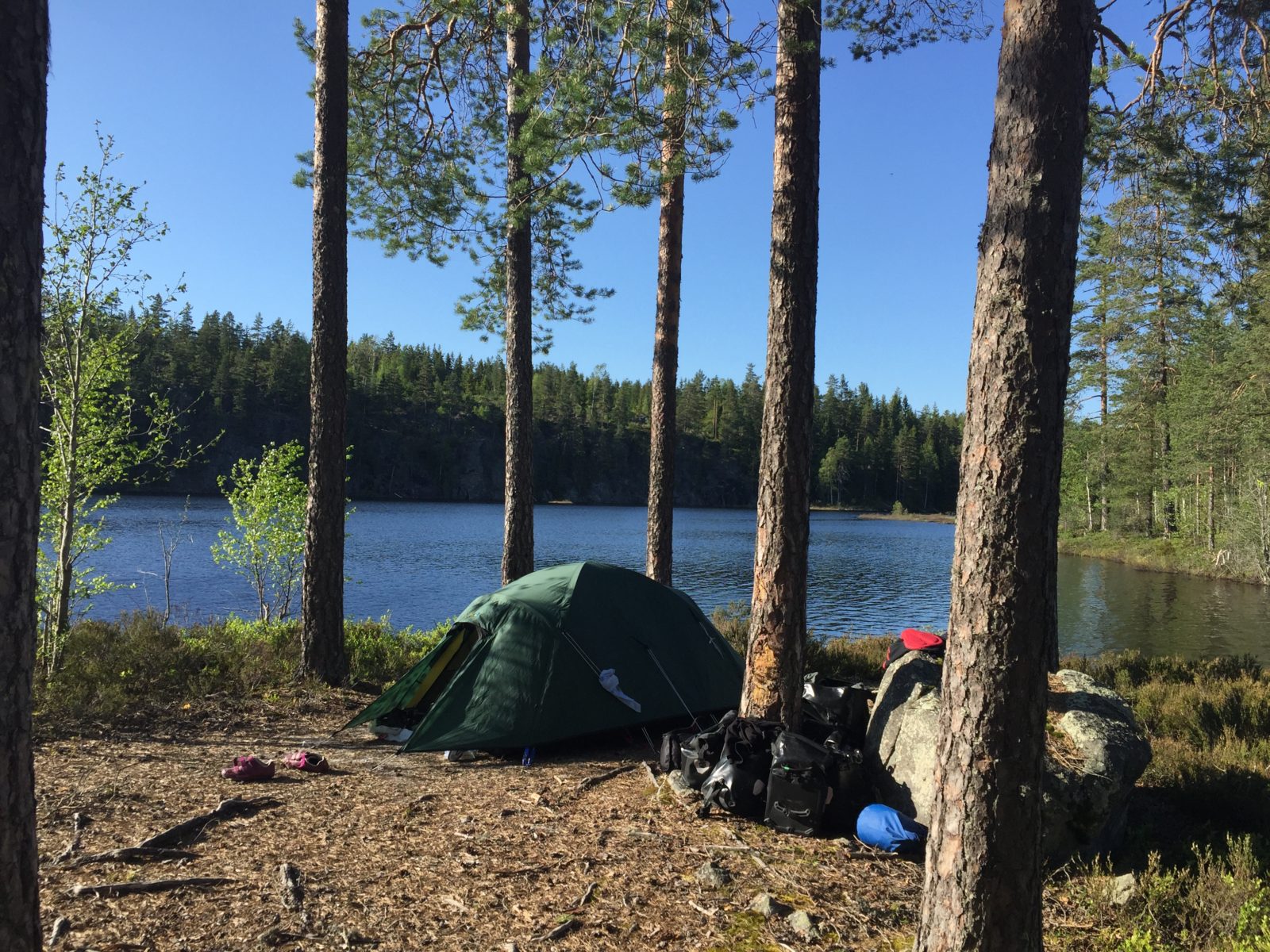 We left a very quiet Oslo on Friday morning as everyone was probably sleeping off their hangovers and headed south out of the city. Had an easy enough exit from the city and were soon on our way…along a fairly busy E18 road, but thankfully on a cycle path for a lot of it. The day was pretty uneventful in terms of the wow scenery that we have been spoiled with but the weather was fantastic so it was a nice day. Got as far as a campsite on the outskirts of Orje, which was as far as we could come before crossing not Sweden, to find that it was a private campsite…but they did allow non members in, if approved by the head honcho.  but we had another obstacle to get around first….. we had spent the last of our cash in Oslo and thought we would be OK to pay with card wherever we ended up….not this time.  But Vidar let us pay with a mixture of Euros and whatever change we had left in Crowns so we were saved….and after 93km and a day of hot sun we had access to showers – real stroke of luck! And it was a fantastic campsite… yet again at the side of a lake.

Sunrise is getting earlier in these parts, so we were up at 6.30 and on our way early for our crossing into Sweden, which was only a few miles down the road. We had expected the road to be busy as it was the E18 and the only crossing into Sweden from here,  BUT what we didn’t expect was that it was a motorway crossing with cyclists prohibited,  so when we were within sight of the border we came to a dead end…no way in no matter what road we looked at.  So frustrating as we could literally see the queue of cars crossing the border, but nothing left for us other than to turn back to the village of Orje where we had seen a bike path for a more northern crossing at Magnor….a mere 100km away…and take that route.  So that’s what we did!  Surprisingly we weren’t too peeved off…but lesson definitely learned in making sure we research land border crossings better in future! A fairly boring cycle for the rest of the day with some hills to make sure we weren’t taking it too easy…there was no way we would make it to Magnor today and as camp sites were not plentiful in the area, we decided around 4.30 to start looking for suitable rough camping sites…it was going to be a night of DIY camping.    Nigel wins the prize for finding the location, and we were set up, had washed in the lake and were fed and watered by 8pm. And it really wasn’t that bad.  The good weather is obviously making me feel braver! Plus we had our own open air viewing of an episode of Peaky Blinders into the bargain! 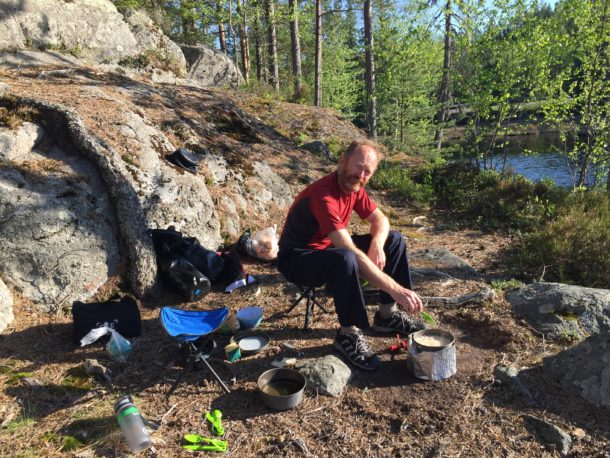 Had a great nights sleep and on our way early again – this time definitely for Sweden – and by 11am had crossed the border.  As with every other country we have cycled into, there were no passport controls …but because we are back in the EU there was a customs stop a bit further up the road, which didn’t affect us. 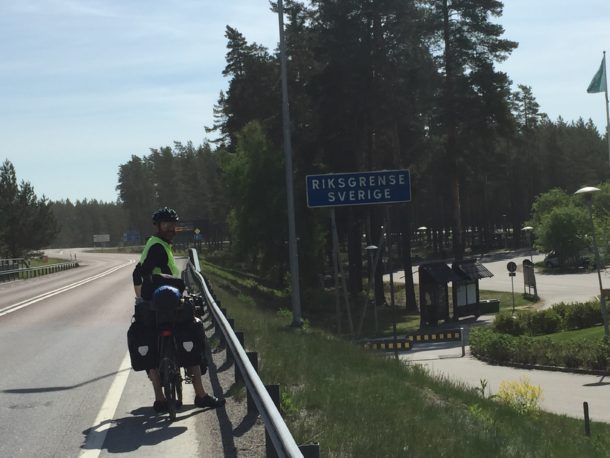 First stop was an open supermarket for a cake! And yes, while we loved so much about Norway, an open supermarket on a Sunday with relatively normal prices (ie 50p for a cucumber as opposed to £1.90 in Norway!) and tasty cakes, Sweden had already impressed us.  But it ended there I’m sad to say.  The road we cycled was a long, boring main road that was quite busy with trucks and fast cars despite it being a Sunday.  The road surfaces have gone down hill markedly since Norway too, with monster pot holes and multiple patches etc all over the place. We had psyched ourselves up to wild camp again, so we came off this main road to look for a spot when we had 100km done.  We found what looked to be a potentially nice spot in Brunskog, and although you can apparently camp anywhere in Sweden that isn’t private property, it was near a restaurant (not yet open for the season) and we weren’t too sure.  So we asked a few random people that were in the area who couldn’t shed any light on whether we could or couldn’t. But one couple told us about a hostel just 1km up the road.  So here we are…in a posh hostel that we have more our less all to ourselves.  Apart from the cycling so far, Sweden looks promising!