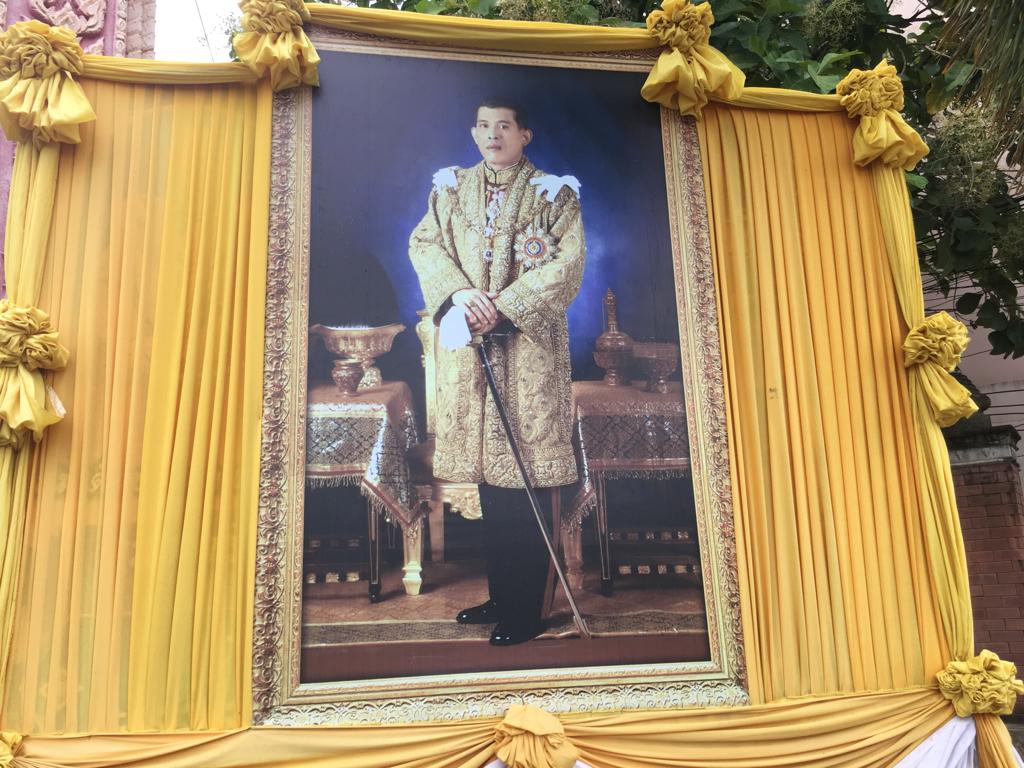 We didn’t think we would have much in the way of a round-up for southern Thailand as we assumed it would be similar to our experience in the north. And as Nigel said in his last post we didn’t have high expectations for the region either, thinking it would be over-commercialised to cater for mass tourism. But we were wrong in both cases. We can’t speak for the west coast, but the east coast route that we took was the complete opposite to that…beautiful unspoiled scenery, super friendly people, great food and just a great experience from start to finish.  Even Bangkok exceeded our expectations in a positive way – and we definitely plan to come back again in the future.  As always we have some observations from our time here:

1. They have great roads and considerate drivers who don’t drive to fast.  Ideal for cyclists with the added benefits of lots of good coffee shop stops along all the main roads!

2. Coffee shops serve green tea for free when you order a coffee, which as a green tea drinker means we get two drinks for the price of one!  This was the same in northern Thailand but we initially forgot about it when we came south.

3. The Thais have great coffee (according to Nigel!), but where do they get it from?  We have no idea because despite it being easily available in the many coffee shops around the country it’s difficult to get proper ground coffee in supermarkets. There’s shelves of instant coffee though.

4. Thailand is easy for western travellers.  The level of English in the south is very good so it makes booking accommodation and ordering food so much easier than anywhere else.  Many food menus are also in English, even in small villages, which we think might be to cater for Malaysian tourists more than westeners. And the quality of accommodation has generally been excellent – western standards at Asian prices.

5. Thailand is much more rules-based than any of the other SE Asian countries we have visited.  Drivers appear to abide by rules of the road MOST of the time and life seems to follow a more orderly fashion here than it did in Vietnam for example.

6. The Thais like their personal grooming.  Every small town and village has at least a beauty parlour, nail parlour, hairdressers or barber shop …and they are very rarely empty.

7. Of all the SE Asian countries we have visited the Thais are the most overweight – with lots of very large people.  Although most SE Asian countries have lots of energy drinks and fizzy, sugary drinks widely available Thailand has by far the most junk food, fast food and iced coffee drinks we have seen. It’s at least on a scale with western society – and the people obviously have the disposable income to buy them.  It’s also the first country we have seen adverts for slimming.  Outdoor  gyms are quite common as well…..

..so it would indicate that they are aware that there is a weight problem.

8. Leisure cycling is more common here than all the other SE Asian countries.  At weekends especially we have seen lots of cyclists on very expensive bikes wearing all the expensive gear on the roads.

9.  The weekend of Saturday and Sunday has been very obvious here with many shops and businesses closed on one or both days – and the roads are definitely quieter.

10. Similar to Cambodia we didn’t see many smokers in Thailand.

11. Food in the south is much less spicy than in the north.  In fact we added extra spice a few times, which we definitely could not do when we were up north.

12. The Thais are a patriotic lot….flags everywhere and lots of pictures of and shrines to the King. He never looks very happy though!

13. Chasing dogs made a huge comeback here….even as pedestrians we were chased a few times.  We obviously have a different smell to the locals…and that’s even after we’ve had a shower!!

13. Thai massages….unlike the massage culture in the western world  where it’s considered a luxurious experience, here it’s very functional and the Thais have them on a regular basis.  They are generally done in a room with multiple customers with the masseuses chatting among themselves as they pummel their clients to death! It is very cheap and affordable to all.

14. Southern Thailand was the most tropical place of our trip so far with lots more weird and unusual sights and sounds going on around us, including this beauty….

15.  The Thais are not early risers.  We did see some of them out and about around 6am but not on any way close to the hive of activity that was common at that time of the morning in Vietnam.

16. Our favourite Thai word? Falang, which means foreigner.  It has a nice ring to it!

And a couple of interesting things we learned from our conversations with locals:

1. Regardless of how long a ‘Falang’ has lived here they still need to get a visa renewed every 90 days.  This is a bit of an admin chore including getting an official signature from a local mayor or other official.

2.  During local and national elections the candidates pay for votes….literally visiting every house in a village or area to canvas their vote and paying hard cash as an incentive to every household that agrees to vote for them. This is obviously very expensive especially if running for a position in a city.

3.  Thais generally have 2 names…their official name used at school or on official documents and a nickname, which is used in everyday life.  The best one we heard was a guy called “Extra” and we have no idea why he was given that name.  Maybe he was the youngest in his family and was an extra??!