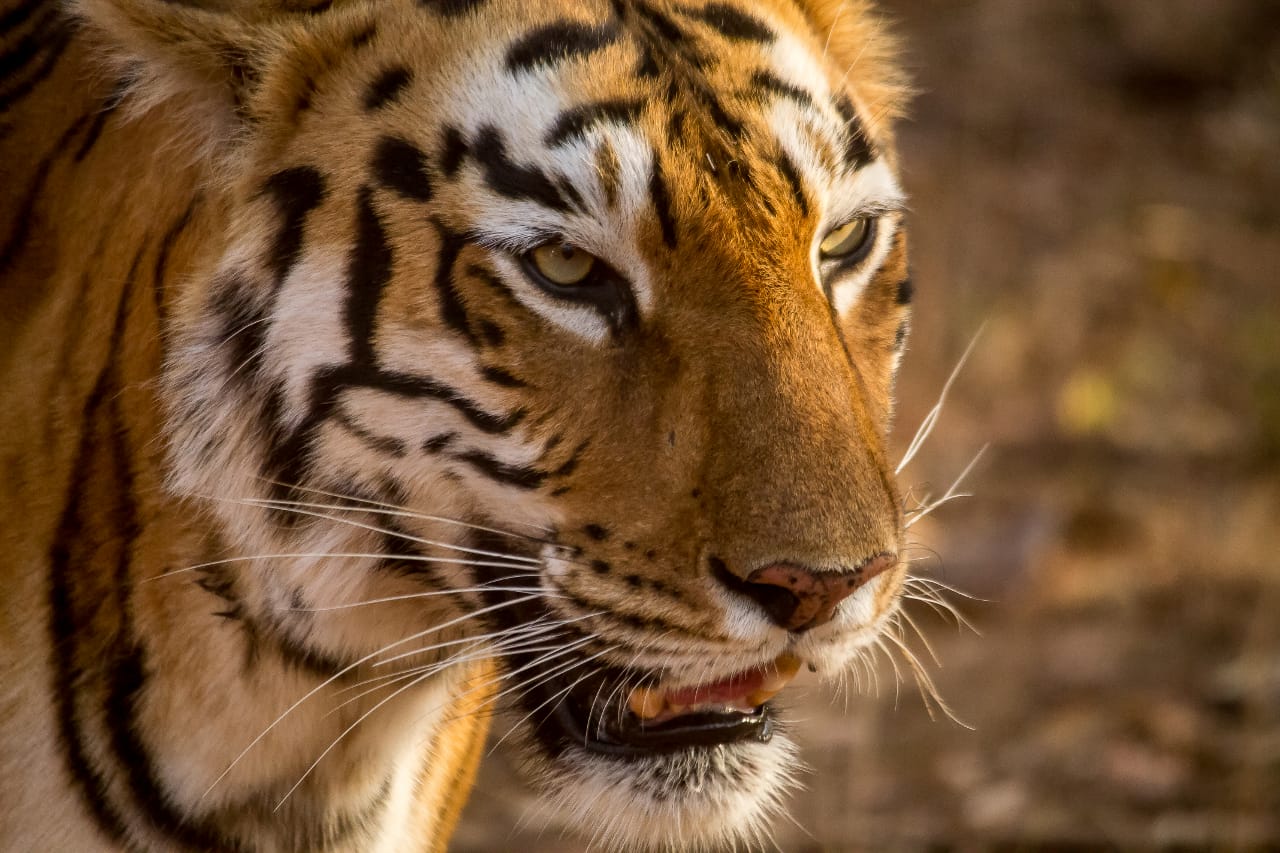 A quick note on the present political situation between India and Pakistan.  The current tension is a long way away from where we currently and we are heading in the opposite direction, so we don’t feel worried or unsafe in anyway.  But we are keeping up to date with it all, and should things change we know where our nearest consulates are and will make our way there.  But for the moment everything is fine for us.

So we left Nirmal very early on Friday morning, guided out of town by Bharat and Joyson on a motorbike, until their petrol ran out!  We are genuinely sad to leave them all as we really had a great time – and genuinely hope we will stay friends for a very long time! (Bharat (R) and Sunil in the photo).

We had a big hill to climb to get us out of town, which actually wasn’t that bad as we still had cool morning temperatures, and from there on it was pretty uneventful cycling – a nice smooth road that wasn’t too busy.

Away from the cocoon of the brilliant hospitality we have encountered recently we got completely ripped off  about 30km into our day by a chai-stall owner, which took us back to earth with a bit of a bump!

We got to Adilabad at midday and on checking into the hotel another guest who was staying there was SO excited by our story that as well as a selfie he wanted our autographs…that’s a first!

Not the most exciting town that we have been to, but as we’d had an intense few days it was the perfect excuse to just we just chill out and relax in our room, only leaving to have a quick scout of the town and our evening meal.

Temperatures have risen by another few degrees in the last couple of days so we left at 6.45 this morning, as soon as it got light. We had a few kilometres to cover and with temperatures of 38 degrees expected in the afternoon, we wanted to have the hard work of the day done by then.  Just after leaving town we saw a sign for Chandrapur that said 150km…which completely freaked me out as I was feeling quite tired.  But I needn’t have feared…Nigel had an alternative cross-country route in mind and once we figured out that the road wasn’t too horrendous we decided to go for it – cutting out a whole 50km.  The road was OK for most of it apart from about 15km of bad potholes and rough road, but it was definitely the best route we could have chosen. It was very rural and we didn’t attract much attention on our journey as there just wasn’t so many people around – even for a Saturday – which was an added bonus!

Arrived in Chandrapur around 2pm, passing through the fort gate to get into the city centre…

As we hadn’t stopped for lunch when we usually apply a second coat of sunscreen, we were both quite sunburnt – ouch! So another lesson re-learned …While it’s good to push on through to avoid the heat of the afternoon, we need to reapply sun cream at least once to avoid sunburn!

Chandrapur is a relatively small town by Indian standards (300,000 people) but had a very modern feel to it; maybe because the town has a one-system for traffic that the drivers actually adhere to – as well as stopping at traffic lights! We decided we would have a couple beers after dinner as we have a short cycling day tomorrow….to discover that this district of the Maharashtra state is dry, so all alcohol is banned!  So, our beers were not to be and it was quiet night in a very hot and sweaty hotel room!

Interesting factoid on Indian drivers and Indian mentality, which is my favourite so far…to try to reduce the number of cars on the roads in Indian cities the authorities tried to introduce a system similar to one they have in Germany: cars with even numbered registration plates are allowed to drive into certain cities one day and then odd numbers the next day…it hasn’t worked because many of the Indian car owners just bought second cars so they could drive every day….have to love their “just do it” attitude!

Neither of us slept particularly well because our room was like a sauna, so we were glad to get going after breakfast…slightly later than normal as we only had 33km to do and didn’t want to arrive too early.  We had an interesting cycle out of Chandrapur as there was a big market going on on both sides of the road…but not a vegetarian-friendly sight with goats and chickens being butchered in full view of their unsuspecting live “colleagues”.

And in the middle of it all, this crowd of ladies were washing clothes…

About 20km in we entered Tadoba National Park, where we were lucky enough to be able to cycle through the park itself on an empty road.

Tadoba is home to around 100 Bengal tigers and 60+ cubs.  Cycling through we saw a few worrying signs that said “do not leave your vehicle” and “wildlife crossing”…and we found out at our resort that tigers do actually roam in this zone, but we arrived in one piece at our luxurious accommodation. This 2-day safari is our big blow-out to celebrate us being on the road for almost a year as well as my birthday, which isn’t that far away.  And on arrival at the resort we weren’t disappointed…a very swanky air-conditioned tent awaited us as well as endless food and snacks – and it’s the first time since we left Pune on Jan 20th that we have had a stand-up shower with hot water!

Today was our relaxing day, so we did just that and took a nature walk with one of the rangers for a bit of birdwatching.  And for anyone like me who has scoffed at “twitchers” it’s because you haven’t done it….I am definitely a convert as I absolutely loved it – especially with someone knowledgeable to point out what to look for!! It turns out that our guide Deepak used to be a professional cricket player in Mumbai and played for Lurgan Cricket Club in Northern Ireland for 3 months every year for 6 years! Seriously …who knew that there was a cricket league in Lurgan in the late 80s and early 90s??!

Over the next two days we had a total of 4 safaris, which were absolutely amazing.  Although we saw leopards at Christmas, Tadoba had so much more wildlife and plants to offer – and we saw loads… birds of prey from 10 metres away…

…deer, wild dogs, peacocks and peahens (new to me that a female peacock is called a peahen….but it does make sense I guess!) monkeys, mongooses (which is like a big ferret that I had never even heard of before …and I had to check the plural was mongooses – not mongeese!) and loads of other wildlife that is just too much to mention, we also saw these ghost trees – so called because they appear to glow in the moonlight.

And 5 tigers….! The wildlife highlight of our entire tour definitely in the afternoon of our first day…Maya the tigress of this jungle boldly walked alongside our safari jeep – literally 2 metres away from me, and just to show us how unfazed she was, she squatted down and pooped right beside us! Our jeep was the first in line so we had a fantastic view of her coming. I think I actually stopped breathing with a mixture of fear and sheer excitement as she passed us – so close that I could have touched her!

The close-up shot of her face is actual size (no zoom) and how we really saw her with the naked eye.  It really was something special that neither of us will forget in a hurry! What was also brilliant to experience was how excited Deepak and the other guides and drivers got when Maya made her appearance.  It’s so obvious that they do their jobs because of their love of nature and the tigers and it was great to be part of that genuine excitement!

As mobile phones are completely banned in the park and we don’t have a camera, the credit for these photos got to Deepak who as well as having a great camera has a talent for wildlife photography. It also meant we could just sit back and take it all in without looking at it all through a lens/screen trying to get the perfect shot.  Thank you Deepak!

So when it comes to tigers, Deepak told us that in order fend off an attack, you should look a tiger in the eye so that he/she knows you mean no harm (I wasn’t brave enough for that!).  And there are 3 signs to let you know that an attack is possible and they will happen in this order:

If you don’t back down at that point then you have about 10 seconds before a full attack!  Useful to know for future reference, just in case …

With 4x4hour-long safaris over 2 days I can’t say that time at Tadoba was particularly relaxing, but it was definitely the experience of a lifetime. The resort was fantastic – as was the management.  They did our laundry completely free of charge as well as provided binoculars on loan as their contribution to help us on our journey – yet again more amazing Indian hospitality! Deepak with us shown in the photo…

So from here we head East towards Bangladesh, which we hope to make in about 3 weeks.  Going East across central India is definitely the road-less-travelled, by Indians as well as foreigners, so although it is really functional cycling, like everything else in India, I’m sure it won’t be boring! Watch this space…