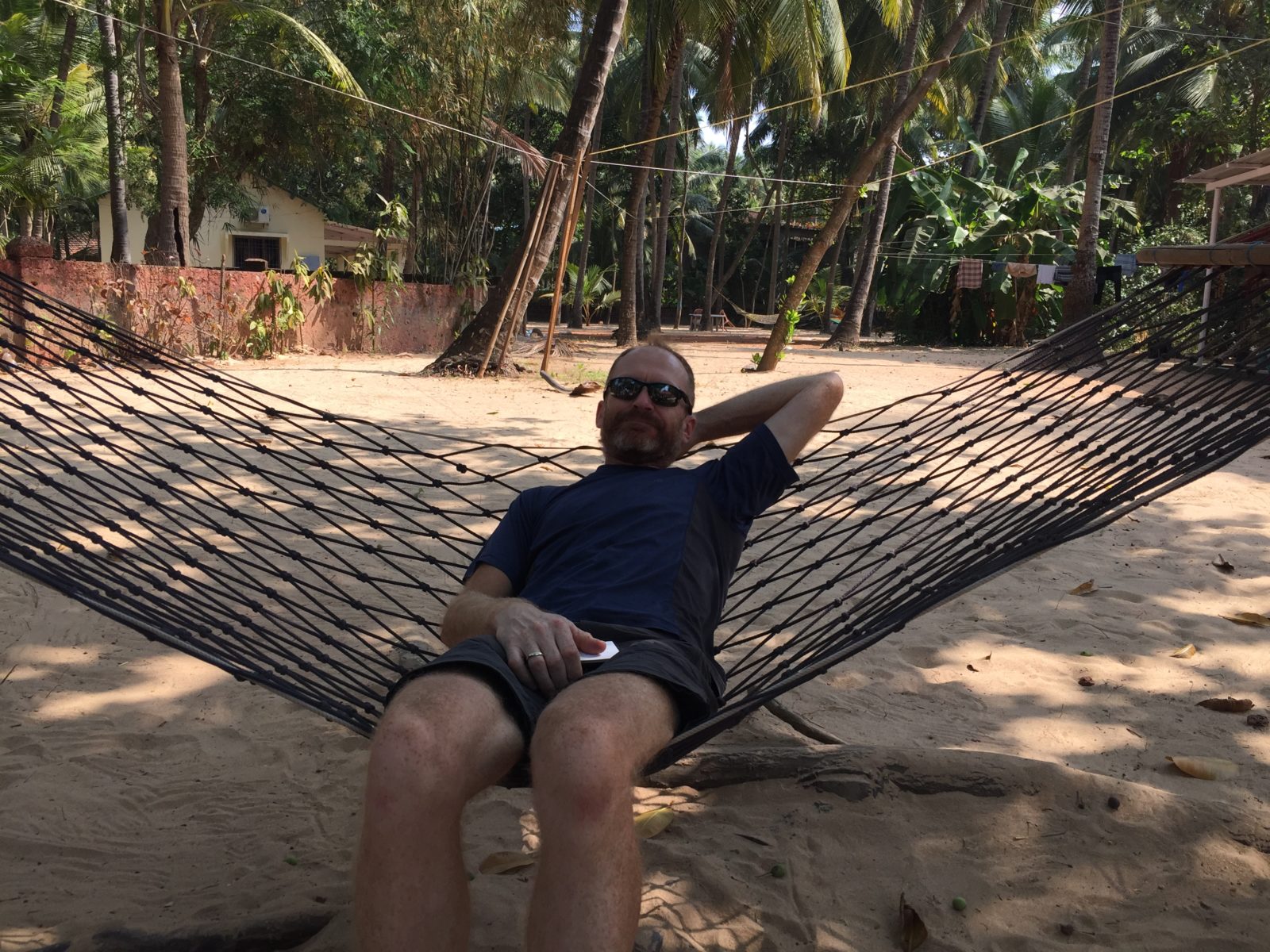 Being in the absolute middle of nowhere last night it was deathly quiet so we both slept really well, and after our usual Indian breakfast of Poha and chai we set off on for what we had planned would be a shorter day.

Poha is beaten rice (how you “beat” rice I don’t know!) but it’s fried with onions, curry leaves and peanuts and generally sprinkled with fresh coconut. Very tasty but quite light so we generally eat a bowl and a half each if offered! 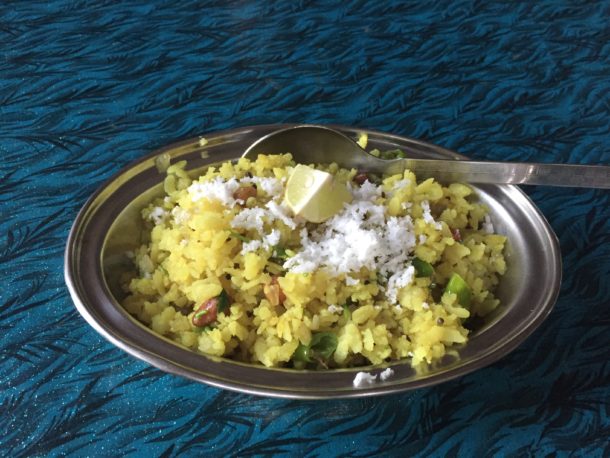 In terms of cycling, today was pretty much the same as the last few days – lovely lush scenery along roads with short bursts of up that left us puffing and panting, but followed by nice flat bits.  For most of the day we were inland, but that changed about 8km from our final destination of Kunkeshwar and we had a fantastic coastal ride for the last part of the day. 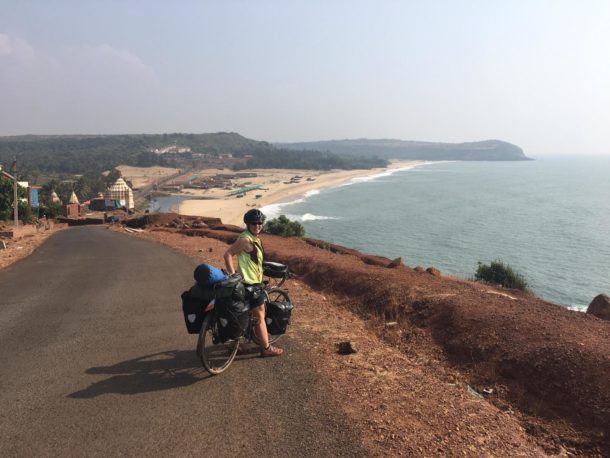 We had called ahead and booked a homestay accommodation, which was 1km outside the town and involved a monster climb, which completely finished me off! We have done 9 consecutive days of cycling on some challenging terrain and I was completely bushed, so without even bothering to shower we had an afternoon nap and I slept solid for 1.5 hours. Bliss!

Other than dinner just outside their kitchen.. 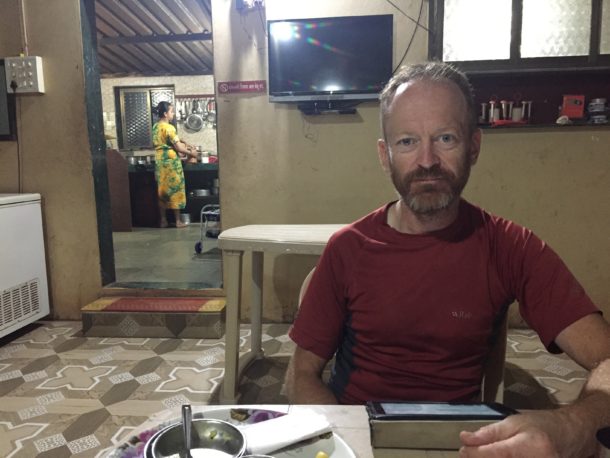 ..we didn’t do much and it was another early night – with a bit of drama before we eventually went to sleep.  As we were about to drop off we heard someone lock a door nearby.  We didn’t think anything of it until we heard the bolt on the outside of our door close as well.  Realising we were locked in, we both started banging and knocking for someone to open the door.  Thankfully the chap who locked our door obviously realised  what he had done and came back and opened it….maybe it’s just a daily ritual before he goes to bed, but we didn’t fancy being locked into a room overnight with no way out in case of a fire!

Another early start and as I was feeling particularly knackered we decided that Malvan would be our stop for the next few days – and we would find some seaside accommodation.  We can always tell when we need a break as we start getting a little bit narky with each other and today was no different! And as well as some unforgiving hill climbs we also faced a strong headwind on the flat bits of road, so I was relieved to get to destination at lunchtime, passing this scary monster along the way. 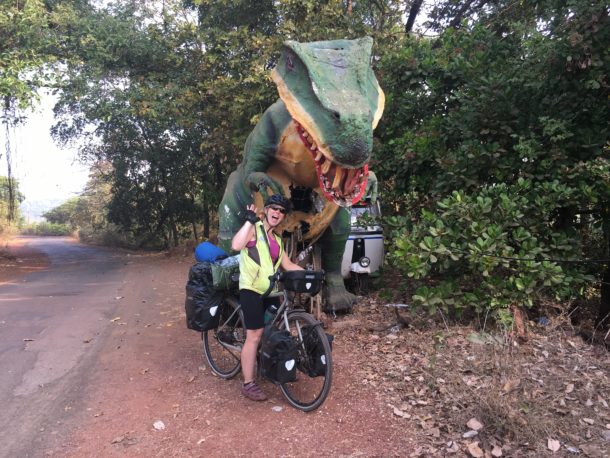 Today and over the past few days we passed through some rural villages like this, which look idyllic with their lovely coconut trees but still seem quite poor and we wonder what the locals do in terms of work and making money. 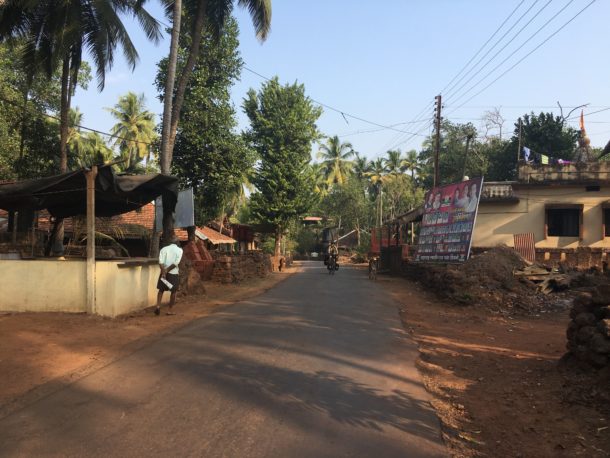 Although we are now fairly used to being stopped by people asking “which country?”, today broke a new record.  Nigel was having a pee behind a tree when a scooter pulled up and the driver shouted to him “which country please?” Jeez – we have to readjust our expectations another notch to realise that nothing is sacred when we are on these roads.  I am just glad that I had done my business first!!

Photo of the day…We found this bus name particularly amusing and appropriate considering the names we call most bus drivers in the country as the come hurtling towards us on the wrong side of the road! 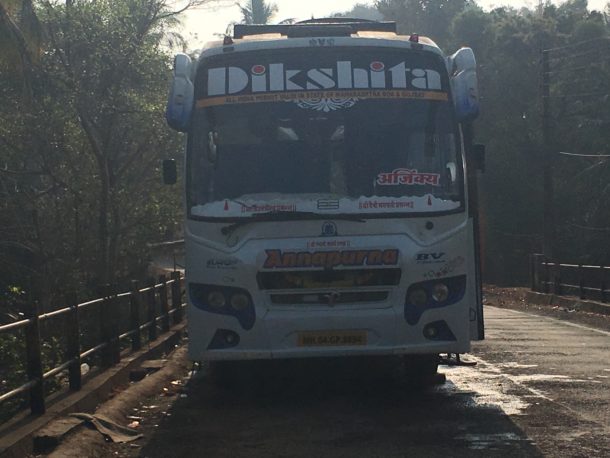 So we found a nice small hotel in Malvan 2 minutes from Chiwala beach and after an afternoon snooze we had a walk on the beach and a lazy rest of day followed by 3 more days of beach relaxation. 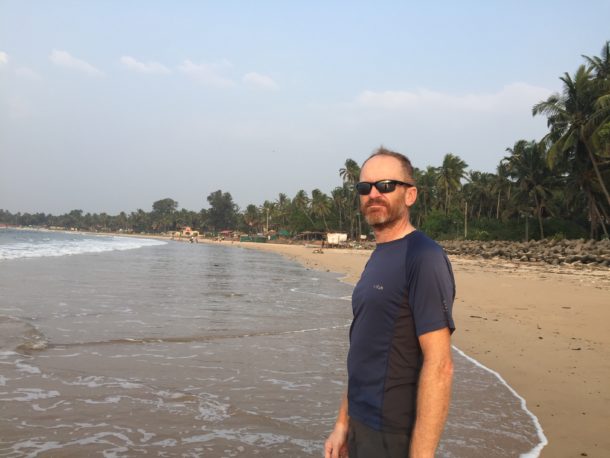 We did take a small ferry boat from Malvan Beach to the nearby Sindhudurg fort, which was built to protect against colonisation from the French, Dutch, Portugese and the English in the 17th century. 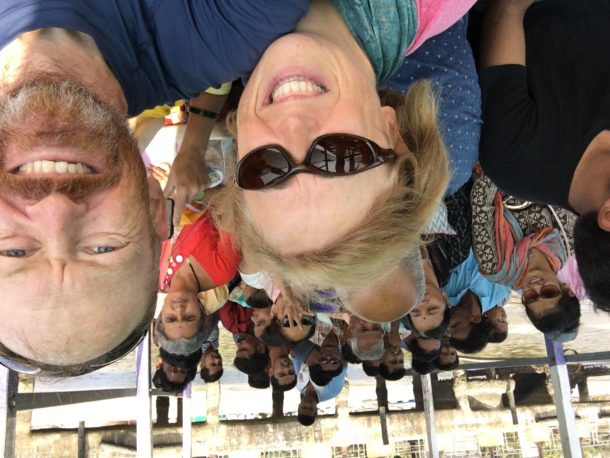 We walked the 3km perimeter wall there …. 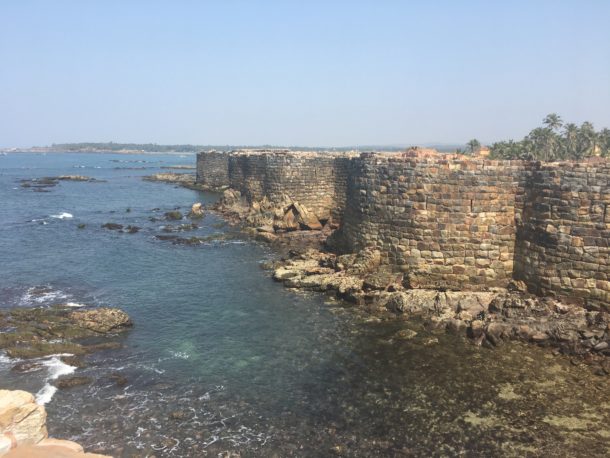 …but other than that we just relaxed and did very little – although we had one night’s sleep interrupted by a loud drunken argument among 3 Indian girls in the room next door, which Nigel diplomatically diffused at 3am!! What a Hero : )

Malvan itself (which was recommended by Martin the Swedish cyclist that we met a few days ago) doesn’t have much going on, but we definitely picked the right place to relax in terms of quiet beach resorts.  The town is about 50km north of Goa and it’s our last stop along the coast before we head inland.  Although we thought we might make it to Goa it was never a given, and we have decided not to put ourselves under time pressure to our tiger safari in Tadoba National Park, which we have booked for the end of February. Our goal was just to have a couple of days off by the beach so that we could completely relax, which we have. We don’t feel we’ve missed anything as the northern Konkan coast has been a really pleasant surprise. We had originally planned 3 nights here but extended it by an extra night as we were enjoying the downtime so much!

Similar to Goa we think that there is a Portuguese influence here as there are lots of catholic and Christian churches which we haven’t come across before. We have experienced amazing sandy beaches that are completely devoid of western tourists and relatively undeveloped for tourists in general, but with enough places to have good choices for food and drinks.  We reckon in about 10 years from now it will be a completely different place – likely to be the new Goa…at least from the beaches perspective! 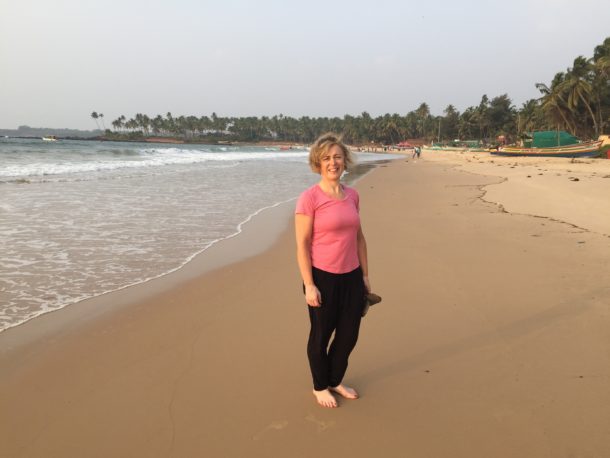 We have previously mentioned hotels and accommodation-types on our Indian journey, but worth noting that the longer we are here the more random it all seems to be and the less we understand it.  First of all, a “hotel” is not necessarily a hotel as we know it – it’s primarily a restaurant; so when we are looking for accommodation we have to ensure that the hotel specifically offers rooms – otherwise it’s just an eatery.  Then there is the randomness of pricing and quality. In our 2 months  we have stayed in a variety of homestays, budget and mid-range hotels and the most expensive does not necessarily mean the best.  We have stayed in great “OYO” hotels (a franchise) and paid £8 for the two of us, which included breakfast, a very clean air-conditioned room, a hot shower and WiFi.  Then we have paid 4-times that for a very basic homestay with none of that – just a bed.  And location has very little to do with it…we were quoted expensively for a basic hotel (with a squat toilet) in the small town of Harnai, which we decided against. Then 500m down the road we found a lovely clean homestay with a sea view, which was far cheaper. There is still obviously a lot of making up the prices because we are westerners going on, so something we just have to get used to I guess!