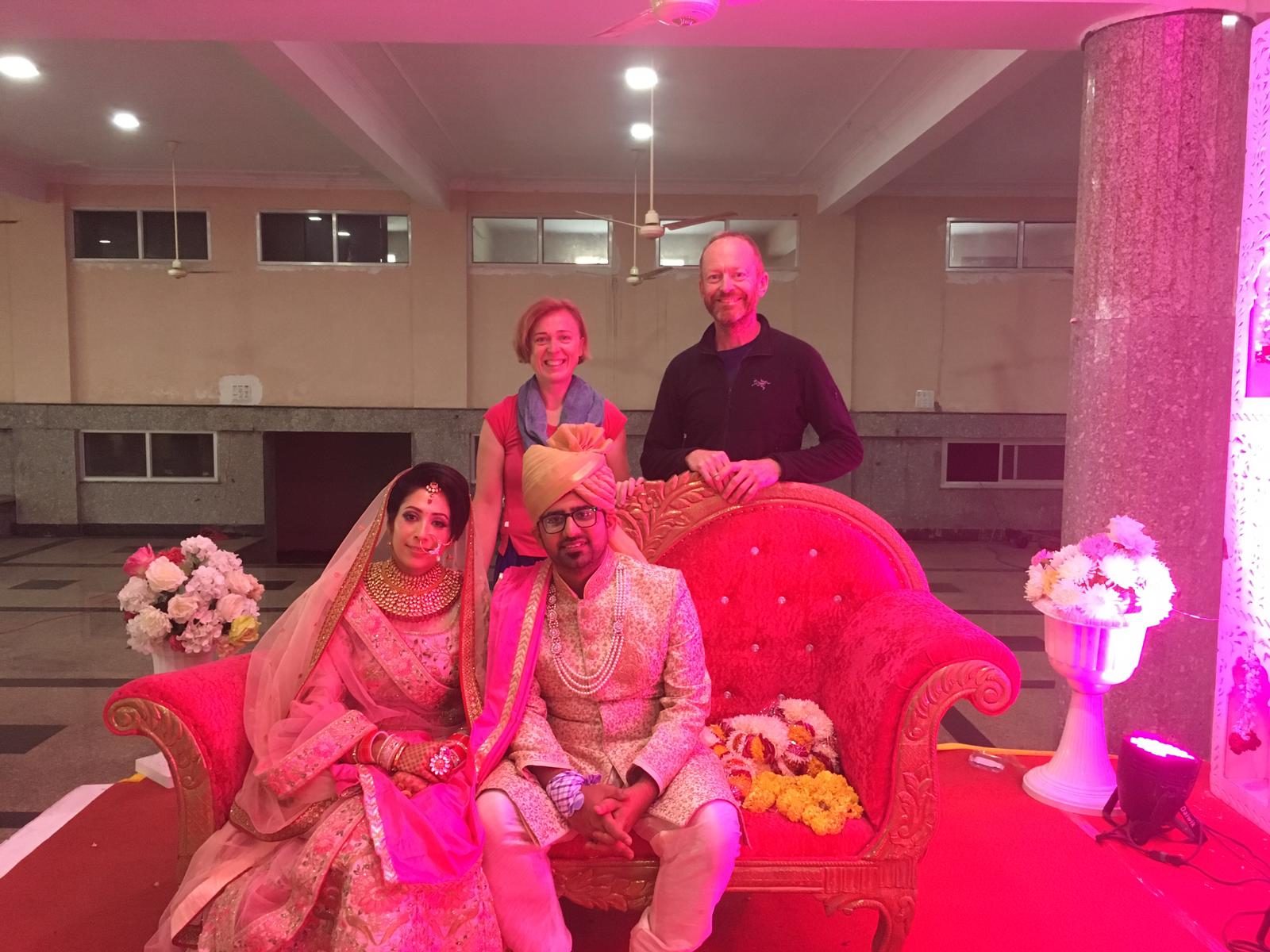 Jaipur is known as the pink city because when Queen Victoria came to visit in 1876, the entire city was painted pink – the colour of hospitality. And it’s still pretty pink  – as well as a lot cleaner and less chaotic than Delhi! 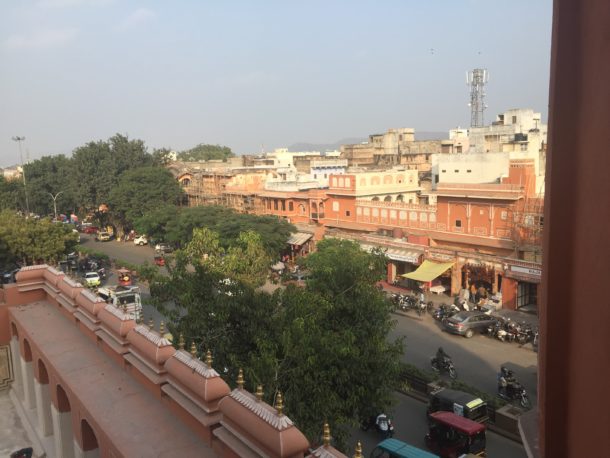 On our first night here, we learned so much about Jaipur and India from our two lovely hosts Manuma and Jassika, and yet again we experienced real hospitality – something we can definitely learn from. 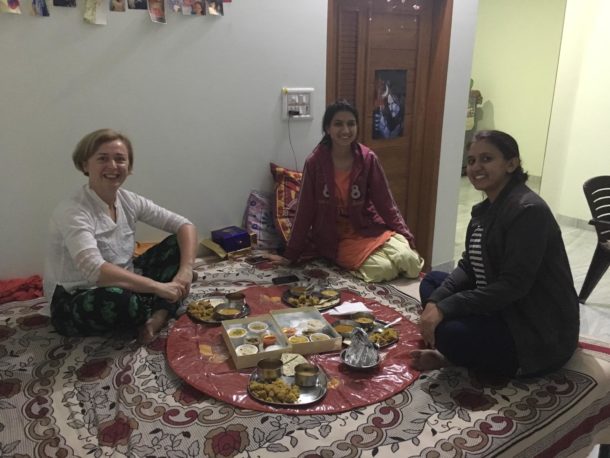 They welcomed complete strangers very generously into their home, expecting nothing other than to learn about a different culture, meet new people and hear about our cycling adventure. And the conversation was definitely two-way as we all had so much we wanted to know.  One interesting thing we discussed was that when they were at school 12/13 years ago, a topic that was often debated was how western influence was changing the Indian culture.  And they say it is definitely having more of an effect now with western clothing becoming more normalised and rather shockingly that nursing homes are not uncommon here any more…when tradition was the children would look after parents in their old age.

Before Manuma went to work in the morning she made us all a home-made Indian breakfast with hot chai.  Chai is not really tea as we know it – it does have tea in it but also crushed spices in full-fat hot milk – and really delicious. What we are disappointed in however is that there aren’t many chai shops or cafes around where you can sit for half an hour to watch the world go by. There are chai “stalls” like this one we saw in Delhi… 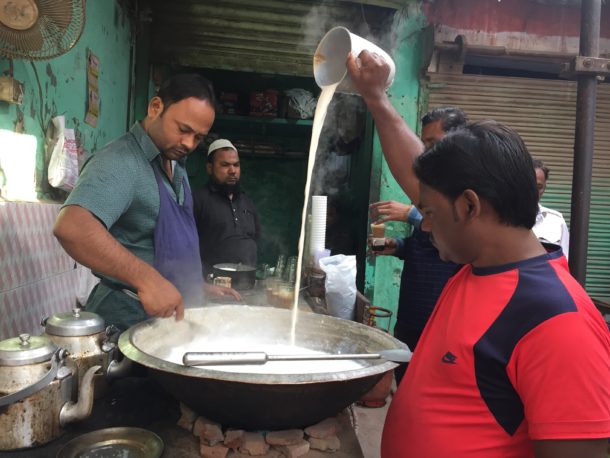 ….but they are drink-and-go and not the relaxing hangout tea thing that we would like to hangout in to observe a bit of city life.  Just one of the many cultural changes we will have to get used to over the next while I guess ….or maybe it’s a business opportunity to open a chai and cake shop for tourists?!

Our few days here have been relaxing and thankfully our celeb status was less intense with only a few requests for selfies and conversations 🙂 But even though it was relaxing, it’s also completely bonkers….with elephants and camels just wandering along mixed in with the traffic…. 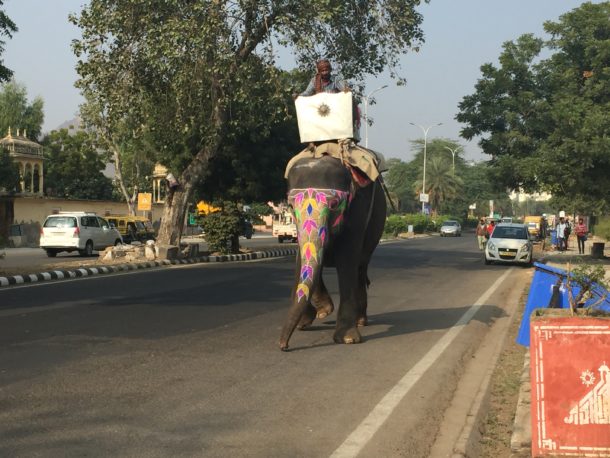 Jaipur is the capital city of the Rajasthan region.  Rajasthan translates as the ‘land of kings’…so as expected it is full of stunning forts and palaces. It is one of the 29 states of India with a population of around 75 million.  To put this into context, this state is bigger than the entire U.K. by almost 10 million people, and Japiur itself is almost half the size of London with a population of over 3 million…tiny compared to Delhi, although it didn’t feel that way to us. 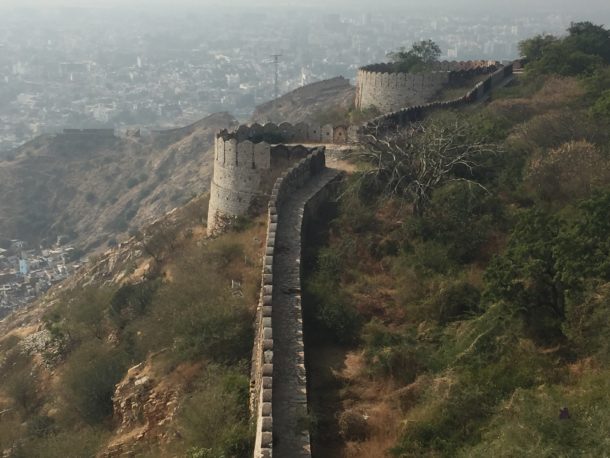 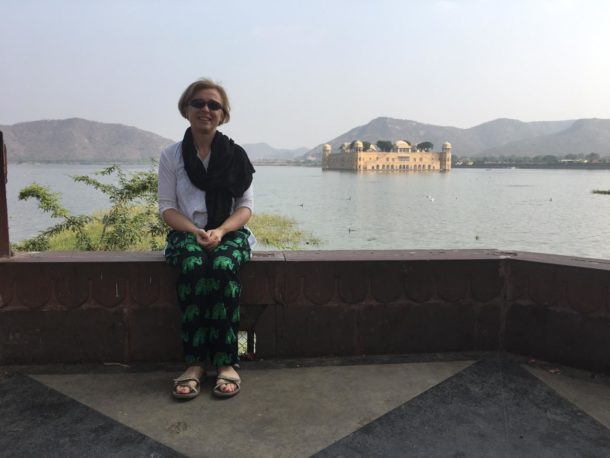 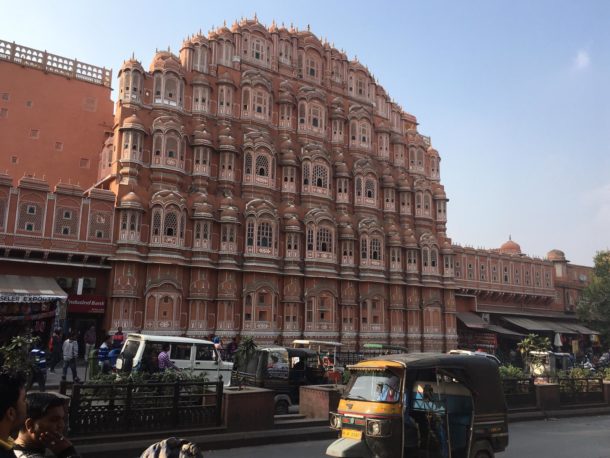 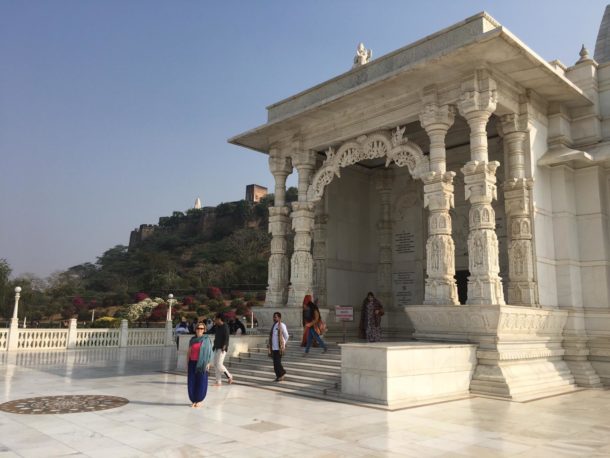 We even ended up at an Indian wedding!! We had gone to see a Gurudwara (Sikh temple) and although we could see there was a ceremony going on we didn’t realise it was a wedding until the bride and groom started to walk out.  A lady came to me to ask if I was with the bride or groom, to which I replied neither…I was a tourist.  Nigel was on the opposite side of the temple as when we came in we had seen that men were on one side and women on the other! By the time he caught up with me I had been introduced to the lady’s son who is a photographer and an experienced traveller and conversation was in full swing.  The bridegroom’s brother then came over to ask if would like to stay for the lunch…..well it seemed rude not to – so we did!! And we spent a lovely few hours with Bhunuram and her son Sharad, who has travelled from Bangalore in the south of the country for the wedding. 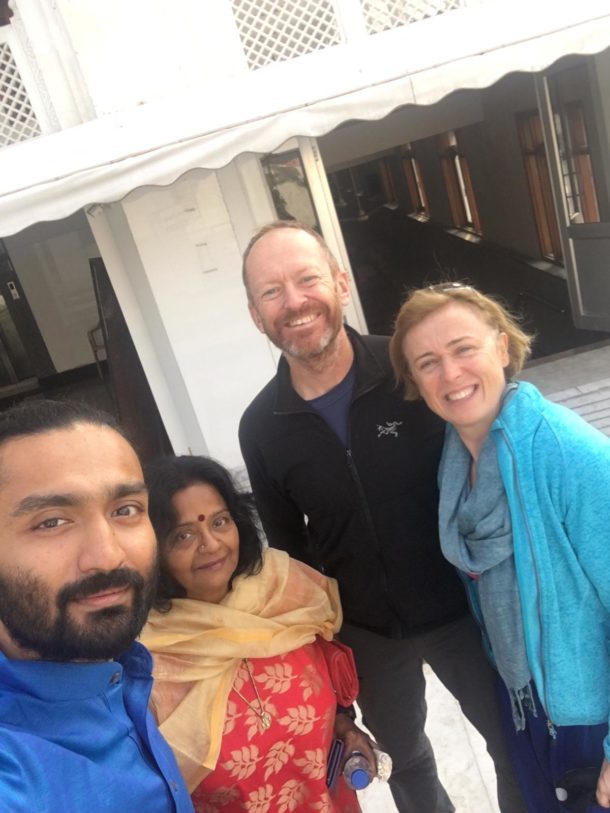 We also met the bride and groom to at least say thanks for letting us gatecrash!  A bit of a surreal experience, but amazing all the same.

And then when we came back to the apartment, there was an evening market going on in the street below so we had to explore that. 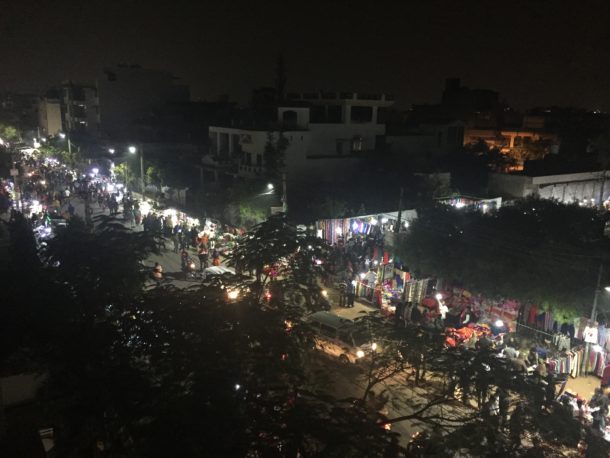 What an amazing couple of days we have had – and with the luxury of coming back to our lovely hosts every night.  What’s also been nice about Jaipur is how easy it is to get around.  We braved a combination of Uber and tuk-tuk – both very cheap and easy…although the seat belts in Uber probably wouldn’t pass ‘elf and safety’ in the UK….there is a seatbelt but nothing to clip it into!  And I think we prefer being on bikes or in cars than pedestrians to be honest as trying to cross a road as a pedestrian is like playing live “Frogger”…that old 1980s video game of a frog trying to navigate traffic to cross the road!