The dizzying heights of Kuala Lumpur 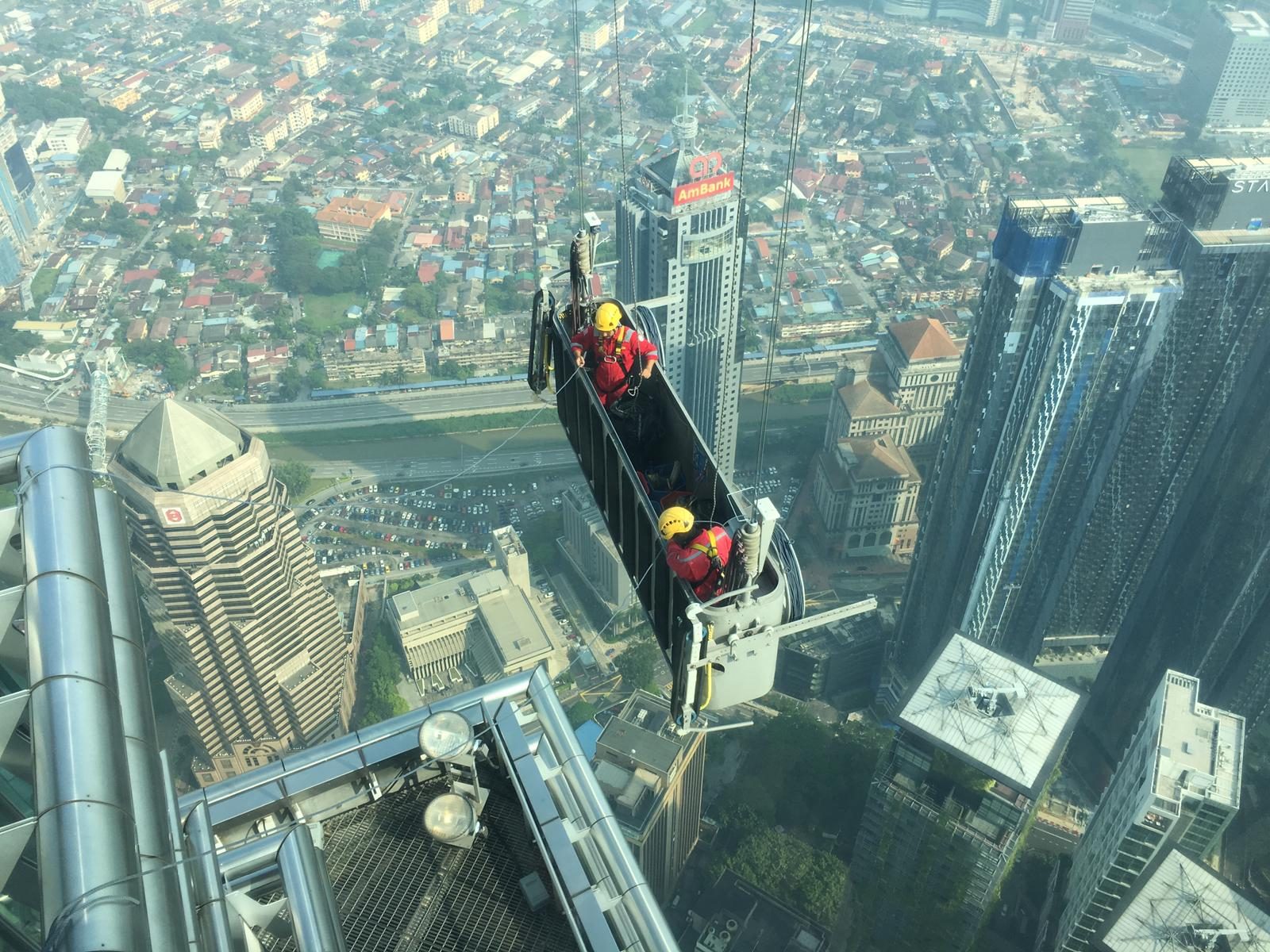 Three days off in capital city number 18 of our journey and for some reason we had both expected Kuala Lumpur to be quite similar to Bangkok.  But it’s nothing at all like it.  For a start it’s much much cheaper for both food and accommodation and the city has a more modern, futuristic feel to it. And where Bangkok was difficult to walk around and we resorted to getting taxis a lot, KL is very walker friendly.  We were fortunate to have chosen accommodation in the Bukin Bintang area, which meant that we were within walking distance of a lot of the tourist attractions, especially the old city with all its amazing history and architecture.  And to give an idea of what we mean we say it’s very cheap, our 2-room apartment which is big enough to store our bikes and has a kitchen, aircon and a washing machine is costing us £15 a night.  Granted it’s not luxurious, but it’s comfortable and clean so we think it’s incredible value for a modern capital city that is oozing designer shops and swanky restaurants – and it’s hard to believe that Malaysia is still classified as a developing country rather than a developed one.  And foodwise our average spend on a local meal is about £1 each! We recently commented that where we eat now in a city has changed considerably from before we started this journey.  Rather than go for a TripAdvisor recommendation that is full of other westeners and tourists, which is what we used to do, we are now happy to suss out the local joints, which we have found to actually have have tastier food and are much cheaper. And it’s a great way to see local life.

First up on our sightseeing adventure we did the Old Colonial trail, which took us around the historic heart of the city with many British colonial-era buildings like this one…..

….the Sultan Abdul Samar Building.  Although it was built in the late 19th century as administration offices for the British government, it was designed in a Mughal architectural style with Moorish influences – and some Colonial features of course.  It’s now the offices for Tourism and Culture in Malaysia.

Our trail took us into Mederka Square (Independence Square), with a huge cricket pitch in the middle……

…and then along the River of Life walk, a regeneration project to restore the river area, which surrounds one of the city’s oldest mosques. This photo is a great example of how KL combines the old and the new throughout the city…a pretty old historic building surrounded by shiny, new modern skyscrapers.  We can’t think of anywhere else we have been that does it so well!

We also encountered this rather large lizard on our river walk, which isn’t something you would expect to see in the middle of a busy city. From nose to tail it must have been at least a metre and a half long…!

We ventured into Chinatown which, as well as many shophouses and markets, had some fantastic and interesting temples.

The must-see of our trip was a visit to the Petronius Towers – the highest twin towers in the world – the design of which is apparently supposed to represent the’M’ for Malaysia, but I can’t see that….!  But they are quite majestic all the same.

A limited number of tickets at specific time slots are issued to visit the skywalk, which joins the two towers together (floor 41 at 170m high), and the observation deck on the 87th of its 88 floors. We had read that you could only buy tickets on the day but I found tickets online, took a chance and bought them, despite worrying that they were potentially fraud.  But when we turned up they were the real deal and what was great is that the limited numbers mean that for such a main tourist attraction it really wasn’t busy. In fact none of the tourist trails or attractions here have been that busy so we wondered if it’s because we are out and about so early or because it’s rainy season and there aren’t many tourists, but regardless, we weren’t complaining! Despite the haze we had we had some great views from the skywalk ….

The towers themselves are made up entirely of offices and there is a HUGE shopping centre below it that makes Canary Wharf look like a village store in comparison.  It was a bit of a strange experience for us to step back into the world of consumerism for a short time while we had a coffee there after our visit.  Considering what we have seen on our trip so far it almost felt surreal.

We also visited Batu Caves, which is a series of caves and Hindu temples in a limestone hill on the outskirts of the city.  A huge statue of Lord Murugan sits at the bottom of a big craggy outcrop beside 272 colourful steps leading to the caves…

Inside the caves is pretty spectacular despite a bit of a pong from bats and monkeys.

One evening we had dinner at the Jalan Alor night market, which was heaving with food stalls and loads of Asian tourists.  Truth be told we enjoyed the people-watching much more than the food!

And on another evening we visited the KL tower, a communications tower and the 7th tallest freestanding tower in the world, so that we could get a night view of the city.

And there were some fantastic views to be had….

….as well as a thunder and lightning storm to watch.

A great few days off and definitely a city we would like to come back to!