Istanbul (not Constantinople) and a Turkey round-up! 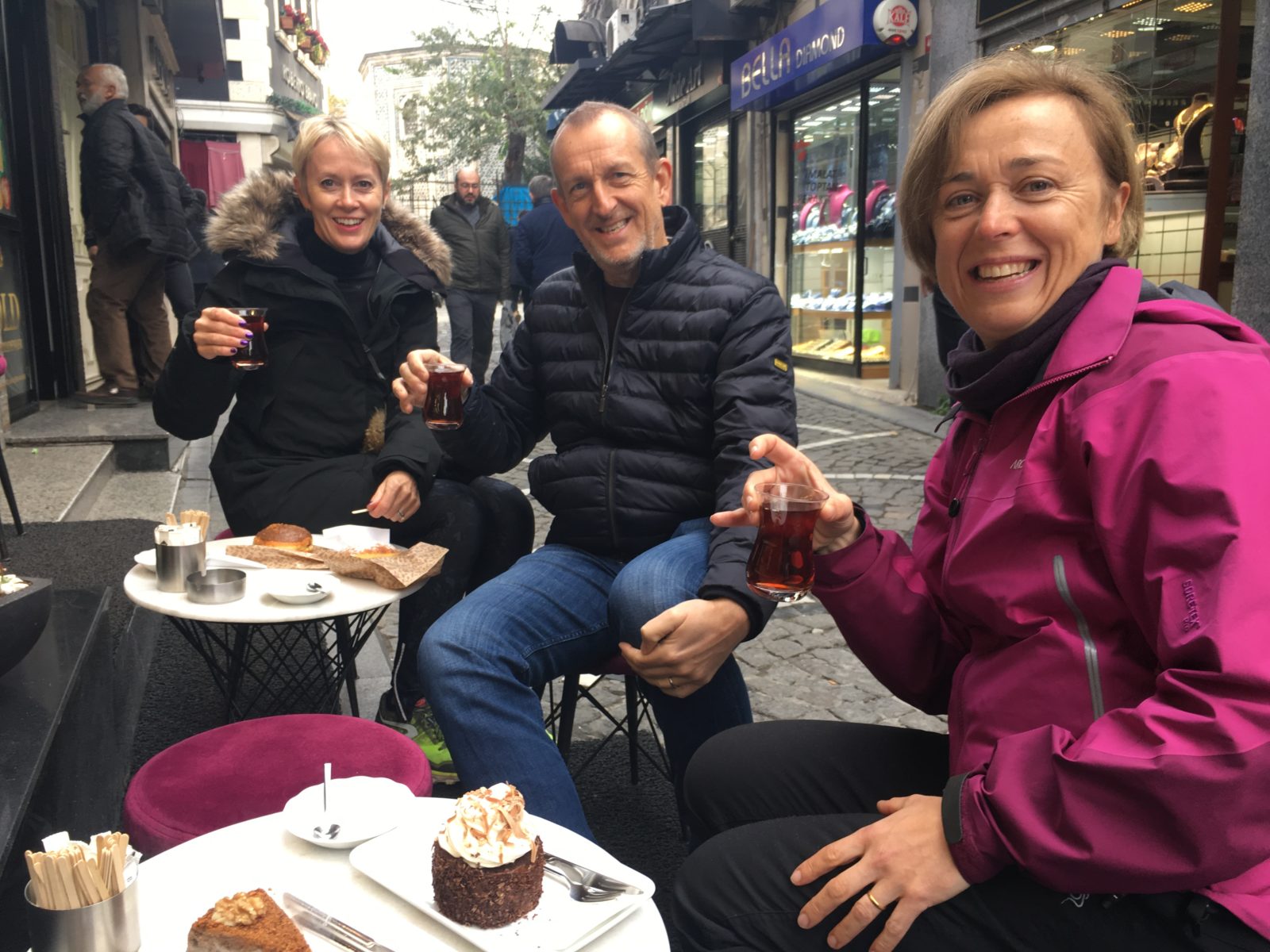 So, we got to Istanbul in one piece and then relaxed….we’ll actually it didn’t work out that way! We had a list of things to do here which included visa enquiries, bike maintenance, getting cardboard for transporting our bikes, a load of admin, haircuts, plus a long list of other things. We decided to try to get as much out of the way early on in our stay so that we could relax with our friends, Sue and Phil, who were due to come out for the weekend.

We wanted to see if we could apply for Bangladesh visas here, so made the 1.5 hour trip to the consulate and then wished that we had checked to see if it was open. It was closed for a holiday, so we had to do it all again only to find that we couldn’t apply whilst in Turkey! We did have to use the Metro and buses for this exercise which was quite interesting – and even fun once we had figured it out!

One other notable event was the collection of a parcel of bike bits which we’d had sent out from the UK. The parcel had been sent to our original AirBnB host, Ugur, but had been held at the main Post Office Depot as it had come from abroad. Basically we spent 5 hours travelling across Istanbul and back with Ugur to finally collect the parcel and stump up import tax. Though it was a bit of a pain it did show to us that Istanbul is a very big place – apparently 20 million people live here (and we think London is big!). The other chores had us running around like blue-arsed flies for the next couple of days, after which we felt we could switch off somewhat and enjoy ourselves.

Sue and Phil arrived from the UK and we met them at their hotel, which has a rooftop restaurant and bar with amazing views of the Blue Mosque and the Ayasofya, two of the main landmarks in Istanbul. We decided to stay on in the restaurant for a lovely dinner and leave the exploring to the following day. 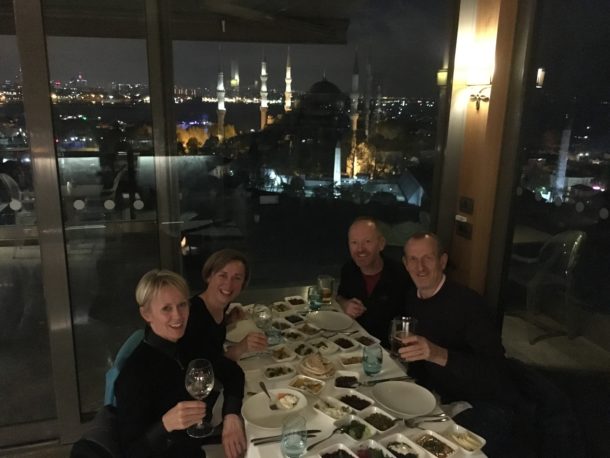 Over the next two days we visited the Blue Mosque, which is currently being refurbished so rather disappointingly the inside was covered in scaffolding and covers… 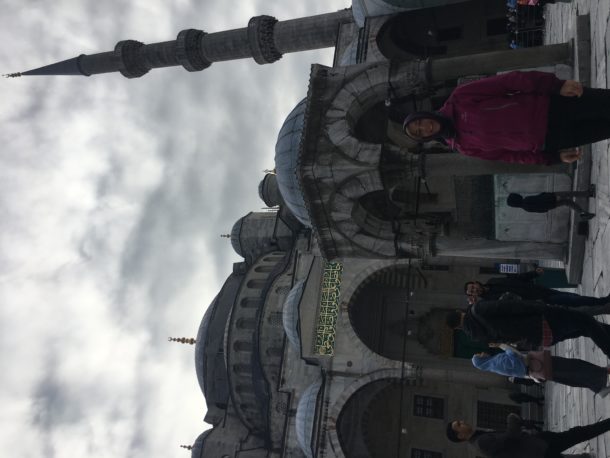 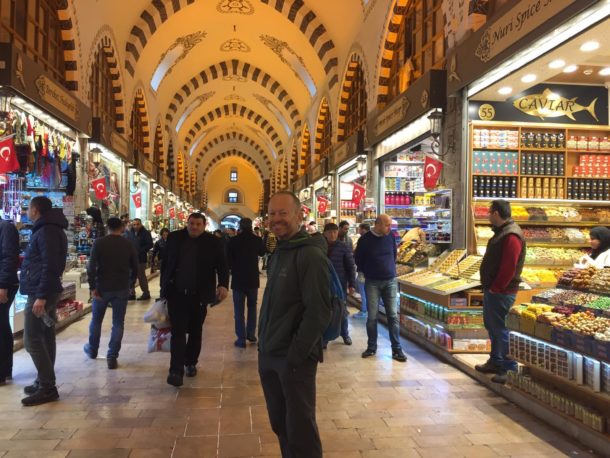 saw the outside of Ayasofya, went to the top of the Galetta Tower for great 360 views…. 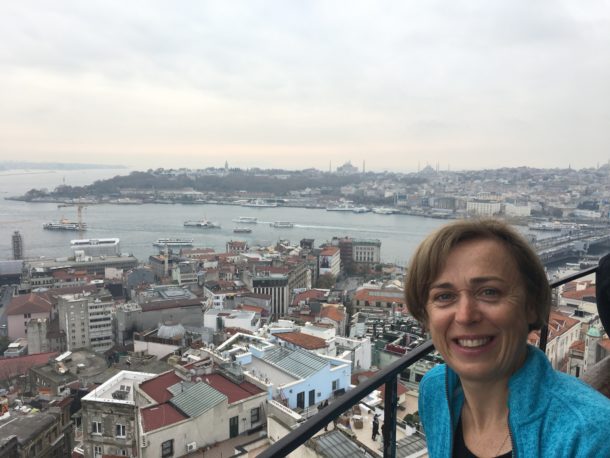 ….walked to Taksim Square, wandered around the oldest underground Roman cisterns in the city…. 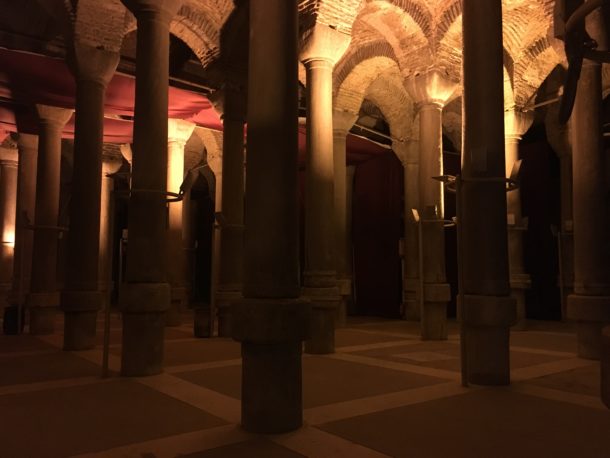 …took a ferry to the Asian side and basically ate and drank our way around town! 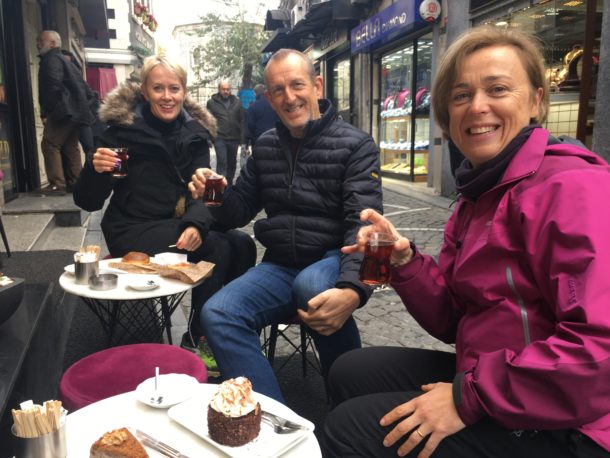 We were lucky with the weather while they were there because once Sue and Phil left it took a turn for the worse and it chucked it down with rain. This meant we didn’t feel the need to rush around to see more things and allowed us to get on with bike maintenance and planning for India.

Tuesday was the best day of the week and so we decided to get out and about and went for a two-hour boat cruise on the Bosphorus, which was well worth it. 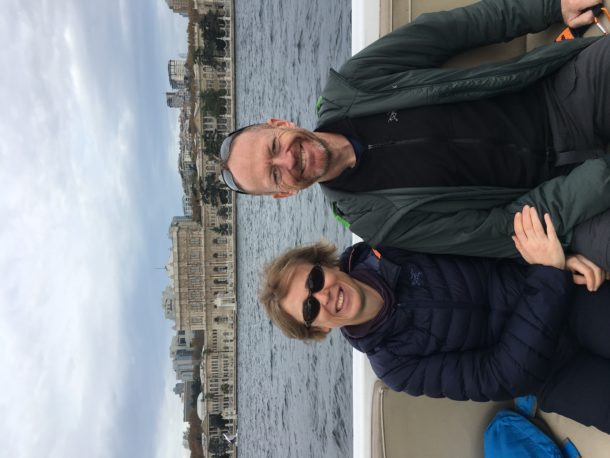 We also finally plucked up the courage to have a doner kabab (well, actually a wrap!), which turned out to be very nice! 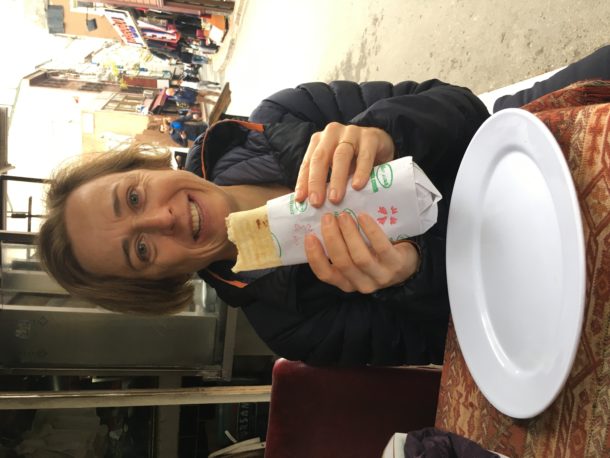 The rest of our time in Istanbul has been preparing for India though we have managed to get out and eat more cake! And on our last morning here we had breakfast with Rita, another long-distance cyclist who was staying in the same apartment block as us.

The following are our Turkey observations over the past 2.5 weeks…

1. Turkish roads are actually very good quality with very few potholes. It’s the drivers that are the problem! They very obviously rule the road here and won’t even brake for pedestrians – we’ve seen small children almost run over on more than one occasion…so it’s not just cyclists they don’t care for!

2. There are a lot of flags here, enough to rival the amount we saw in Denmark. In particular there are enormous flags on huge flagpoles billowing in the wind.

3. Plastic – although the countryside and city are surprisingly clean they use plastic bags for everything, and found it quite amusing when we refused them, preferring to carry small items.

3. There is the smell of coal fires in the towns and cities – we’re unsure if this is central heating or power stations, but it’s something we’ve not come across so far.

4. Tea is a national obsession – there are tea shops everywhere and people taking trays of teas to offices and shops throughout the day. 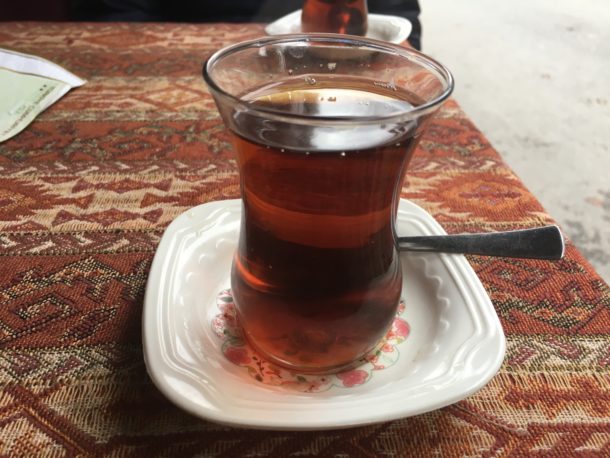 5. The horse and cart is back! We’ve even seen them in Istanbul as well as chickens roaming free next to a busy road in a built up area.

6.  The rag and bone man is alive and well! Lots of them out and about in Istanbul calling out for scrap.

7.  Nothing has prices marked except in supermarkets, so we quickly established that there is one price for Turks, another for foreigners if you can be bothered to haggle every time.  Exhausting when you only want a toothbrush!

6. Finally, the food is excellent and also a national obsession – there are eating establishments everywhere and it can be difficult trying to choose one! 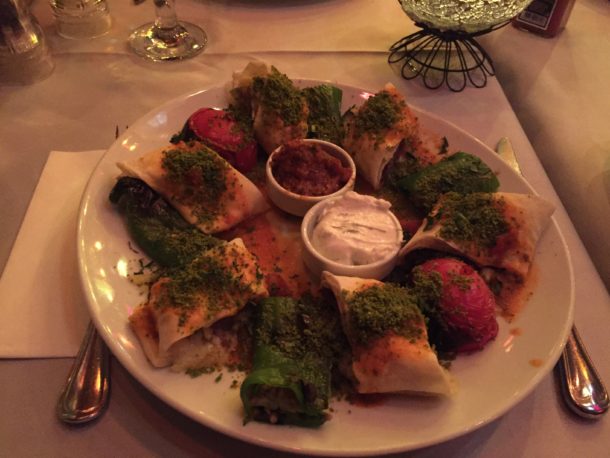